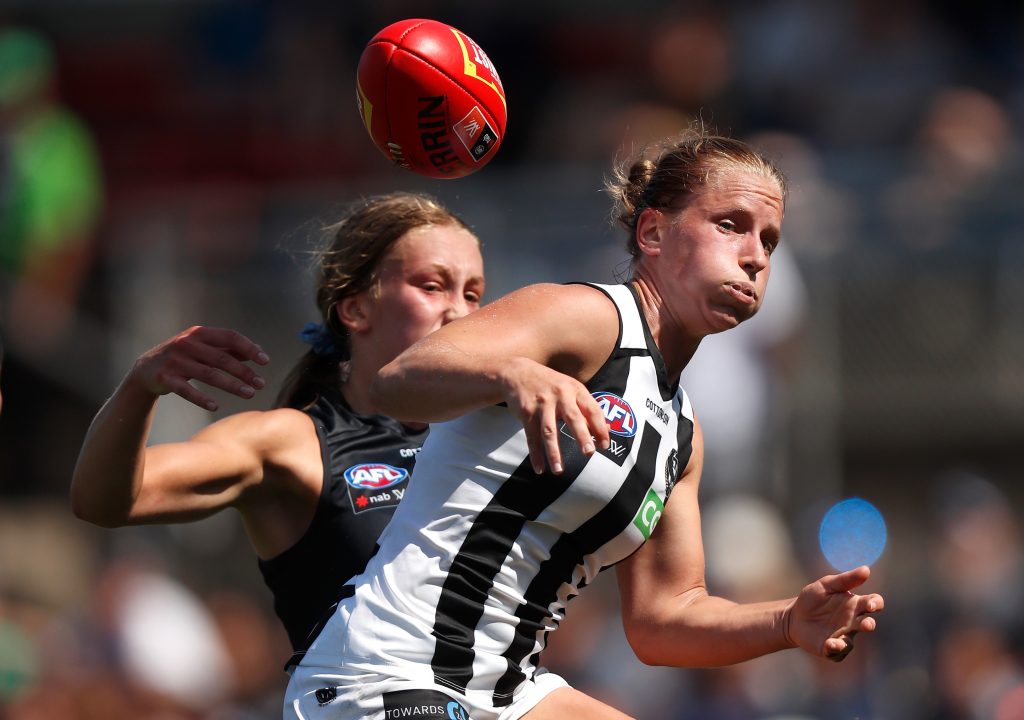 CARLTON and Collingwood will lock horns on AFL Women’s opening night for the third time in five seasons when the rivals clash at Ikon Park on January 28. The Thursday night fixture kicks off from 7:15pm and will be telecast on Channel 7, one of four free to air games in Round 1.

The 2021 AFL Women’s fixture – released today – outlined the nine-round no-conference system which means the 14 teams will just play eight of their opposing sides. The top six will qualify for a three week finals series where the top two sides will earn a bye, and the third through to sixth sides will face off in elimination finals with the winners to face the top two teams. From there, the grand finalists will be decided in what will be the first time a premier is announced in two seasons following the cancellation of the year with two weeks of finals remaining in 2020.

Looking at the 2021 opening round fixtures, following the Thursday night clash between the Blues and Magpies, St Kilda will take on Western Bulldogs at RSEA Park in a repeat of last year’s Round 1 clash. On Saturday, January 30 a double header across two states takes place, as Adelaide travel to Casey Fields to go head-to-head with Melbourne, while Gold Coast hosts West Coast in a battle of the second year teams at Metricon Stadium. On Sunday, January 31, Richmond hosts Brisbane Lions, Geelong welcome North Melbourne, and Fremantle hosts GWS GIANTS.

The second round of action is a throwback to the suburban grounds as Whitten Oval, Arden Street, Norwood Oval and Victoria Park are all among the grounds hosting games. It will be a part of Pride Round, with Western Bulldogs and Carlton – the two pioneers in promoting equality – kicking off the round under lights on Friday, February 5.

Round 5 will mark Indigenous Round where West Coast and St Kilda will play on Friday, February 26 at Mineral Resources Park. North Hobart will host the clash between North Melbourne and Richmond, while Carlton and Melbourne go head-to-head on Sunday, February 28 in what is expected to be a blockbuster clash.