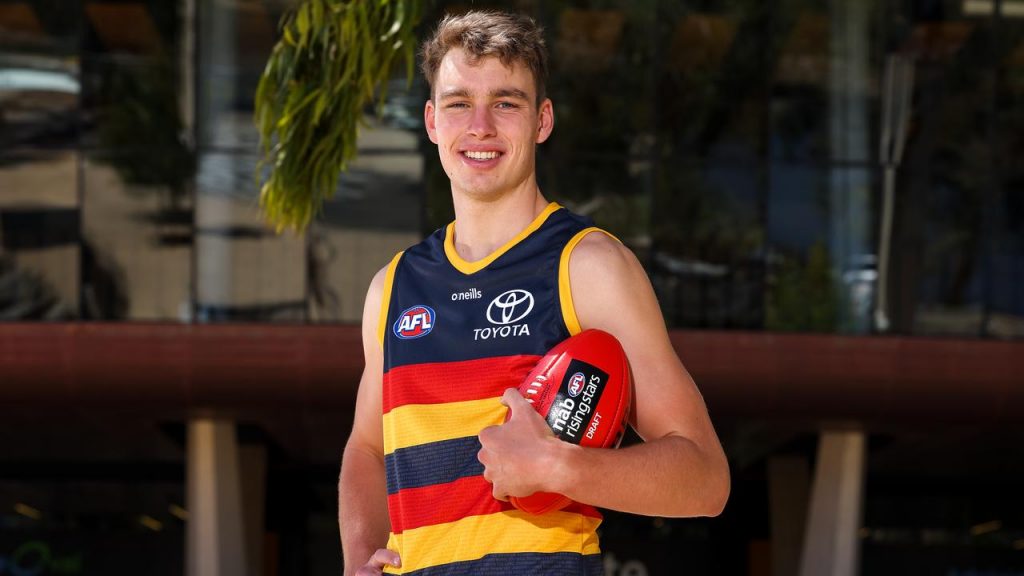 ADELAIDE went into the 2020 AFL Draft holding all the power with pick one and knowing it would need to absolutely nail each pick or movement as its rebuild continues. Armed with the greatest draft points total of any side coming in, the Crows were able to bolster their midfield stocks, fulfil the pressing need for a genuine small forward, and obtain one of the best tall prospects available to form their list regeneration around. With all bar one of Adelaide’s picks originally hailing from South Australia, there was a real local feel to this draft haul.

Adelaide had no problem relinquishing its pick one status in using it to place a bid on Western Bulldogs Next Generation Academy (NGA) member Jamarra Ugle-Hagan, which was inevitably matched. Having subsequently slid back to the second selection, the Crows were delighted to snare local bigman Riley Thilthorpe, a genuine key forward who can also rotate through the ruck. National recruiting manager Hamish Ogilvie shared the view that Thilthorpe had long been the best player for his age group in the State, helping confirm the feel-good local choice. Out of West Adelaide, the 201cm talent should prove a pillar of Adelaide’s rebuild and with senior experience under his belt, will likely be given early opportunities if fit.

The Crows then pulled one of the shocks of the first round by pouncing on Luke Pedlar with pick 11, an explosive inside midfielder who may begin his career up forward. The Glenelg product was also captain of this year’s Prince Alfred College side and while injury cut his season short, Pedlar showed enormous quality at each opportunity. The Crows obviously rated him highly and were happy to act at such a high cost with the likes of GWS and Fremantle lurking within the next few picks. The lone Victorian of the group, Sam Berry is another hard-working midfielder who will add to Adelaide’s ball winning stocks, likely to provide great value at pick 28. Speed is his main knock, but his effort and endurance are high-level.

From one bolter in Pedlar to another in Brayden Cook, the Crows obviously did their homework on the vast array of SANFL products this year. The South Adelaide wingman/forward came from seemingly nowhere to enter draft contention this year with 26 goals in 13 Under 18 games. He has grown nicely and shown an equally steep rate of development; with overhead marking, goal sense, and creative nous his main weapons. Mature-age small forward James Rowe rounded out the Crows’ National Draft intake at pick 38, right after Carlton nabbed Corey Durdin. The Woodville-West Torrens goalsneak booted 38 majors this year to top the SANFL charts, showcasing impressing natural smarts and ability inside 50 to suggest he could slot into the Crows’ starting side immediately.

Adelaide also got their man in Jackson Hately, who returns home after quitting GWS at the end of this season. The tall midfielder fits the Crows’ need for midfield depth and is an absolute steal at effectively no cost in the preseason draft. A sense of deja vu came over fans as Bryce Gibbs was called out with pick one, only this time in the Rookie Draft and purely for administrative reasons. He will be moved onto the inactive list and remain retired in 2021. The Crows also managed to land their two NGA products in James Borlase and Tariek Newchurch through Category B listings, a terrific result given their levels of talent and potential to develop.