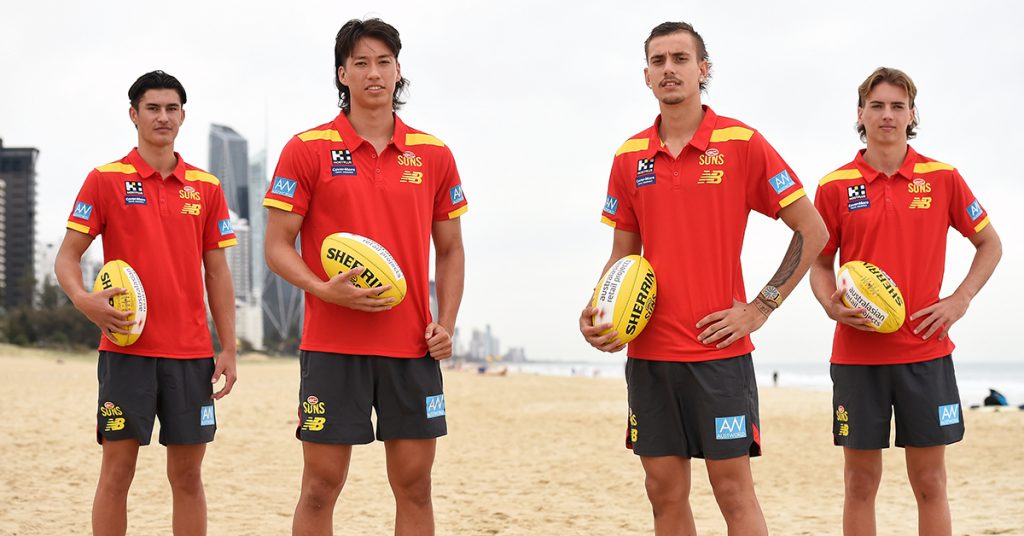 GOLD Coast Suns have confirmed their four pre-listed players today with Aiden Fyfe, Alex Davies, Joel Jeffrey and Rhys Nicholls all committing to the club ahead of the 2020 AFL Draft. Under the AFL rules that came in prior to the 2019 AFL Draft the Suns were able to pre-list players without having to match bids on them, and have opted to select these four talented players.

Alex Davies and Joel Jeffrey were long touted as Top 25 prospects and were expected to be pre-listed from very early on in the year. For Aiden Fyfe and Rhys Nicholls, it is a reward for effort throughout 2020, having had sensational seasons with Broadbeach and Labrador in the Queensland Australian Football League (QAFL) competition respectively.

Here is all you need to know Suns’ fans:

AIDEN FYFE DRAFT PROFILE
POSITION: Outside Midfielder/Defender
DRAFT ANALYSIS: “Fyfe is a tall winger who is arguably better suited at half-back where he can take the game on in transition”

ALEX DAVIES DRAFT PROFILE
POSITION: Inside Midfielder
DRAFT ANALYSIS: “Davies is a strong inside midfielder with clean hands, poise, and agility, making him one of the prime extractors in this year’s cohort”

JOEL JEFFREY DRAFT PROFILE
POSITION: Key Position Utility
DRAFT ANALYSIS: “Jeffrey is an exciting key position prospect who utilises his terrific reading of the ball in flight and athleticism at either end of the ground”