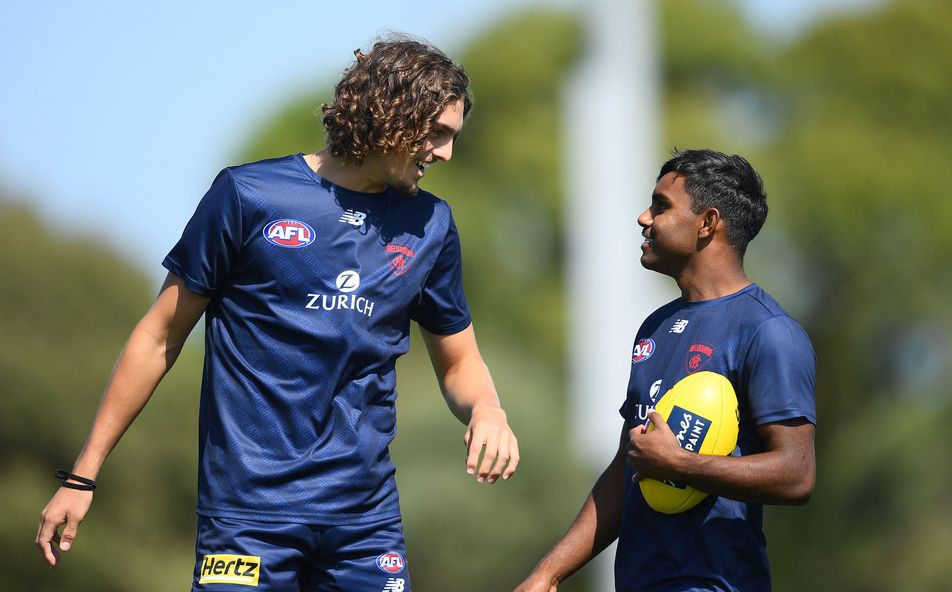 Next under the microscope is Melbourne, an enigmatic side of late which narrowly missed out on returning to finals action in 2020. As they often find a way of doing, the Demons have traded back into the first round of this year’s draft, currently holding picks 18 and 19. They obtained those consecutive selections among a raft of deals made in a busy trade period, though some key list needs are still apparent. After another campaign defined by steep peaks and troughs, Melbourne fans and staff alike will be keen to again bring in a couple of first round talents who can impact in year one, much like Luke Jackson and Kysaiah Pickett did in their debut seasons.

After the impending academy bids billed for round one, Melbourne’s first pick will inevitably be pushed back into the early-20s. It is the kind of range where the draft pool begins to even out, meaning a bunch of prospects could be in contention. Given the Demons still have a couple of pressing list needs to address, they have a good opportunity to do so and narrow the factor of evenness. Should a running outside midfielder be the priority, Nathan O’Driscoll may be a talent of interest. His value is a contended topic, but his work-rate, penetrative boot, and inside/outside balance could suit the Dees. Though akin to Trent Rivers, he could also end up a slider in round two.

Fellow West Australian Jack Carroll is in a similar boat as one who can develop on the outer or off half-back before moving to the inside. He may already be taken though given his suitors in the first round, but the upside is there aplenty. Oliver Henry suits a need as that dynamic marking forward who also finds the goals, theoretically taking a scoring load off Bailey Fritsch along with the inclusion of Ben Brown. The Demons could potentially kill two birds with one stone and look at Brayden Cook with this pick too, a wingman who also thrives close to goal. As one of this year’s great bolters, the South Australian managed to lead the disposal and goal charts for his side at times this season. The list goes on, but Melbourne will have great flexibility to assess what is on the board and ideally take two of their main targets back-to-back.

Having already made their big move into the first round during trade period, the Demons may opt to stay a little quieter during live trading. There is still a bit the Demons could do though, starting with the potential to package a combination of picks 18, 19, and 28 to move up the order. Three may prove the magic number for Melbourne in terms of picks taken, so 50 could be passed on, and 28 might provide an avenue to strengthen the Dees’ 2021 hand, which currently features second, third, and fourth rounders tied to other clubs.

Which list need will Melbourne prioritise with its first rounders?

Will Melbourne fill one list need and then pick the best available?

Can Melbourne move up the order?

Can Melbourne nab a surprise slider?

Will Melbourne look to bolster its 2021 hand?