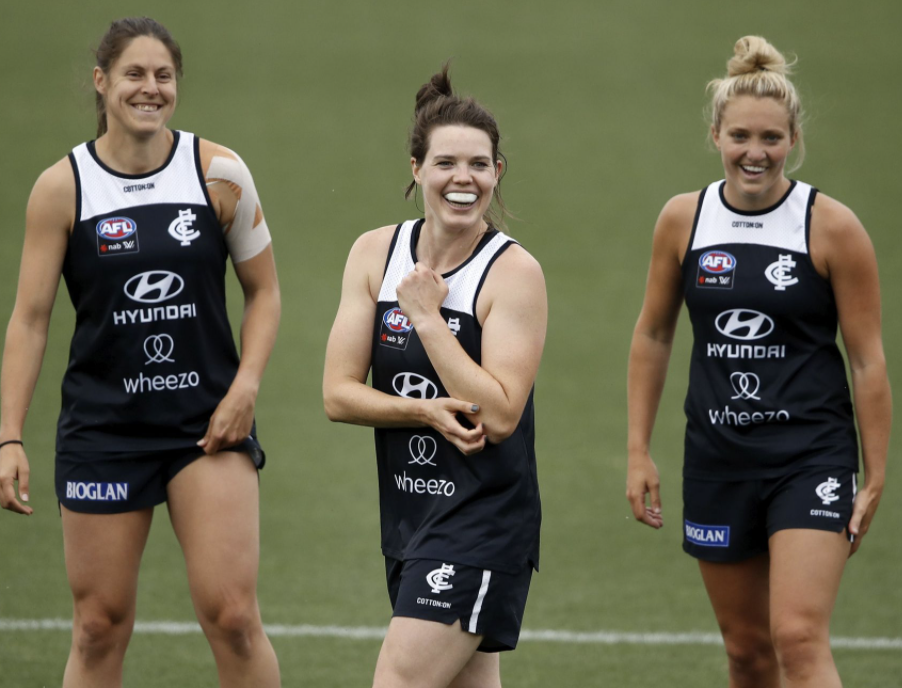 THERE were several important off-season trades that will impact AFL Women’s, as some big names moved to premiership contenders and others relocated in search of a fresh start.

We at Draft Central have decided to name what we consider the top five AFLW recruits ahead of the 2021 season.

Former Melbourne co-captain O’Dea was the biggest coup of the trade period, as she will immediately boost the Blues’ midfield and provide valuable leadership. In her four years at the Demons, O’Dea averaged 17 disposals, four tackles, three inside 50s and three marks per game. It will be daunting for opponents to have to deal with O’Dea playing alongside the likes of AFLW best and fairest Maddy Prespakis and Darcy Vescio at Ikon Park.

Campbell was a surprise inclusion for North Melbourne over the trade period and will add important depth to their midfield. Coming from Richmond, Campbell has strong contested ball traits and makes good decisions under pressure at stoppages. She averaged 12 disposals, five tackles and two inside 50s in her debut season. Learning from the likes of Jasmine Garner and Emma Kearney will only help elevate the 24-year-old’s game, so expect her to help the Kangaroos contend for the 2021 premiership.

One of three Sarah’s moving to Richmond in 2021, D’Arcy will bring significant experience and football smarts to Punt Road. The 28-year-old played 24 games and kicked ten goals for Collingwood while averaging 10 disposals, three marks and two tackles across her four seasons. Richmond’s Head of Women’s Football Kate Sheehan said that the club hopes to reinvent D’Arcy as an attacking half-back. This will be an interesting development to keep an eye on.

Hosking has not missed a match since AFLW’s launch in 2017 and will be a major addition to the Tigers’ lineup. Crossing from Carlton, the 24-year-old midfielder is brilliant at the contest and will provide fantastic support for Richmond’s reigning best and fairest winner Monique Conti. Hosking averaged 11 disposals, three tackles and three marks in 2020, and she is also capable of hitting the scoreboard.

McCarthy is an important addition to West Coast’s midfield, as they prioritised increasing their midfield depth in the off-season. The Irishwoman started her AFLW career as a forward but transitioned into the Bulldogs’ engine room in 2020, averaging 13 disposals, four tackles, three marks and two inside 50s across the six matches. For her efforts, McCarthy finished fourth in the Victorian club’s best and fairest. Do not be surprised if she features heavily in West Coast’s count at the conclusion of 2021.