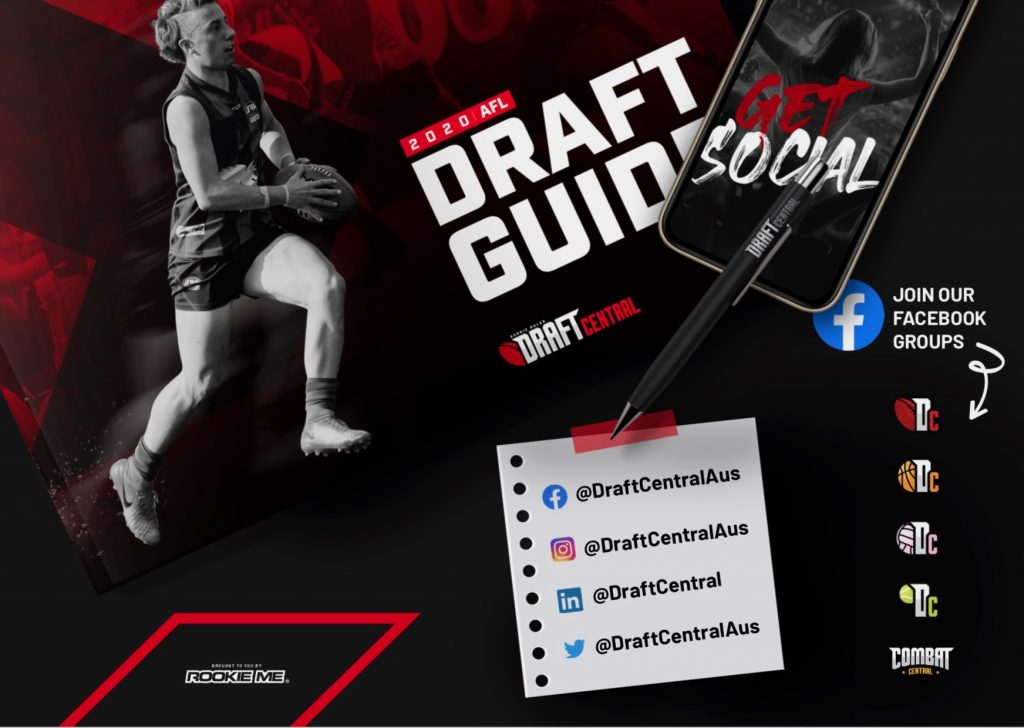 This year’s edition will be released next Monday at 8pm, with more than 140 pages featuring every AFL Draft Combine invite profile. The profiles are largely similar to last year with some terrific additions such as key numbers – featuring relevant statistics and testing results – and links to their full draft profiles. Each player’s AFL Fantasy score will also feature in their profile, as well as rating their on-field and athletic traits.

Along with the Draft Combine profiles, there is a section of Others to Watch, with the Academy Hub players, as well as some over-age and mature-age prospects included with pocket profiles. While the 2020 AFL Draft is the focus, we will also cast our eye forward 12 months to the 2021 AFL Draft and feature 21 names to watch out for, as well as our top pick for the number one selection.

Last year the Draft Guide featured a review of the AFL Women’s Draft, and whilst it will not be there this year, there is a surprise announcement about the next instalment in our magazine series.