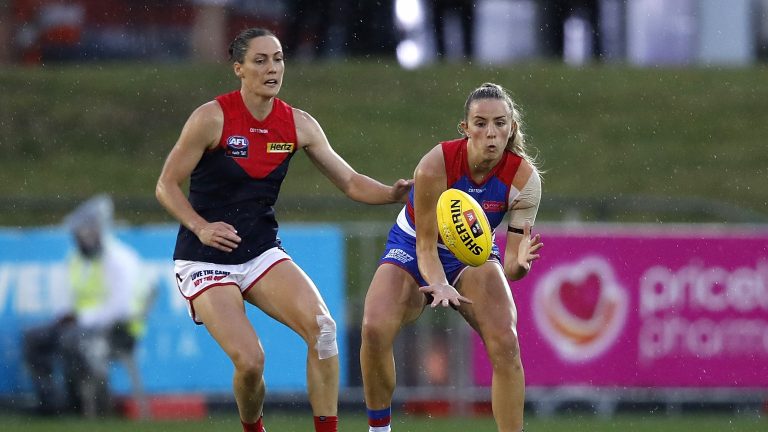 As we lead into the 2021 AFL Women’s season, Draft Central is highlighting the top players to watch from each club. Here is part three of the series, this time taking a look into four of the bottom sides in 2020 which will look to move up the ranks this season after combining for just four wins last season.

There is always major pressure on pick one of the draft in any sport, and this is no different for McKenzie. Richmond did not win a game in 2020, so they will be hoping that McKenzie adds a spark that can propel them away from the bottom of the ladder. She has great versatility, with proven capabilities as a midfielder and a half-forward. Her kicking ability on both sides and elite fitness level set her apart from the other draft prospects, so look for these qualities to shine through at the Tigers in 2021.

Despite having just one year of AFLW experience, Greiser is already one of the most exciting players to watch in the competition. Her ability to change any game within minutes is quite incredible, as she has an imposing presence up forward and can kick crucial goals at any stage. She finished second in AFLW’s 2020 leading goalkicker award with ten goals in six matches, which was particularly impressive considering her Saints only won two of their six games. Greiser averaged nine disposals, two marks and three inside 50s as well, and she made the AFLW All-Australian side for her efforts. The 21-year-old will attract many fans through the gates at Moorabbin – if possible – in 2021.

Lewis was taken with pick three in October’s AFLW Draft and will immediately improve the Eagles’ midfield stocks. The youngster from Claremont has elite running power, speed and applies plenty of pressure. Lewis thrives at the contest, enjoys the physicality and is always willing to take the game on. It will be entertaining to watch her make an impact for West Coast in her debut season.

The number one pick in 2019’s national Draft, Newton was one of the Bulldogs’ most prominent young guns. She played every game, averaged 13 disposals and led her club in tackles with a highly impressive 42 in six matches. Newton also ranked second at the club for contested possessions and marks while sharing responsibilities up forward and through the midfield. Expect her to take her game to another level and impact the scoreboard more in 2021.