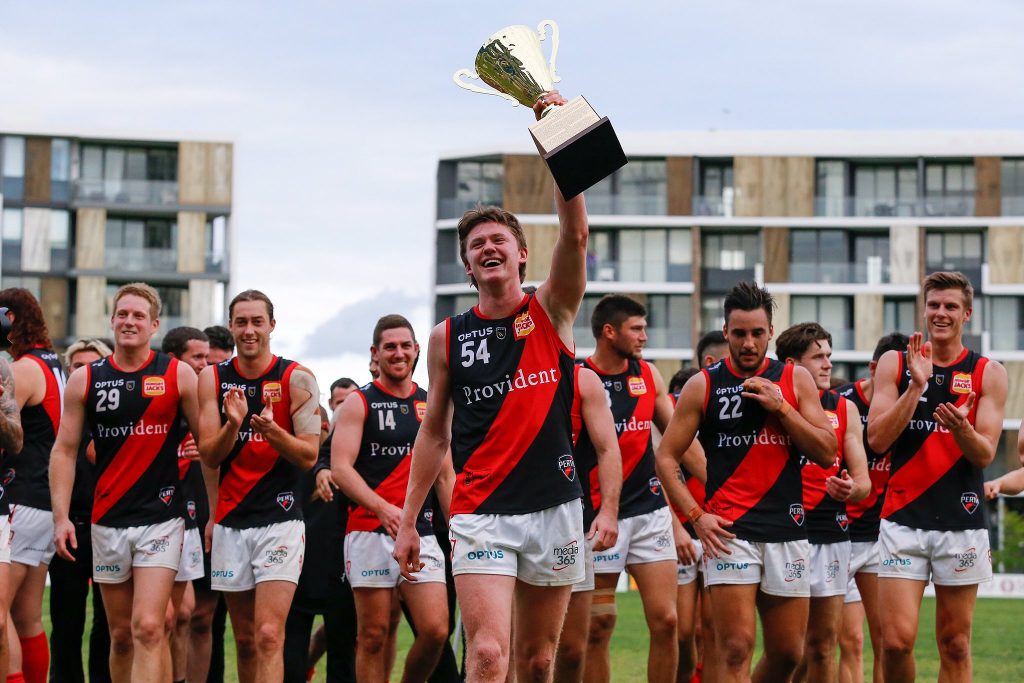 OVER the past few weeks, Draft Central launched its brand new series of pocket podcasts, a collection of short-form discussions which narrow in on a range of topics heading into the 2020 AFL Draft. In the next edition, Chief Editor Peter Williams again sat down with AFL Draft Editor Michael Alvaro, this time to discuss some of the potential cult heroes available among this year’s crop.

These are the players who fans will likely warm to in quick time for a variety of reasons; whether it be their style of play, character, work-rate, or overall look. 10 names were thrown out as ones to watch for supporters with each club’s newest intake arriving shortly, as our editors put forward five of their favourite prospects each who just have something about them. If any of them land on your clubs’ list, be sure to remember the name.

To listen to the discussion in full, click here.

There lies a good variety of styles among the 10 players in question; ranging from small forwards, to midfielders, and key position brutes. Maurice Rioli Jnr and Brandon Walker, who are tied to Richmond and Fremantle respectively will already have their fans given that factor, but can win over plenty more with their exciting styles of play. Rioli is a punishing tackler with innate goal sense, while Walker’s athleticism and attacking brand from half-back are easy on the eye.

Speaking of, Caleb Poulter will be hard to miss with his bright boots and flowing mullet, much like fellow Woodville-West Torrens product Lachlan Jones. The latter also has ties to an AFL club (Port Adelaide) and will likely yield a bid within the top 15. Eddie Ford is another with one of those hairdos all the kids seem to be sporting these days, and could well become the next ‘Eddie’ to wow crowds with his knack for taking a hanger.

You may ask ‘what’s in a name?’ and we say plenty if Phoenix Spicer has anything to do with it. Bailey Laurie‘s nickname ‘Bill’ should also play into his popularity, though he is said to have no trouble in that department among his teammates. Nathan O’Driscoll and Jack Ginnivan are other great characters who could both end up in the top 30. The former is a hard runner whose defensive efforts should also appeal to fans. Rounding out the list is Jackson Callow, a big-bodied key forward who can clunk huge contested marks and promises to provide great presence out on the field.