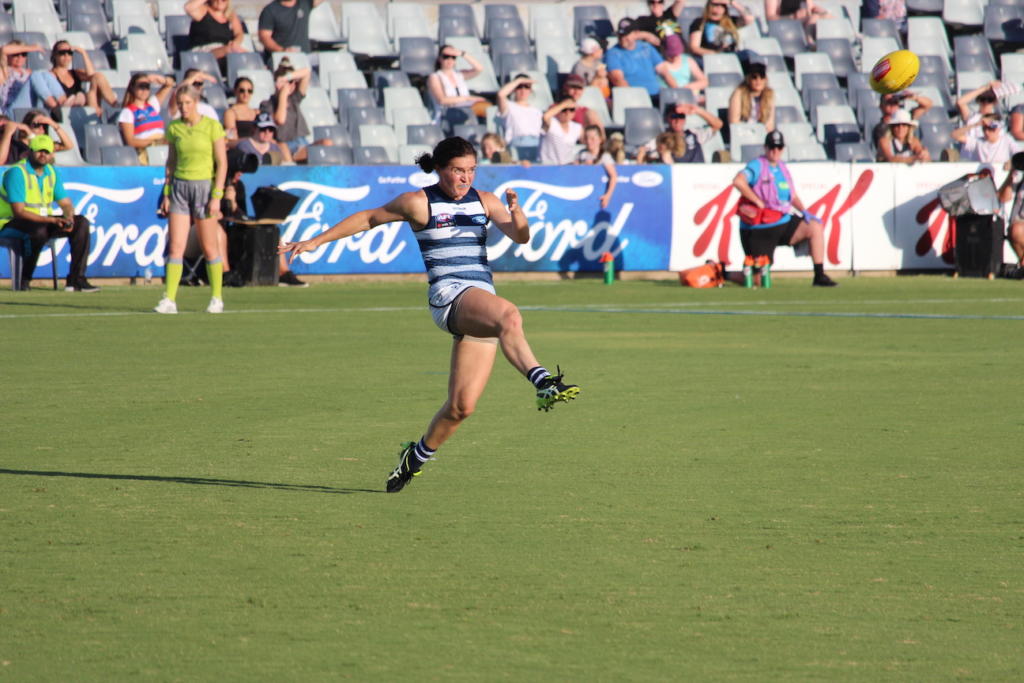 Geelong: Meg McDonald
McDonald won Geelong’s 2019 best and fairest after courageously playing the final three games of the season with a stress fracture in her foot. Her injury woes continued in 2020, as she had to miss the first two rounds with a finger fracture. She produced a strong output when she returned, averaging 14 disposals, four marks, two rebound 50s and two tackles across four matches. The former Bulldog is a great intercept mark and reliable mover of the ball. Expect McDonald to make a significant impact in her fourth AFLW season and be one of the favourites for Geelong’s best and fairest once again.

Gold Coast: Kalinda Howarth
Howarth was one of the unexpected stars of the 2020 AFLW season. The crafty forward kicked nine goals in seven matches, including a four-goal haul against West Coast and three goals in the drawn QClash. She also found plenty of the ball and applied some strong tackling pressure, all of which helped her earn a selection in the 2020 AFLW All-Australian team. The 21-year-old will hope to build on that momentum and lead the Suns to their first finals victory in 2021.

GWS: Alyce Parker
One of AFLW’s youngest stars, 19-year-old Parker was her side’s best midfielder in 2020. She averaged an impressive 21 disposals, three tackles and three inside 50s, with her strongest performance coming in round six against the Crows when she had 30 disposals, seven marks and three tackles. GWS were a strong side that finished second in their conference, which only made it more impressive that Parker led the club in disposals, metres gained, contested possessions, clearances, score involvements, inside 50s and rebound 50s. Parker made the All-Australian side for her efforts and looks set to take the next step by challenging for AFLW’s best and fairest award in 2021.

Melbourne: Tyla Hanks
Hanks is undoubtedly one of Melbourne’s brightest young stars and looks set for a huge year in 2021. She had a fantastic second season in 2020, earning more midfield minutes after starting her AFLW career as a forward. The 20-year-old led her side for tackles with an average of just below five per game, and she also averaged ten disposals. Expect her to spend even more time in the middle in 2021 and really showcase that go-get it mentality.

North Melbourne: Grace Campbell
Campbell was a surprise inclusion for North Melbourne over the trade period and will immediately add to a midfield that already includes the likes of Jasmine Garner and Emma Kearney. Coming from Richmond, Campbell has strong contested ball traits and makes good decisions under pressure at stoppages. She averaged 12 disposals, five tackles and two inside 50s in her debut season. Expect her to build on this and help the Kangaroos contend for the 2021 premiership.