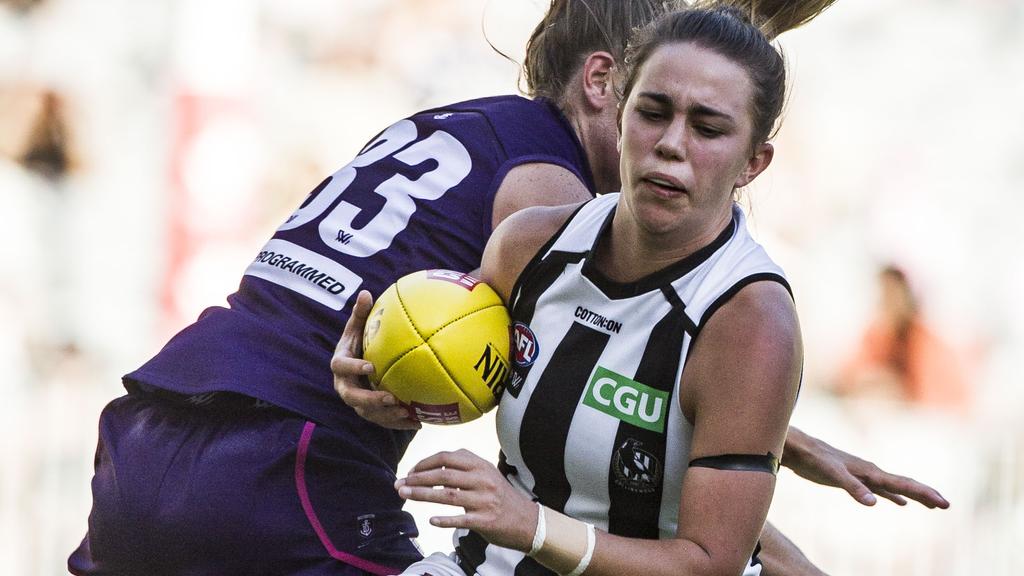 WHEN the 2020 AFL Women’s (AFLW) season ended abruptly in March, all 14 clubs immediately shifted their focus to 2021. In the off-season, numerous high-profile names switched clubs and October’s national Draft reinvigorated lists across the country. Some injured AFLW stars are aiming to return in time for Round 1, and pre-season has now commenced for 13 of the 14 clubs. With all of this in mind, here are our top players to watch from each club in 2021.

Adelaide: Chelsea Randall
Randall is arguably the most courageous defender in the league and, at her best, she can impact games as potently as any player in the competition. She did not play at all in 2020 after going down with an anterior cruciate ligament (ACL) injury during the first pre-season training session of the season. Adelaide sorely missed her skills, courage and leadership, as they went from 2019 premiers to missing the 2020 finals series all together. The 29-year-old will immediately bolster Adelaide’s defence and should help them catapult back into finals contention.

Brisbane: Orla O’Dwyer
O’Dwyer looked exciting at AFLW level in her first season, averaging eight disposals as a half-forward. Inaccuracy in front of goal cost her the chance to have a bigger influence, as she kicked 1.4 across seven matches. She showed her capabilities in her debut against Adelaide, when she snapped an incredible goal on her left and picked up some nice touches around the ground. O’Dwyer has fantastic fitness, agility and speed, so expect her to make a greater impact in 2021 now that she has some experience at AFLW level.

Carlton: Elise O’Dea
Former Melbourne co-captain O’Dea made the switch to Ikon Park at the conclusion of last season. She was an important part of Melbourne’s midfield, averaging over 17 disposals, four tackles, three inside 50s and three marks during her four years at the club. With the move to Ikon Park, she now gets to work with the likes of AFLW best and fairest Maddy Prespakis and Darcy Vescio at the Blues, a daunting proposition for opposition sides. Expect Carlton to be near the top of the 2021 ladder and O’Dea to be leading the charge.

Collingwood: Chloe Molloy
After missing all of the 2019 AFLW season with a serious foot injury, Molloy came back firing in 2020. She kicked six goals in seven matches and averaged 13 disposals, four marks and two tackles per game. The 2018 Rising Star winner was dangerous in her new role up forward and proved that she is a vital part of the Magpies’ spine no matter what position she plays in. At just 21-years of age, Molloy’s best is yet to come.

Fremantle: Sarah Verrier
Fremantle’s side went undefeated in 2020 and looks even stronger after the drafting of Peel Thunder youngster Verrier. Taken with pick 14, Verrier is a reliable half-back with great footy smarts and kicking ability. She should slot nicely into Fremantle’s defence, but there will be plenty of jostling for spots with Alex Williams and Stephanie Cain (who can both play in defence) hoping to return from injury in 2021. No matter what stage of the season Verrier breaks into the Dockers’ side, she will bring consistency and a high level of skill to their already talented outfit.