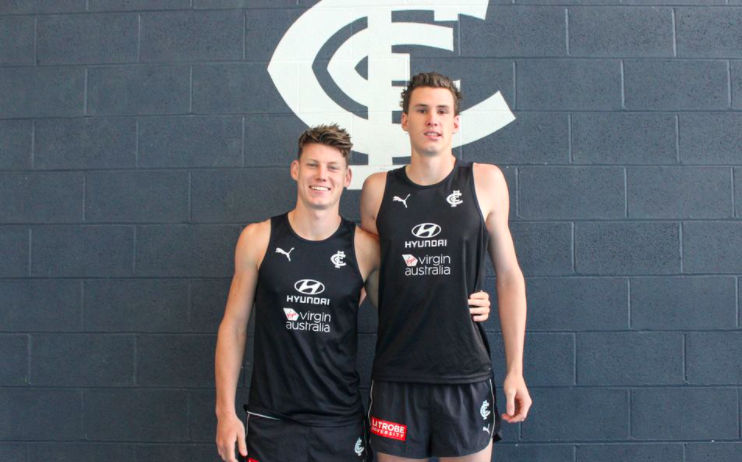 Next under the microscope is Carlton, a side on the up after finishing 11th in 2020 and bringing in some high-end talent during trade period. Having featured at the pointy end of many a draft over the last 20 years, the Blues are only set to enter this year’s event towards the end of round two. It is a signal of their finals intent after elongated rebuilds and a new lease on life under coach, David Teague. As has often been the case for Carlton, academy and father-son options are scarce, despite four prospects being eligible under the latter rule this year. With the Blues only set to use two or three picks, it is difficult to see them making much of an impression on this year’s proceedings, though some late gems may be in the offing with their current hand.

There are a few areas Carlton could look to consolidate with this year’s intake having already covered the need for speed during trade period. The retirement of Matthew Kreuzer leaves the Blues with only two genuine ruck options, while recent delistings sees their long-term key defensive stocks looking quite thin. In the former category, ruckman Henry Walsh, the 203cm brother of Sam already has links to the club having also trained there during preseason, potentially making for a good story and easy transition. He’s a competitive tap ruckman who is working on his running capacity and impact around the ground. Other ruckmen likely to feature in that range include Shannon Neale, Kalin Lane, and Max Heath.

There is not too much in the way of key defenders who would be viable to Carlton in the second round, and perhaps the Blues could further relay their intentions by targeting a mature-age prospect. Tom Highmore fits the bill as a tall defender who seems ready to make the next step after an outstanding maiden SANFL campaign. The 22-year-old former GWS Academy member made the move to South Adelaide this year and was a rare mature-age invitee to the national draft combine. Along similar lines, 21-year-old Woodville-West Torrens goalsneak James Rowe is a name which has been hot on the lips of Carlton fans, who are yearning for a genuine small forward to take over from Eddie Betts in 2022.

If the Blues look towards midfield depth, Zavier Maher could be the explosive type they are after on the inside, and Sam Berry is a hard-working accumulator who remains active going both ways. Should they take the two birds, one stone approach, the likes of Corey Durdin and Charlie Lazzaro may slide far enough to be snapped up as zippy smalls who are likely to begin their careers up forward. However, Carlton has spent first round picks on Paddy Dow, Lochie O’Brien, Liam Stocker, Sam Philp, and Brodie Kemp in recent years, not to mention Sam Walsh and traded-in players like Matthew Kennedy and Will Setterfield, so should back their current stocks to develop over another preseason.

With the third-lowest total draft points value of all clubs as it stands, the Blues may not have much leverage to work with in terms of live trade options. Should a player they are really keen on slide within the second round, they could package a couple of their picks to move up the order and come away with just two selections. Alternatively, their 2021 picks may be put on the table to extract maximum value out of a deal, though next year’s crop is said to be much stronger than this year’s.

Will Carlton take on any mature-age players?

Will Carlton work to move up the order?

Will Carlton back its current midfield crop, or look to add depth?

Will Carlton take a punt on their father-son choices?