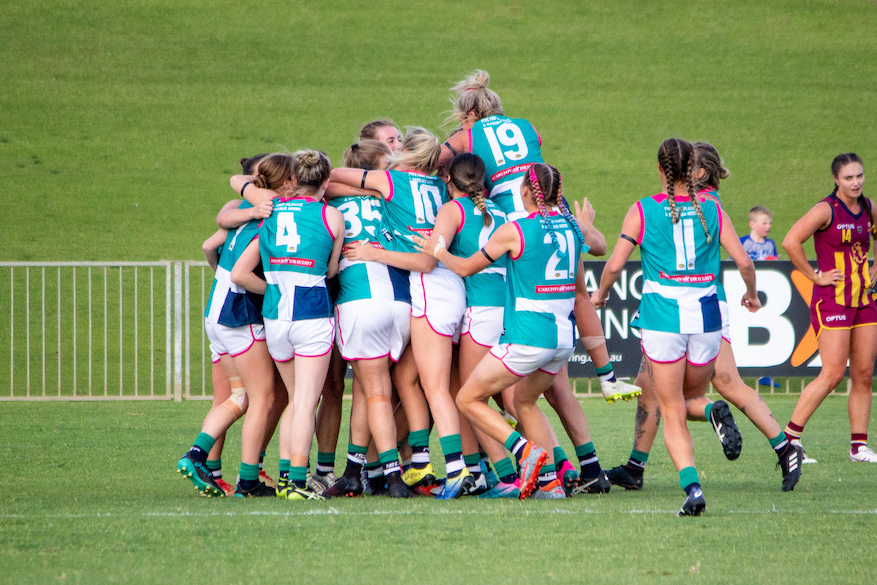 AS Australian rules football teams begin to head back to preseason training for another long year, we take a look back at the four major state league women’s competitions and the premiers from 2020. In a roll call of those who tasted ultimate glory, we reminisce with North Adelaide (SANFLW), Peel thunder (WAFLW), Yeronga South Brisbane (QAFLW) and Launceston (TSLW). We have provided a snippet from their big days, and a link back to each of the respective match reports.

NORTH Adelaide completed an unblemished season to win the 2020 South Australian National Football League (SANFL) Women’s premiership in an epic contest against back-to-back premiers, South Adelaide. In what was truly a fitting grand final, the Roosters held off a late Panthers charge and made the most of their chances in front of goal to salute, 5.5 (35) to 4.4 (28) at Thebarton Oval.

IT was a modern day football fairytale, with the 2019 West Australian Football League (WAFL) Women’s wooden spooners Peel Thunder turning their fortunes around in 12 months and claiming a remarkable title in 2020 over minor premiers, Subiaco. The Thunder reversed two previous results against the Lions this season, losing by nine and then six points – the latter of which happened a fortnight ago in the second semi-final – to post a memorable 15-point win.

AFTER conceding the first goal of the game, it was all Yeronga South Brisbane as the Queensland Australian Football League (QAFL) Women’s side claimed a remarkable 47-point win over Coolangatta Tweed. The Devils had a terrific back-end of the season, coming from fourth on the table to defeat danger side Coorparoo in the elimination final, then the top two teams in succession, from minor premiers Bond University last week and the Bluebirds in the decider.