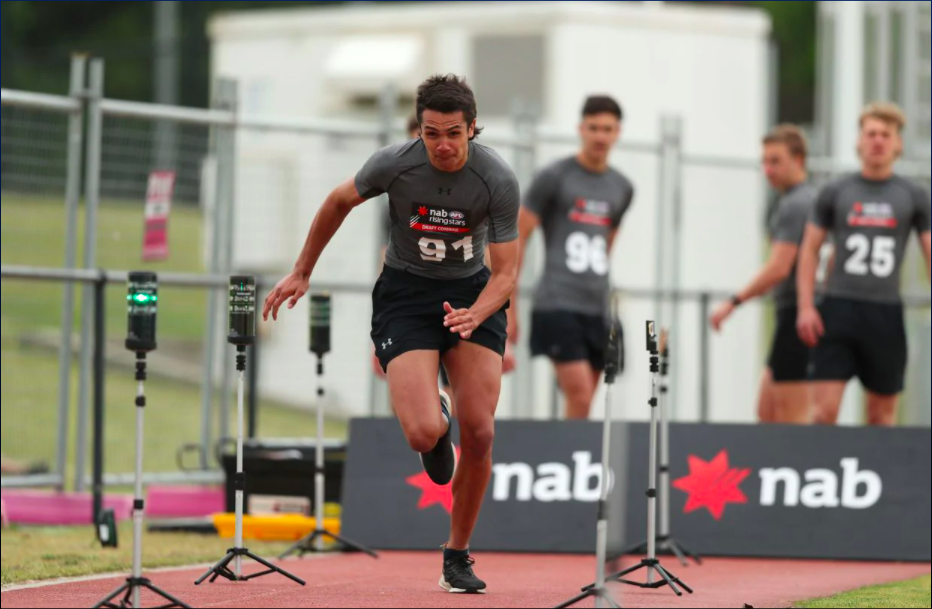 The 20-metre sprint is the test used to measure an athlete’s burst of speed, and often yields some of the most looked-at data from such testing events. Looking at the combined results from each state and region, the overall top 10 features six players who measure up at over 190cm, showcasing just how exciting some of these budding draftees are as prototypical, modern day athletes.

There also looms some real bolters in the pack, with the likes of Liam Kolar, Max Holmes, and Fraser Rosman all notching elite times of 2.90 seconds or better. Kolar and Rosman are athletic tall forwards who are quite raw but can compete aerially, while wingman Holmes is a national hurdles champion and the son of Commonwealth Games gold medallist, Lee Naylor. Essendon NGA hopeful Joshua Eyre was another surprise packet, dominating across the board and ranking eighth in this particular test.

Godfrey Okerenyang, Isiah Winder, and Aiden Fyfe joined Campbell as the only non-Victorians to earn top 10 status, with West Australian Winder also the smallest player among them at 180cm. He is fresh off a season which saw him earn a senior berth at Peel Thunder, proving a classy user through midfield. Keen watchers may remember Okerenyang from the 2018 AFL Grand Final sprint, which he took out, while Fyfe is a wingman out of Gold Coast’s Academy.

Incredibly, none of the top 10 runners featured on the same list during preseason, though Campbell was among the best NSW/ACT sprinters at that time.