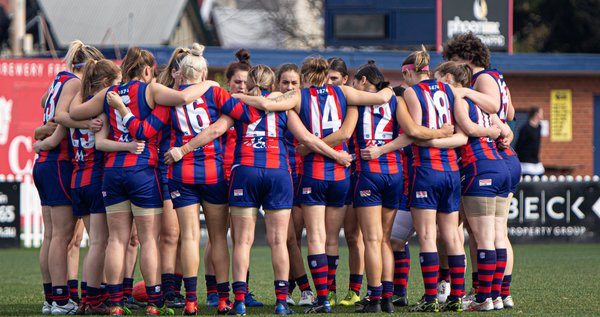 PORT Melbourne will field a Victorian Football League (VFL) Women’s side for the first time next season after the Borough was accepted into the competition following Richmond’s decision to withdraw in 2021. The decision came yesterday with a landmark announcement that VFL Women’s competition will run concurrently with the AFL Women’s competition in February next year. The move allows players from the Victorian AFL Women’s clubs to get match practice under their belts without having to rely on just training sessions when not selected for their club.

South Australia was a trailblazer in that approach, having much success over the past few years allowing Adelaide Crows players to represent their South Australia National Football League (SANFL) Women’s side when not picked to play for the Crows. More recently, Queensland applied a similar approach for the Queensland Australian Football League (QAFL) Women’s competition with the introduction of Gold Coast Suns coming into the top league.

Port Melbourne previously played in the AFL South Eastern Women’s Division 1 competition, but has strong ties through the state league with its rich history of its VFL Men’s side. The Borough will play at ETU Stadium, also known as North Port Oval, and will be aligned with Richmond. It means that the Tigers’ AFL Women’s players will pull on the Port Melbourne colours in the competition in 2020.

Port Melbourne CEO Paul Malcolm said on the Port Melbourne website that the alignment was a fantastic opportunity for both clubs.

“We are looking forward to working together with Richmond to create a pathway for women looking to live out their football dream,” he said. “Our club and our existing partnerships with Bendigo Women’s Football Club, St Michaels Grammar, Oakleigh Chargers, Port Colts, and the Tommy Lahiff Cup will benefit greatly from the alignment and our entry into the VFLW.”

The VFL Women’s competition will run beyond the AFL Women’s season, from February through to July.

It also means the AFL Women’s Under-18 Championships will be brought forward to April, 2021 from its usual July date. More information about the competitions will be announced in the future.