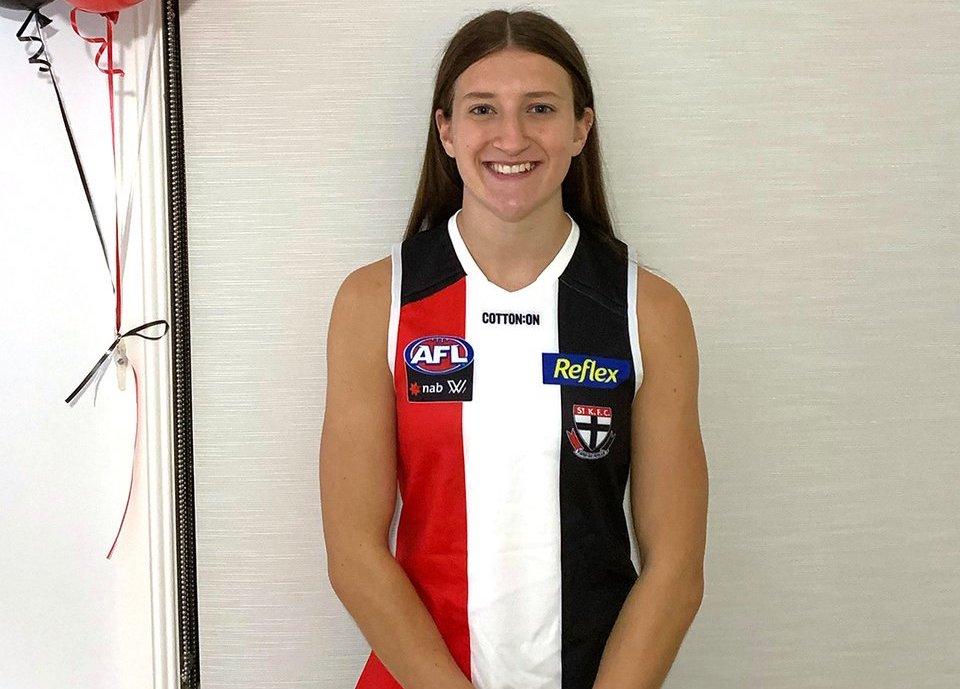 NOW the AFL Women’s Draft is over, we take a look at each club, who they picked and what they might offer to their team next year. We continue our countdown with St Kilda, a team that showed promising signs in its inaugural season and will be on the rise in 2021 after being one of the most impressive performers through the draft.

Every club is a winner post-draft, but St Kilda’s draft hand is one to celebrate and leave the red, white and black supporters really excited. Three young guns who were steals in the draft, followed by a couple of mature-agers including one already in the Saints’ program and another underrated talent in the SANFL Women’s, this is a side to watch in 2021.

Tyanna Smith was one of only a few who could challenge as the best player in the AFL Women’s Draft crop, so to see the Dandenong Stingrays star land at pick six and join former Stingrays’ teammates Molly McDonald and Isabella Shannon at Moorabbin is a coup in itself. She is arguably the most complete player from the Under 18s, with elite athleticism, great skills, terrific decision making and a big-game player. She will complement Georgia Patrikios in there and the two will almost be uncatchable.

Alice Burke is one the fans would have been tracking for a little while given the men’s team has not had too many father-sons over the years. The daughter of club legend and now Western Bulldogs’ coach Nathan, Burke is a tenacious midfielder who has also spent time at half-back. Coming from a soccer background, Burke would have been a top 15 pick in an open draft, so again like Smith, represents value. With her defensive pressure and dual-sidedness, Burke is a massive inclusion to the Saints’ outfit.

Renee Saulitis was the premier pure small forward in the draft, and while she showed over the last 18 months she could play in defence or midfield, she is most at home in a forward pocket. Oozing X-factor and goal sense, she is another who could come straight in and cause all sorts of damage at the feet of Caitlin Greiser, and is one to watch as a quick developer. She provides a niche little role in there, and cannot be left alone inside 50.

Jacqueline Vogt comes out of the Southern Saints program where she performed as a versatile forward. Strong and not afraid of the contest, the mature-age Vogt could slot into the side straight away if required following her consistent 2019 VFL Women’s season.

Finally, the Saints picked up slick ball user Tahlia Meyer with the extra pick they opted to pass on draft night. The South Adelaide prospect was one of the most underrated players in the SANFL Women’s competition, but hardly put a foot wrong with her disposal and vision going inside 50 a treat to watch. It seems to be a running theme with the Saints – good ball use and decision making – and Meyer fits the bill and is also readymade to have an impact at senior level.

Overall the Saints included some serious X-factor and talent to their line-up with fans likely to see them continue to rise up the ladder and worry some more experienced teams next season.