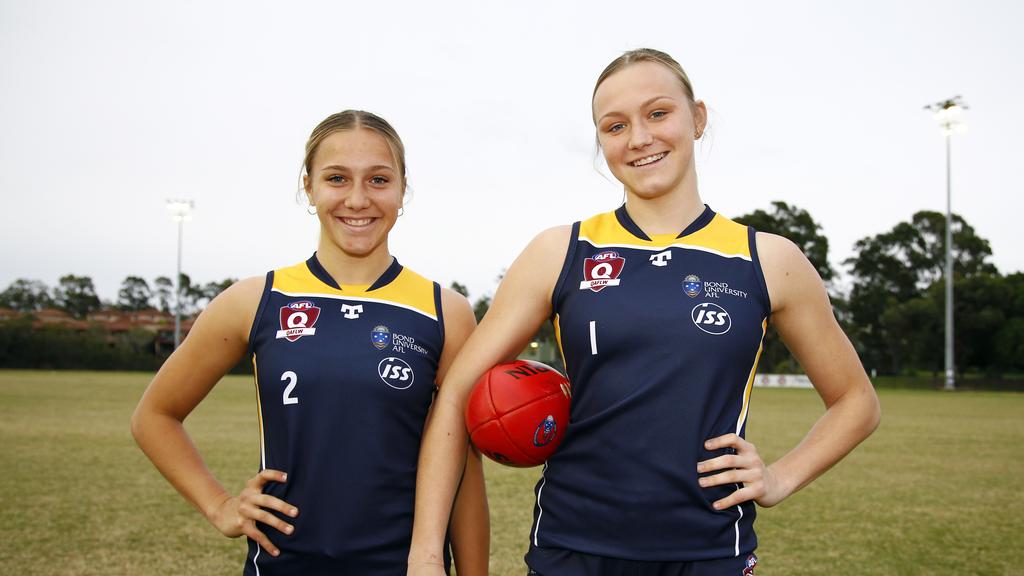 NOW the AFL Women’s Draft is over, we take a look at each club, who they picked and what they might offer to their team next year. We continue our countdown with Gold Coast, a side that added the most draftees of any team, with a mix of youth and experience coming into the program for 2021 after reaching finals in their inaugural year.

The Suns were able to make the most of a giant draft hall by picking up three AFL Women’s Academy members, a couple of mature-agers and even a forward with AFL Women’s experience by the time they had finished on draft night.

Annise Bradfield ended up being the Suns’ first selection with the talented midfielder one of the three AFL Women’s Academy members. Bradfield is capable of also playing forward and looks up to Katie Brennan as a similar player through both roles and their journeys – featuring setbacks. She will be one who can slot straight in if required.

Another player who can slot straight in is former Adelaide and Melbourne AFL Women’s forward, Sarah Perkins. Playing in her third state in as many years, Perkins nominated for Queensland and landed at the Suns’ with their second selection. She could provide that extra spark inside 50 and energy around a group of younger players, not to mention a key forward target.

Also inside 50, expect to see top-age AFL Women’s Academy key forward Maddison Levi alongside Perkins. With strong hands and a powerful kick, she represents a bargain at Pick 50, in the first of six selections by the Suns that were uninterrupted by their Queensland rivals, Brisbane.

Up the other end, is former Southern Saints defender Elizabeth Keaney. The 28-year-old will play off half-back and provide some drive for the Suns, while providing crucial experience from her time at the Saints and Melbourne University over the past few years.

A midfielder who has been known to role through defence, teenager Lucy Single hails from New Zealand having tried a number of sports including rugby sevens. An elite athlete, Single is readymade to come into the line-up after a huge season with Bond University in 2020.

The third and final AFL Women’s Academy member selected by the Suns is elite runner, Daisy D’Arcy. Capable of reaching the elite level in any sport she put her mind to, the midfielder can play in attack or defence as well. Whilst small in stature, D’Arcy could outrun and outwork just about any opponent with her ridiculous fitness base.

Janet Baird is a mature-age prospect who has been in draft calculations for a few years, but after some consistent form in the NTFL Women’s competition, has earned a place on the Suns’ list. She has clean hands at ground level or in the air, and some tricks up her sleeve making her a tricky player to contain whether it be through midfield, attack or defence.

Finally the eighth selection in the draft was Mackay’s Wallis Randell who has come through the Suns’ Academy. Another defender possessing great speed and neat decision making, Randell has transitioned from basketball to football. An over-ager who represented Bond University, she has come on quickly in a couple of years.

Overall the Suns picked up a bit of everything and will have even better depth coming into the 2021 AFL Women’s season.