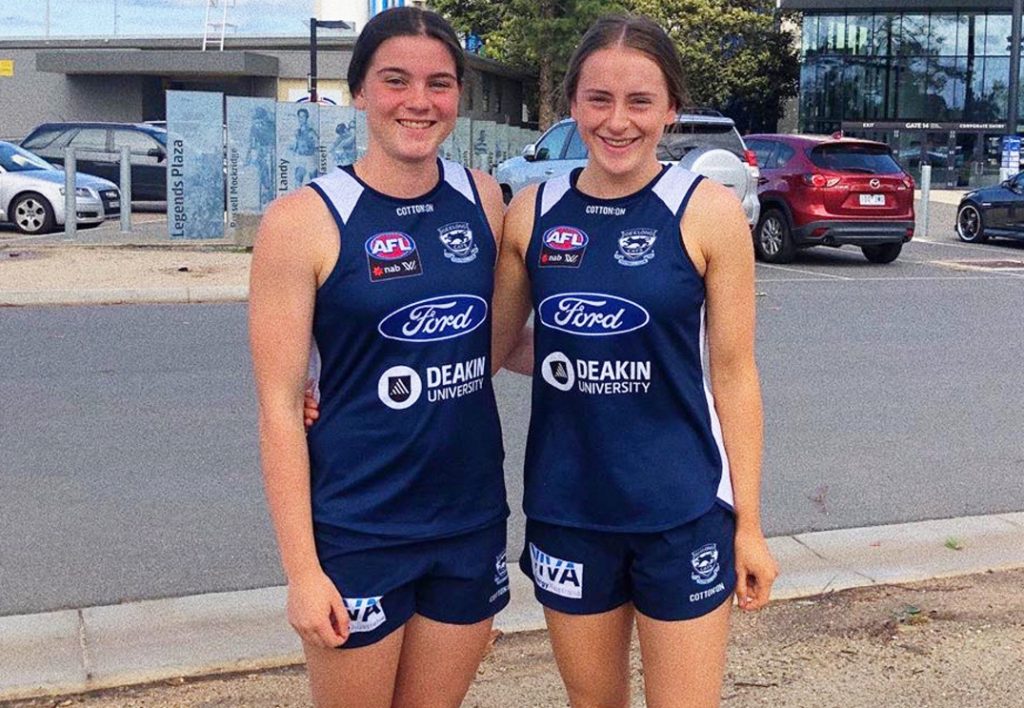 NOW the AFL Women’s Draft is over, we take a look at each club, who they picked and what they might offer to their team next year. We continue our countdown with Geelong, a side that despite the region being removed as a choice for draftees, still managed to pick up four Geelong Falcons as they added five more teenagers to their list.

Geelong targeted more youth for its ascent up the AFL Women’s ladder after losing Mel Hickey over the off-season and just missing out on finals. Three Vic Country representatives, a Central Allies representative and an elite junior basketballer earned spots on the Cats’ list as they stuck close to home with their selections.

Darcy Moloney provides some outside class and ball-winning abilities with her superb vision and neat foot skills a highlight of her game. She was the first chosen at Pick 10, and rightly so with an impressive junior career to-date. She will likely play at half-forward where she did in her bottom and middle-age years for the Falcons before becoming a damaging wing or inside-outside midfielder.

Laura Gardiner is your quintessential inside midfielder who is not afraid to get her hands dirty. She loves digging in and finds a truckload of the ball, averaging more than 30 touches a game from her two matches in 2020 including 38 in Round 1. She will feed the ball out to the runners and be a consistent force on the inside, pretty much ready from early on. Like Moloney she played off a flank and even on a wing over the first couple of years, so is capable of pulling off other positions.

Geelong picked up the steal of the draft by selecting Olivia Barber at Pick 21, there is no two ways about it. The key position forward is terrific overhead, a great lead and able to play the role of a small forward when the ball hits the ground. She is a tall who can come in and make an immediate impact, and also comes from a basketball background. As an exciting key forward, Barber is one to watch over the next decade.

Speaking of basketball background, Carly Remmos was picked up with the Cats’ final pick of the draft at 39. She only took up the football pathway over the off-season last year and managed a couple of games before the season was called off. A real unknown coming into the season having been ready to pull on the Geelong Supercats’ top in the NBL1, Remmos showed great progress in a short amount of time as an inside midfielder.

Finally one of the feel-good stories of the draft, with Northern Territory’s Stephanie Williams getting picked up by the Cats. She hoped to remain in Geelong due to her university studies, and she achieved just that when the Cats called out her name at Pick 27. Expect her to develop over time to be a really dangerous forward with good hands, and is a smooth mover.

Overall the Cats really did well out of the draft, with a couple of predictable – but worthy – selections, as well as the steal of the draft, and a couple of raw talents who could really surprise with great development.