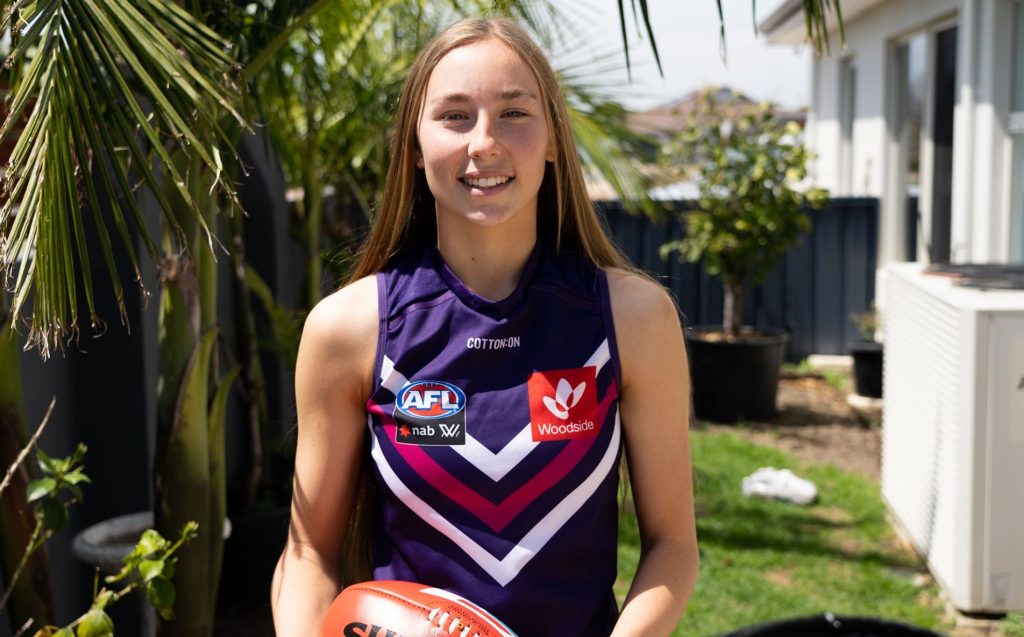 NOW the AFL Women’s Draft is over, we take a look at each club, who they picked and what they might offer to their team next year. We continue our countdown with Fremantle, a team that went undefeated in 2020 and were able to add a couple of classy teenagers and a former Docker back on their list.

Fremantle went into the draft with the luxury of being able to pick best available after not losing a game in 2020. With their three selections the Dockers were able to add two of the most talented kids in Sarah Verrier and Mikayla Morrison, as well as running defender, Tiah Haynes. All three have different traits and provide some exciting capabilities at the top level.

Haynes is a former Fremantle player, drafted way back in the inaugural 2016 AFL Women’s Draft with Pick 36. She played six games across two seasons before being unfortunately delisted at the end of 2018. She went back to the WAFL Women’s competition where she was able to ply her trade and become a standout for runners-up Subiaco, and now the 27-year-old gets a second crack at the elite level.

Verrier has been long touted as a top West Australian prospect. The balanced midfielder has clean skills but can play inside or outside, and even off a flank if required. Her ability to win the ball is superb, and whilst she had some setbacks through injury in 2020, she was still a key member of Peel Thunder in their remarkable premiership year. She was raised as the Dockers’ first pick for some time given the link through their Academy, and once she was left on the table by the Eagles, it was an easy choice.

Morrison has been building for a couple of years now not only at WAFL Women’s level, but through the AFL Women’s Under-18 Championships too. The East Perth product went to Swan Districts this season in order to play League with the Royals just having an Under 18s side. There she showed enough to suggest it will not be long before she breaks through in the AFL Women’s, with velcro-like hands at ground level or in the air, and hardly impacted on wet days.

As a whole, the Dockers were able to bring in three players that fitness providing, will push for a spot in the best side, but as a tough team to crack into, they will be made to work for it. Expect the Dockers to again challenge for a flag in 2021.