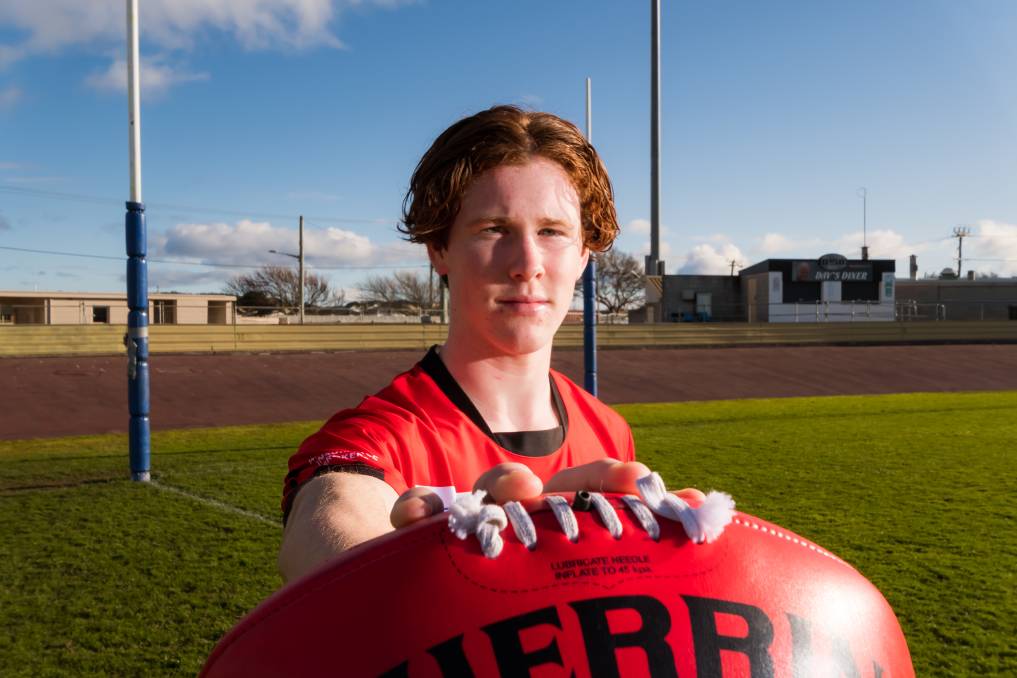 FINALS time has hit the Tasmanian State League (TSL), with two Saturday semi finals set to decide this year’s grand finalists. Minor premier, North Launceston takes on fourth-placed Clarence at UTAS Stadium, while Launceston (2nd, 9-3) meets with Lauderdale (3rd, 7-5) at Windsor Park, with both games bounce down at 2pm. We take a look at where some of the best Tasmanian youth prospects will line up this weekend, as the final four is trimmed to two.

North Launceston could have a finals wildcard or two up its sleeve, with a couple of young Tasmania Devils guns entering the fold at team selection. The Northern Bombers have slotted bottom-ager Baynen Lowe straight back into the starting lineup at half-forward, with the diminutive ball winner set to provide a spark inside attacking 50. Oliver Sanders, who found the goals last week comes in on the bench, while bigman Jackson Callow looms as a massive returnee having been named as an emergency.

After edging out North Hobart to secure a finals spot, Clarence boasts arguably the competition’s best group of Under 18s, all of whom will be keen to impact on the big stage. Oliver Davis, Samuel Lewis-Johnson, and Sam Banks were all named among the Roos’ best last time out, while Noah Holmes and Darcy Gardner hit the scoreboard. Davis remains a crucial cog at the heart of midfield alongside Gardner and Ethan Jackson, while Banks will again provide class off half-back. Jacques Barwick and Lachlan Borsboom have been squeezed out to the emergency spots.

Clarence has given the highly-fancied Bombers side a good run on two occasions this season, going down by a combined 24 points in their Round 4 and 10 meetings. While the minor premiers have proven dominant in 2020, they cannot take anything for granted given the ruthless nature of this year’s knockout finals format.

In the weekend’s other fixture, Launceston and Lauderdale also duke it out for a spot in the Grand Final, with their head-to-head ledger sitting even at one win apiece in 2020. The Blues come in fresh off a bye, while Lauderdale will hope for an improved performance after sneaking home by just three points against Tigers in Round 13.

After being named among the best in Launceston’s last outing, Jared Dakin again takes up his spot in the side across half-back, while fellow Tasmania Devils representative Isaac Chugg has been named on the bench. Dakin’s work rate and toughness should suit the rigours of finals football, while Chugg’s speed could prove handy in helping break the game open. Meanwhile, Samuel Foley comes out of the side after a sole senior outing. For Lauderdale, Sam Tilley again lines up inside forward 50, while Oscar Shaw takes up his spot in defence. Tilley was among the Bombers’ best last week, so should prove a dangerous outlet.