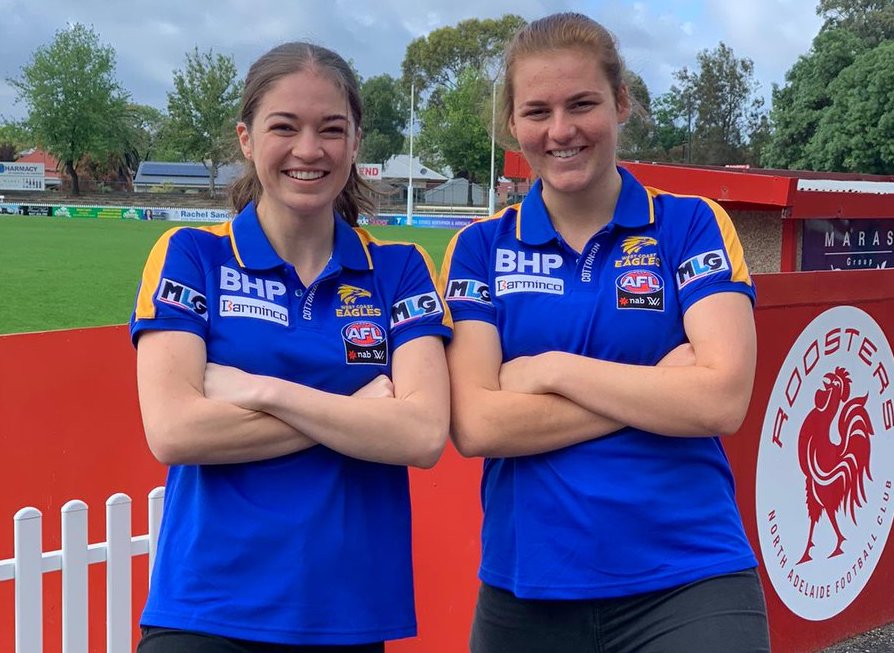 FOUR more South Australians made their way onto AFL Women’s lists over the last 48 hours to round out the last of the players to enter the competition for 2021. Norwood’s Bella Smith, South Adelaide’s Tahlia Meyer and North Adelaide duo, Amber Ward and Lauren Gauci were all offered AFL Women’s contracts as part of the post-draft selections.

Smith was the first to be announced as an additional signing following the four passes from the AFL Women’s Draft, chosen to reunite with former Redlegs coach, Steve Symonds at Collingwood. Earlier yesterday, Meyer filled the vacant spot at St Kilda, whilst both Ward and Gauci prepared to head west as they were signed by West Coast.

The quartet followed on from Teah Charlton, Rachelle Martin and Ashleigh Woodland (Adelaide) and Indy Tahau (Brisbane) who were drafted on Tuesday night. It meant eight South Australians were drafted, with grand finalists, North Adelaide and South Adelaide making up three apiece, with one each from the other finalists, West Adelaide and Norwood.

Smith is a reliable key position player who can fill a role at either end, though has predominantly played as a centre half-back this season. Her strength overhead and ability to clunk grabs has been a highlight for her, playing in her second season at the level after coming through the AFL Women’s Under-18 Championships where she represented the Central Allies.

Meyer was one of the most underrated players in the SANFL Women’s competition with her ability to link up in transition superb. She did not always win as much of the footy as others, but rarely wasted it, with her ability to hit those 45-degree kicks going inside 50. Her skill and decision making was superb and she has very much earned a place at the top level.

Ward is a tall defender who like Smith, was strong in the air and has a great ability to rebound. After an impressive top-age year last year, the North Adelaide defender took her game to another level in 2020, and along with her intercepting ability was able to utilise her penetrating kick to advantage. Still a teenager, Ward is only one year out of the draft class and showed the benefits of playing an extra year at senior level.

Gauci has become another reliable defender for the Roosters, with her slick footskills often used coming out of defence. She has proven to be a talented ball winner and one that teammates are happy to get the ball in the hands of. A member of the stringent Roosters’ back six, Gauci is also capable of playing up the field, and will provide some reliability with ball-in-hand.

Overall the four inclusions to the AFL Women’s provide their respective clubs with readymade players and will no doubt do everything to stake their case for a Round 1 spot. Furthermore it shows the talent on show in the SANFL Women’s and why it is such a prestigious competition.