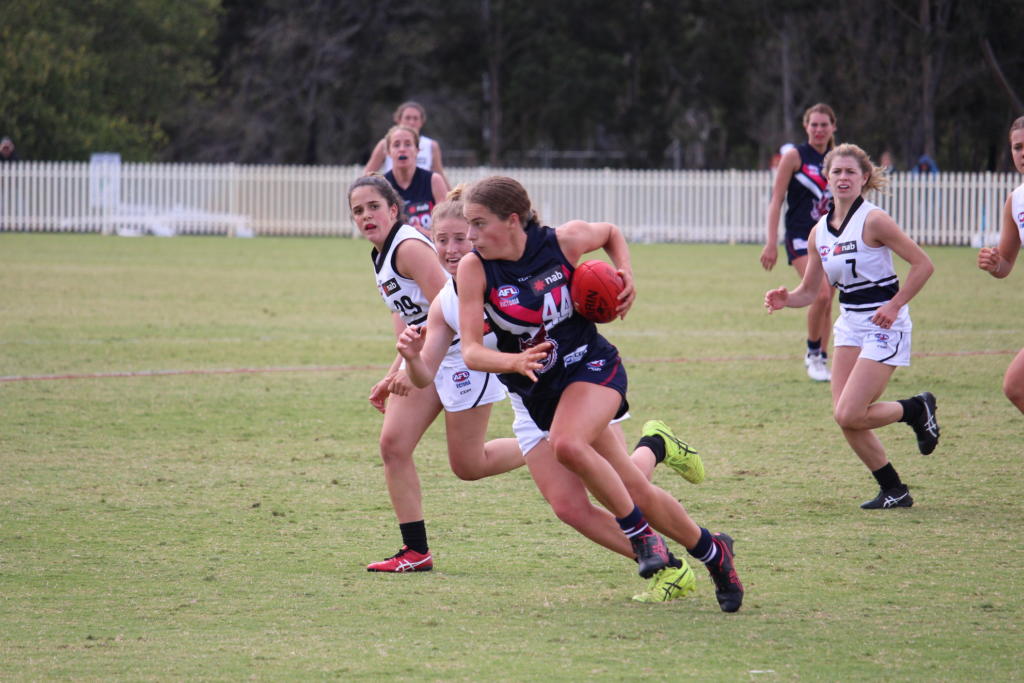 NOW that the 2020 AFL Women’s Draft is over, we take a look at each club, who they picked, and what each player might offer to their team next year. We continue our countdown with Carlton, a side which had few glaring weaknesses to cover, but selected a versatile trio of Vic Metro-based midfielders, two of whom are former NAB League captains.

A club moving into its premiership window, Carlton chose to stick with Victorian youth to bolster its squad heading into season 2021. Positioned well with their three picks, the Blues selected players with the character and upside to make an impact on the senior side as soon as in their debut season. Having held picks two and three in the last couple of drafts, the Blues were able to select ‘best available’ talent from the rich Victorian pool.

First up was Mimi Hill, a two-time Oakleigh Chargers captain who has led the fast-improving region to with aplomb. She, along with Sandringham Dragons skipper Winnie Laing, directly address the loss of Sarah Hosking to Richmond during the sign and trade period. Hill’s ground level game and hard-running style, combined with Laing’s attack on both ball and carrier make for a terrific couple of selections at picks 12 and 36 respectively.

While pegged as a natural midfielder who can play both inside and out, Hill is still quite light-on and found herself more often employed across half-back as a top-ager. As she develops her strength and tackling, she could well rotate through the midfield and emulate her idol, Sam Mitchell. Laing is a tough midfielder who, fittingly enough, idolises Patrick Cripps. As another leader in the bunch, she will look to drive standards and contribute to the culture, while impacting physically on-field.

In between those selections, Daisy Walker was snapped up with pick 28. She also hails from the Sandringham Dragons talent program, and is more of a developing type who comes from a basketball background. Her love of football grew as she watched her older brother, Will rise to AFL Draft selection with North Melbourne. Her agility and endurance make for a good athletic platform to develop upon, with clean hands and improving fundamentals making her a high-upside choice who could come on rapidly in an elite environment.

Overall, the Blues have been able to bolster their already-strong midfield group with three shrewd selections at this year’s table. Coach Daniel Harford obviously sought to bring in a balance of hardened types with plenty of upside who can develop on the outer or flanks before filling the engine room in years to come. Character is another important trend in this cohort, with two junior captains selected to help keep Carlton’s premiership tilt on track.