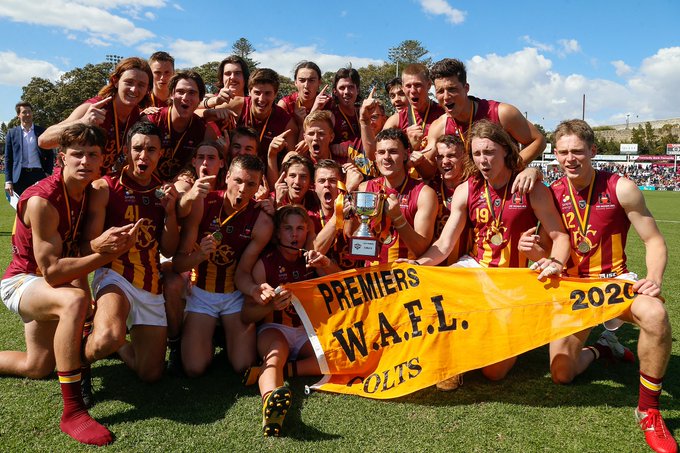 In the fourteenth minute, Jacquin Ciminata snapped through a goal for the Tigers. In the twenty-second minute, Lachlan Henderson was able to break through a tackle and kicked a goal for the Lions. Soon after, Subiaco’s Connor Faraone was able to run into an open goal. Just before quarter-time, Willson was awarded a free kick for being taken too high. He went back and nailed the goal from 50 metres out to reduce the margin to just one point at quarter-time.

The Lions were on fire in the second quarter, with Erasmus, Jaxon Bilchuris and Matthew Johnson all kicking goals for Subiaco. In the 17th minute, Claremont’s Ben Ramshaw was able to take solid one-on-one mark inside the Tigers’ attacking 50. He went back and kicked a goal from a tight angle, to get the Tigers to within 15 points at half time.

After the main break, Joshua Moses roved a pack expertly, shrugged off a tackle and snapped through another goal for the Lions in the third minute. Moments later, Claremont’s Kieran Gowdie took a strong contested mark inside 50. He went back and nailed the goal. Erasmus booted two consecutive goals for the Lions soon after. In the 15th minute, Trey Kennedy got the ball inside 50, and Tyler Brockman took a strong contested one-on-one mark. Brockman went back and nailed the goal. Before three quarter time, Sandon Page kicked two consecutive goals for Subiaco, to give the Lions a 45-point lead at the final break.

In the last quarter, Connor Patterson, Jack Gouge and Lachlan McKay all kicked goals for Subiaco, while Gowdie kicked one goal for the Tigers.