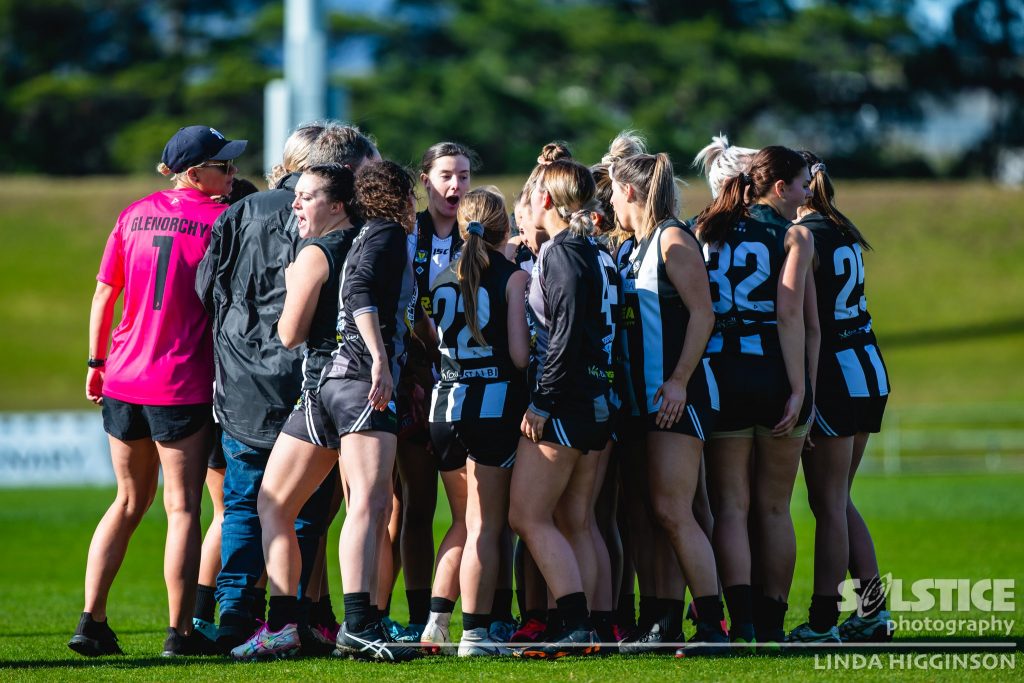 GLENORCHY snuck home by a whisker. Not in terms of their final round match result against North Launceston, the Magpies won that by 63 points. But in terms of their overall season finish, Glenorchy won by enough in the final round of the season to sneak past Clarence and grab second spot on the Tasmanian State League (TSL) Women’s ladder.

The Magpies arguably could have won by a lot more, kicking 8.17 (65) to 0.2 (2), but it was enough to see them finishing on 264.24 per cent, marginally ahead of Clarence on 264.08 per cent. It was a feat that did not look likely after a quarter of play as Glenorchy kicked four behinds to North Launceston’s one to lead by just three points in a low-scoring term. They found their rhythm in the second term, piling on an inaccurate 4.6 to lead by 33 at half-time.

The third term was the same as the first, with the Magpies again kicking just four behinds to the Bombers’ one to hold a 36-point advantage. Needing almost 30 points to surpass Clarence into second in the final term, the visiting side booted 4.7 to run out 63-point winners and get there by a point in the end, showing how every score matters.

Sarah Skinner took the outright title of leading goalkicker, booting three which was the minimum to win the award solo. Elise Barwick kicked a couple of goals as the other multiple goal scorer, as Brieanna Barwick and Jemma Webster converted a major and were among the Magpies’ best. Perri King was the other goalkicker for the winners, as Laura Negri and Zoie Crawford both impressed in the victory as well.

The Bombers did not manage to kick a goal in the loss, but had a number of impressive players including Ella Maurer, Zoe Bourne and Ruby Slater. Others who were named in North Launceston’s best were Carly Farrow, Sophie Farrow and Raigan Kettle. While the loss was disappointing for the Bombers, they had already secured a finals berth last week.

Launceston finished on top of the table and now take on the Bombers at Windsor Park at 9.30am on Saturday, whilst Glenorchy’s late grab of second spot has a home ground yet to be determined – usually KGV – when they take on Clarence in a massive contest. The winners of both games will advance through to the TSL Women’s Grand Final the week after.