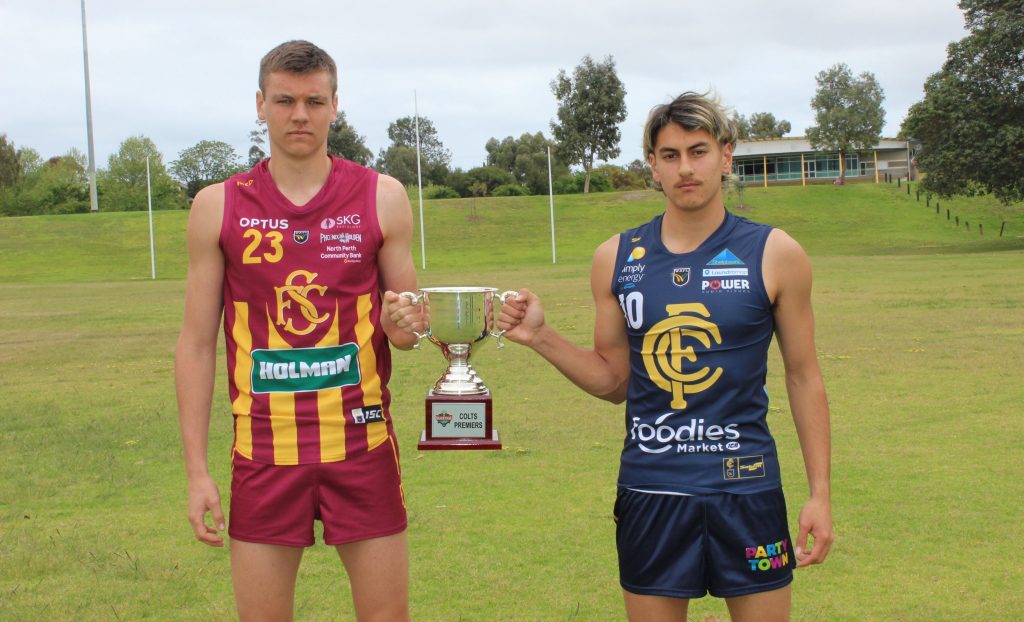 YOUNG talent continues to turn heads at state league level around the nation, and it has been no different across all three WAFL grades upon the competition’s resumption in 2020. As we await a trio of exciting Grand Final matchups, Draft Central continues its new weekly preview format, highlighting some of the best up-and-comers who will be out to impress with each passing game. With premiership glory up for grabs, stakes are high for the state’s brightest prospects and bonafide stars alike.

Claremont has earned passage to the final week of all three WAFL grades, with the League side set to take on minor premier, South Fremantle. Only a fortnight ago, the Tigers toppled their highly-fancied weekend rivals, who will feature in their second-straight League decider after going down to fallen powerhouse, Subiaco in 2019.

20-year-old midfielder and former West Coast rookie Callan England has been crucial this year for Claremont, pushing his case for another shot at AFL level with plenty of possessions and goals out of the engine room. He has been named in the forward pocket, while Max Spyvee, who enjoyed a stellar debut this season will rotate off the bench.

Thomas Baldwin, who has been a permanent League fixture in 2020 takes his place at half-back, with Tyron Smallwood on a flank at the other end, and Dylan Smallwood making his way into the side via the interchange bench.

The Bulldogs have been forced into a change from last week’s winning side, with 23-year-old midfielder Jake Florenca picking up the most untimely of calf injuries at the end of a terrific individual campaign. Jarrad Doney is the man who replaces him, a 24-year old who has made a late surge back into the League fold after some time in the Reserves this year.

Claremont’s Reserves side is also littered with promising young talent, who will look to beat the East Perth Royals to the two’s throne. On track to go through an entire season unbeaten, the Royals will have their hands full with a bunch of lively types on each line.

Claremont’s Isaac Barton was unlucky to be squeezed out of senior calculations, but promises to provide plenty of speed and flair through midfield. Anthony Davis is another who has enjoyed a taste of League footy, but will ply his defensive trade in the second grade having been named as a senior emergency. Jack Buller (half-forward) and Max Minear (full forward) are others to keep an eye on, along with Jye Clark at half-back – the brother of Geelong’s Jordan.

For East Perth, Jacob Msando is a reliable defender who will look to finish his year on a high. The 20-year-old has been named in the back pocket and is likely to take on a lockdown role. Harley Sparks should live up to his name while stationed on a wing, while Sebit Kuek is a raw target to look for at centre half-forward. Among those named on the bench is Jack Cooley, who had 33 touches in Claremont’s 2019 WAFL Colts Grand Final triumph. He’ll be hoping to claim more silverware – against former teammates, no less.

A fortnight after they met in the first week of finals, Claremont and Subiaco will play off for the ultimate Colts glory. The Tigers have the opportunity to go back-to-back after taking out last year’s title, with Joel Western, Cameron Anderson, Ben Ramshaw, and Logan Young all part of the successful 2019 side.

Skipper and Fremantle Next Generation Academy product, Western provides great pace and skill through midfield alongside Anderson, with Young the current competition leading disposal winner, and Kalin Lane the 204cm ruck set to service them. They’ll all have to be on-song against a Subiaco midfield which boasts Jack Clarke medalist Lachlan Vanirsen, who had 29 disposals and two goals in last week’s preliminary final.

The Lions will also rotate the likes of Connor Patterson, Jed Kemp, and bottom-ager Matthew Johnson through the middle, types who enjoy getting their hands dirty. Subiaco leader Sandon Page will also renew his rivalry with Jack Avery, after being held goalless for consecutive weeks. Jaxon Bilchuris is another Subiaco forward with plenty of goals to his name, while recent state combine addition Tyler Brockman will hope to impress.

After a qualifying final decided by 15 points in Claremont’s favour, the reigning premier will again be the favoured side coming in. While premiership glory is the number one priority, many of the prospects out there will also be looking to bring good form into the upcoming West Australian All-Star fixtures.

Our squads are locked for the 2020 @Optus WAFL Grand Final ? pic.twitter.com/y7CstTnENT