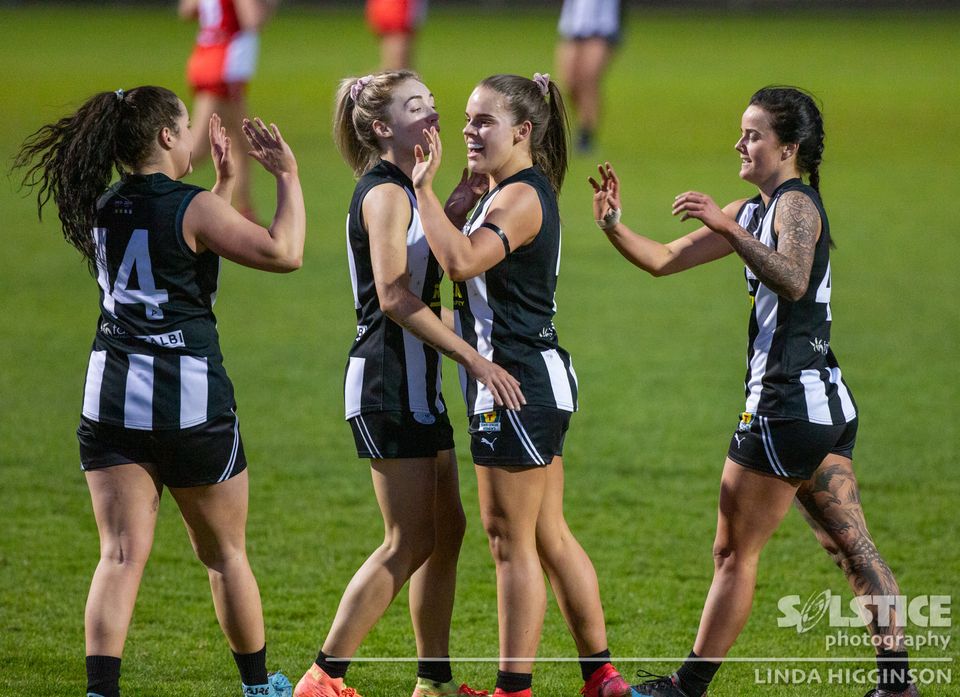 A STANDALONE match between two finalists will close out the 2020 Tasmanian State League (TSL) Women’s season. Fourth placed North Launceston hosts third placed Glenorchy in a nice tune-up for finals in the only game of the round from 11.30am on Saturday at UTAS Stadium. Realistically there is not a great deal on the line with both secured in finals, and the only chance of movement comes in a massive win to Glenorchy who could then mathematically overtake Clarence in second.

Regardless of the result of this match, North Launceston will take on top of the table Launceston next weekend, whilst Glenorchy plays Clarence. Both sides will be up against it considering both of Glenorchy’s losses have coming against Clarence, yet they have accounted for Launceston both times. Just as strange, while Launceston has lost to Glenorchy twice, the Blues have sought revenge on the reigning premier Roos in both meetings. The Bombers on the other hand have had just the two wins, both coming against the winless Tigers in fifth. Nonetheless, the regular season gets thrown out once finals start as that is a different ball game.

The last time these sides met, Glenorchy got up by 32 points, defeating North Launceston 7.6 (48) to 2.4 (16). It was the Bombers who raced out of the blocks to shock the Magpies in the first term and lead by seven points, but then only managed three behinds for the rest of the game as the home side piled on 6.6 at KGV. Molly Mitchell (three goals), Tiarna Ford (two) and Sarah Skinner (two) made up the Magpies’ seven goals, while Maggie Cuthbertson and Bonnie Farrell kicked the two Bombers goals. Libby Haines and Skinner were the standouts for the winners, while Sophie Farrow and Hayley Breward both impressed for the losers.

One intriguing aspect of the match is whether or not Skinner can take home the competition’s leading goalkicker award. She sits two behind Clarence’s Jessie Williams, and without Williams playing another game, multiple goals will see her either share the award or take it outright, having kicked 15 majors this season. Mitchell is next with that three-goal haul against the Bombers her most of the season having kicked nine in total, while Ford (seven) and Elise Barwick (six) are not far behind. In terms of standouts this year, Skinner and Zoie Crawford have both been named among the best six times, just ahead of Jemma Webster and Haines who have received four bests this year.

For the Bombers, Farrell leads the way with four majors, one ahead of Cuthbertson, as four players have two goals a piece being Ella Maurer, Emily McKinnell, Sophie Townsend and Breward. As for the bests, Cuthbertson and Zoe Bourne have been named there four times, as has Jodie Clifford and Kayla Sheehan. North Launceston is the underdog in this game and will need to be at their best, but the Bombers would love to claim a scalp on the eve of finals and head in with a two-game winning streak.