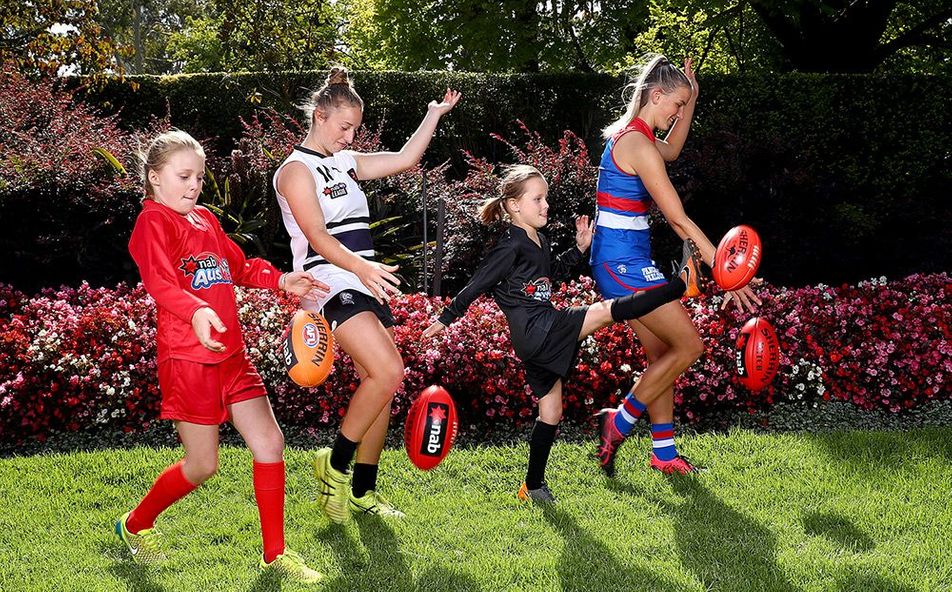 THE AFL Women’s Draft is fast approaching and in the lead-up to the draft, we take a look at each of the AFL women’s sides in pairs and see what they might look for, and who might be available with the selections they have. Next up in our series are the two inaugural sides from Victoria, in Melbourne and the Western Bulldogs.

With somewhat of an ageing list and the premiership window closing, Melbourne seemed to recognise both factors during the sign and trade period. As one of the busier clubs, the Dees enacted a big turnover of established players, allowing them to bolster their draft hand to make the most of a bumper crop and regenerate ahead of the 2021 season.

Elise O’Dea was the biggest loss, as she was packaged up and sent to the Blues alongside Maddy Guerin, while defender Harriet Cordner was shipped to Richmond, Aliesha Newman to Collingwood, Bianca Jakobsson to St Kilda, and Katherine Smith to GWS. A strong, established core remains, but that’s a big loss in starting-21 players. Coming the other way, though is a third Irishwoman on the Dees’ list in Lauren Magee, a star of the Gaelic code.

This is as important a draft as ever for Melbourne, with a lot riding on its first pick and the value lying in its remaining hand. The Dees also boast the equal-most selections available with six, ensuring they’ll be able to cover each loss at the least.

With pick five, the third in the Victorian pool, Melbourne will likely look to bolster its defensive stocks. Sandringham Dragons tall Sarah Hartwig seems a good fit to plug a key position gap, while Western’s Isabelle Pritchard is a versatile option who can also move through midfield. Should the Bulldogs (see below) opt to overlook Northern key forward Alyssa Bannan, she could well land at Demonland.

The Demons’ remaining hand should see them further boost that defensive line with depth of all sizes, while potentially targeting another key position forward depending on what happens with pick five. Youth should be the priority, though mature-age recruits have payed off for many clubs throughout the draft, especially last year.

The Bulldogs have been gutted of some serious senior talent over the expansion years, so a quieter sign and trade period would have been a refreshing change for their fans. Still, Aisling McCarthy leaves a gap in midfield as she departs for West Coast, while Hannah Munyard has returned home to Adelaide, and Nicole Callinan is the sole retiree. 20-year-old key forward Katie Lynch was their only recruit, and may well help predict what the Dogs will do with their first pick in the draft. Having traded well to land three top-end selections, the Bulldogs’ rebuild is in decent shape.

Familiar themes could well arise from what the Bulldogs decide to do with picks two, 11, and 16 – the second, sixth, and 10th choices in the Victorian pool. After taking in a bunch of Vic Metro based talent last year, all familiar to coach Nathan Burke, the Bulldogs will likely again revert to the deep Northern Knights well of talent. While the recruit of Lynch fills a massive key position forward requirement, don’t be surprised if the Bulldogs opt for another in Alyssa Bannan with pick two. Otherwise, Olivia Barber could be the key forward they’re after with one of the two later selections.

Should they feel that area is covered, midfield support for Ellie Blackburn is another important area of improvement. Ellie McKenzie could then become the second Northern Knights captain to land at the kennel in as many years, joining Gabby Newton, while Dandenong’s Tyanna Smith is the other likely number one pick who could get a look-in. Both are damaging midfielders who should be ready to set the competition alight from Round 1. Keeping with the Knights’ theme, Jessica Fitzgerald would be a handy choice with either of the two remaining selections, a balanced midfielder who co-captained her side with McKenzie.