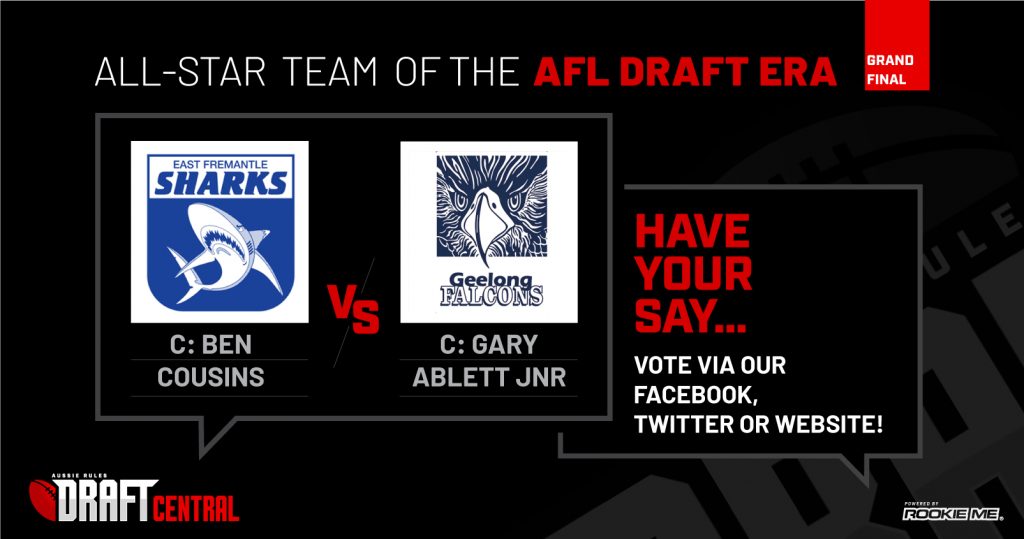 THE ultimate All-Star Teams clash has arrived with the two best sides reaching the Grand Final after a month of voting. Top seeds East Fremantle take on second seeds Geelong Falcons, and they would play out a hypothetical thriller if they clashed.

Both these teams have no shortage of star power, with elite midfields that have deep rotations, as well as strong key position options, and plenty of runners and defensive options. It is no surprise that both these teams reached the final match of the knockout tournament, and it shapes as an absolute thriller. The two captains that lead these sides are Brownlow Medallists and two-club players, Ben Cousins (West Coast and Richmond) and Gary Ablett Jnr (Geelong and Gold Coast). They have accolades that few dream of, and when comparing them, Ablett Jnr gets the marginal nod, but both were (and are in Ablett’s case) champion players.

Alongside their Brownlow captains, Black and Bartel were some of the classiest and most consistent footballers going around. They also have near-identical accolades with three premierships, a Brownlow and a Norm Smith – the only two players to achieve those feats and still play over 300 games. Bartel was one of the best wet weather players, whilst Black hardly played a bad game, and with three club best and fairests during a golden era for the Brisbane Lions, the East Fremantle product might marginally get the nod.

If these teams played out in a match, this would be absolutely crucial to the success of their respective teams. Like their real-life teammates (but on opposite sides in this) above, they had plenty of success during their careers and were among the best in their respective positions. If Taylor could shut down Brown it would go a long way to the Sharks winning, whilst a big bag of goals from Brown would aid in the Falcons getting up.

You would probably hand the points to Sandilands in the ruck battle due to the added centimetres, but Primus would potentially have more influence around the ground. Both their midfields are star studded, so it would be a huge start for the rucks to win first hands to the ball. However given the quality of the onball groups, if one ruck got on top of the other, the midfielders would no doubt be able to learn to shark the opposition taps.

Which midfield gets on top?

It is a tough question to answer because both are ridiculously talent rich to the point of All-Australians, Best and Fairests and even Brownlows and Norm Smith Medals feature highly. East Fremantle have the star power in terms of the starting onballers, but the half-forwards for the Falcons in Ablett and Patrick Dangerfield provide better rotation, though Daniel Kerr coming off the bench and Elliot Yeo rotating through there would be electric.

Who does Cameron Ling tag?

Imagine being the Falcons coach and having to pick just one player to saddle up Ling alongside with given all the rest will likely get off the chain. The first impression would be Black as the most damaging, but Cousins is another option in there as someone who must be stopped. Jordan Lewis could even play a defensive role, whilst the likes of Dom Cassisi and Josh Carr coming off the bench would likely follow around Dangerfield and Bartel.

Are the defences too tall?

It would be an interesting proposition for the coaches seemingly having two key position players in each forward line, but three key defenders. Chances are, the Sharks may throw Cale Hooker forward, which gives Lachlan Henderson a matchup, otherwise Henderson goes in without a direct player to man for his size. The Falcons might opt to bring in young guns James Worpel and Sam Walsh, but with these kinds of midfields, chances are they would not play in their preferred position. For the Sharks, they have David Swallow who is waiting in the wings, but with midfield depth for days, it is hard to squeeze them all in.

This match is an absolute cracker with elite players across both sides. You get the feeling that Geelong’s elite group stretches a little more, but the East Fremantle side has greater depth in the right areas. Either of these teams could win on the day and it is fair to say they would bring in a full house with this kind of star power on show. 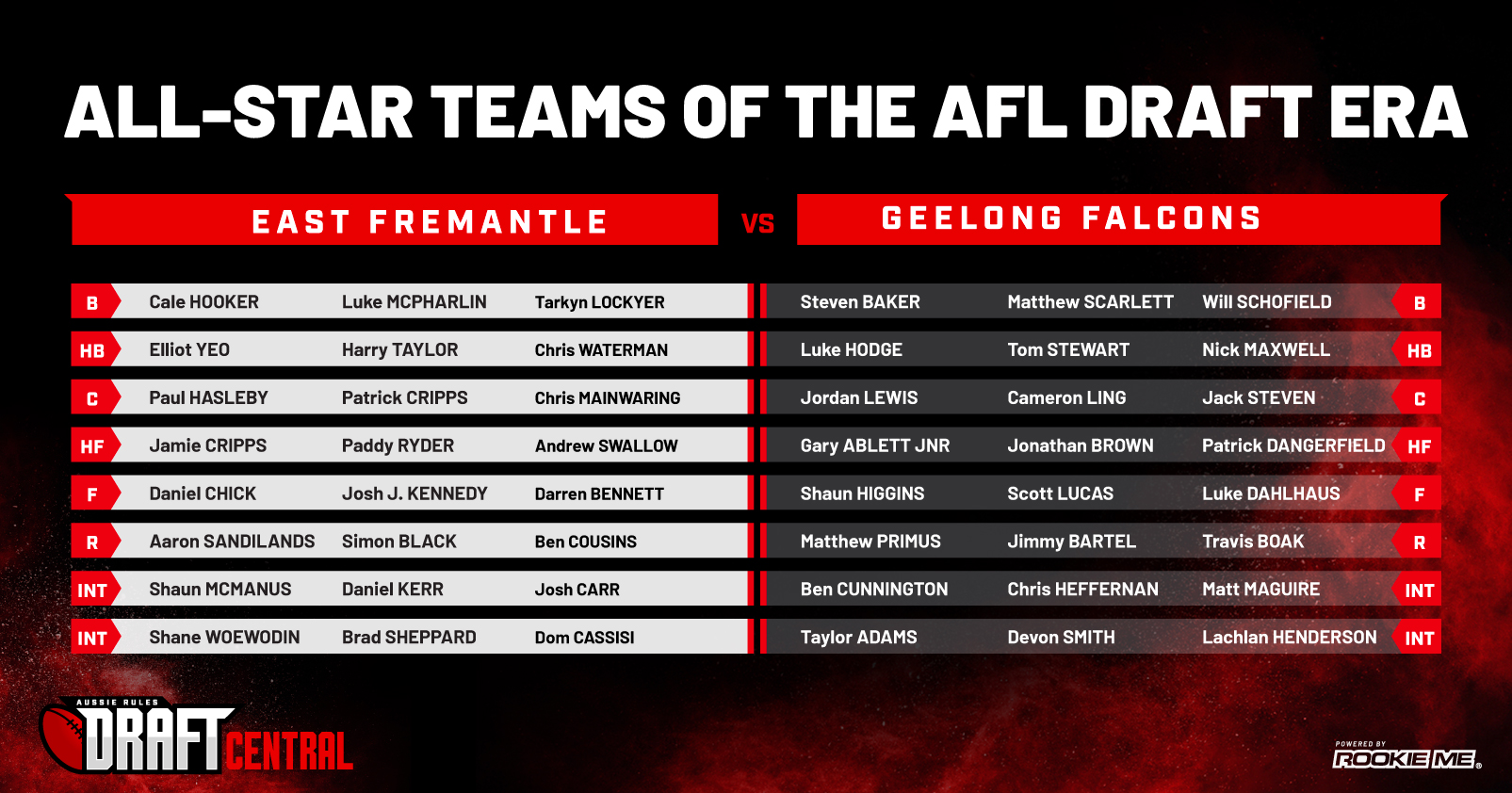 Which All-Star Team is the best?
Created with Quiz Maker