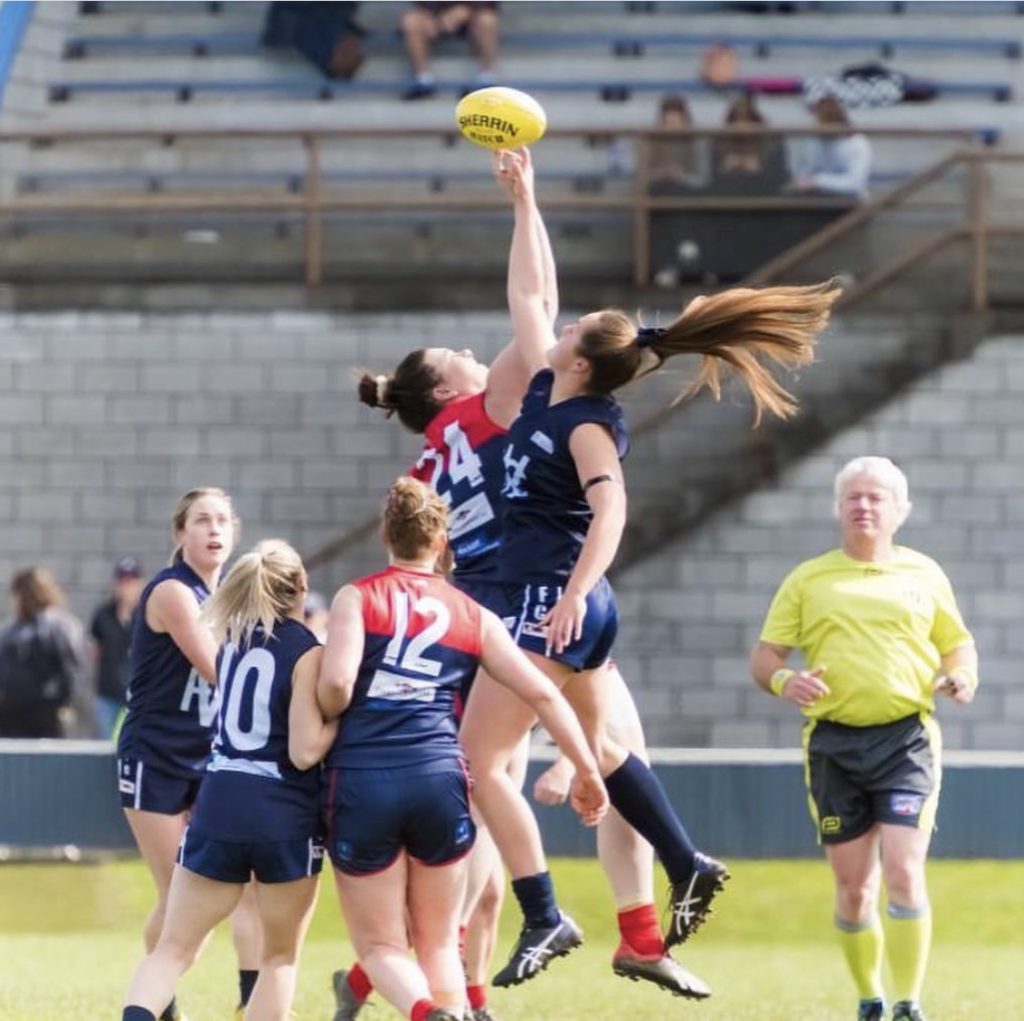 IT is a unique experience being able to test at an AFL Women’s Draft Combine, but it is made all the more unique if you are the only one invited. While Tasmania’s Charlie Vandenberg was not alone for company – the Tasmanian AFL Draft Combine invites were there – the state hockey representative was the only female invitee from the Apple Isle.

Vandenberg said she was “shocked” that of all the players in the Tasmania Devils program, she was the one that was picked to test.

“As I was the only Tassie girl, I was very shocked and like ‘oh wow’, that’s interesting because I trained with our best footy players in the state,” she said. “I didn’t think I would have been the name picked out of us all, but every grateful for it obviously and wasn’t expecting it at all.”

Vandenberg admitted it was not her usual fitness testing event and had some nerves when entering the facility.

“It was very daunting to start off with,” Vandenberg said. “Not really knowing anybody there, only 10 or so that tested and a couple of injuries. “It wasn’t too bad because there weren’t many people but it was still daunting because I didn’t know that many faces. But definitely a good experience to be able to do that.”

Vandenberg has played hockey her whole life, whilst testing herself at Aussie rules football through school. It was not until Year 11 that a girls’ football team got off the ground where she was able to play a “handful” of games just for fun. Not long after, Vandenberg and some of her school friends were invited to trial out for the Devils, and from there she earned a place on the NAB League Girls’ list.

“Originally before any of our trainings or anything like that I was told ‘you’re here for development, you could have potential, you’ve never played before so don’t go into it with any expectations and just see what happens’,” Vandenberg said. “So I was happy with that and just happy to be apart of it all.

“The first two games, we didn’t change our team for those games. “The third game, which would have been Round 4 of the NAB got called off, and next week we had a call just to see how everybody was and they told me ‘oh you were actually selected to go play in that third match for our team’ and I was like ‘oh well that is a bit sad’ but it was motivated me to keep training because I had the potential.”

By her own admission, Vandenberg said she did not expect a game during the season, so being told she had proven enough at training to warrant a spot – cancelled game or not – gave her hope. With the NAB League season done and dusted, Vandenberg suited up for her local club, Wynyard. She was never expecting to receive an AFL Women’s Draft Combine invitation, but when she did, it only fuelled her more.

“Well it’s all still very fresh and I still don’t have much of an idea, like I haven’t been part of footy for a year now,” Vandenberg said when asked what she hoped to get out of the sport. “But with the coaches and stuff said if you give it a fair crack you could make it to the AFLW and obviously with the combine and stuff this year showed me if I put my head down I can get there which would be a dream to be able to, but if I don’t I’m really loving playing it so it doesn’t matter what happens.”

As a 181cm player, Vandenberg predominantly plays in the ruck, with her ability to get first hands to it and leap above her smaller opponents. In terms of her areas of improvement, Vandenberg was honest.

“Absolutely everything,” she said. “I’ve got a huge list, I’m still fresh.”

Entering 2020, Vandenberg had hoped to juggle both her football and hockey commitments, but as she found out, it would be a bit too difficult and opted to focus on her footy, a decision that paid dividends.

“At the start of the year I was going to see if I could do it (play both sports),” she said. “Play club footy and club hockey as well. “Then after the Coronavirus break, I thought ‘no I’ll give footy a crack’ so I’ve given hockey a break, and I’ll just see where footy takes me and maybe go back to hockey later in life.”

As for what it would mean to get drafted, considering where she came from 12 months ago, Vandenberg was lost for words.

“I could not even explain it,” she said. “It would be an absolute dream come true. “It would really mean a lot, I would be speechless.”