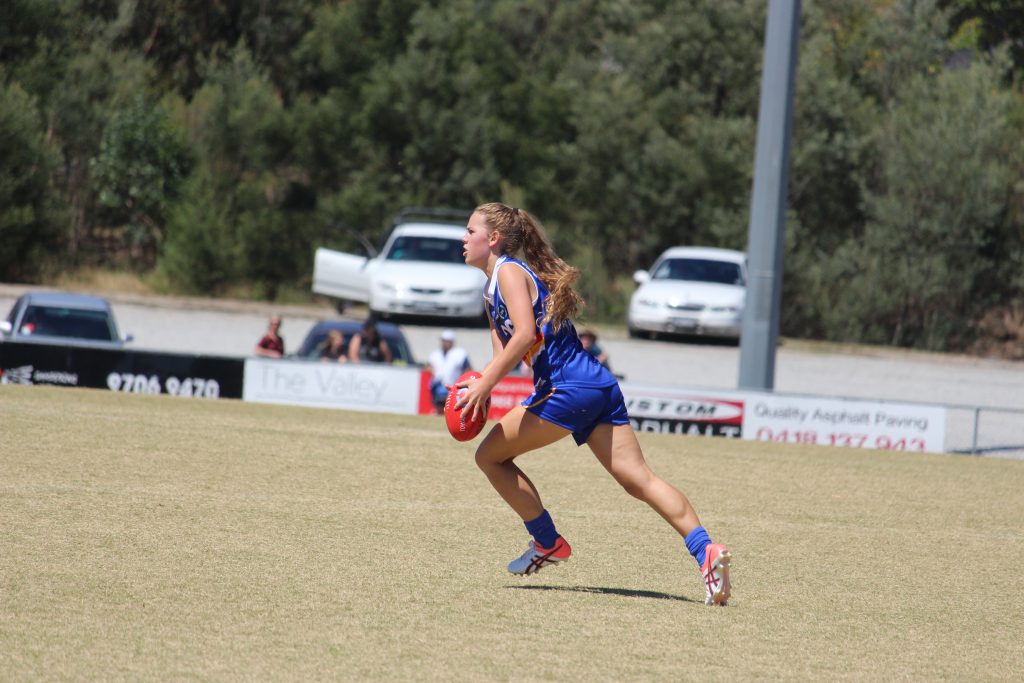 THE AFL Women’s Draft is fast approaching and in the lead-up to the draft, we take a look at each of the AFL women’s sides in pairs and see what they might look for, and who might be available with the selections they have. Next up in our series are the two sides from Victoria, in powerhouse clubs Carlton and Collingwood.

Carlton was involved in a couple of major trade deals during the off-season, with inaugural Blue Sarah Hosking‘s move to Richmond one of the most notable exchanges of the trade period. It was the first confirmed deal made, and would allow the Blues to then land Melbourne gun Elise O’Dea and fellow former-Demon Maddy Guerin, offloading the pick 15 they received for Hosking. The Blues moved up the draft order ahead of a bumper crop, as defender Jayde van Dyk and pick 46 were swapped for pick 36. Add former Gold Coast youngster Charlotte Hammans to the mix, and Carlton remains one of the big winners out of a busy off-season as it enters the premiership window. Four players – Joanne Doonan, Katie Harrison, Sharnie Whiting, and Emerson Woods – were delisted.

While the O’Dea coup will undoubtedly bolster Carlton’s already elite midfield group, Hosking’s departure arguably leaves room for a fast, outside midfielder to enter the fold. With their first selection back at pick 12, the Blues will have access to the seventh Victorian pick.

There are a bunch of high-end hopefuls in the mix; Northern Knights co-captain Jess Fitzgerald would provide a like-for-like Hosking replacement, able to bring speed on the outside and good balance with her inside toughness, while Alyssa Bannan could be a shrewd pick to develop under her idol, Tayla Harris – though the Blues are well stocked in the key forward department. Carlton has a great relationship with the Northern region, and could continue the trend with their latest crop.

The likes of Winnie Laing, Abbey Jordan, and the silky Bella Eddey could all be in the mix for a share in those later two picks. Laing is a leader at the Sandringham Dragons and is a terrific runner, Jordan fits the bill for outside run, while Eddey is a terrific user of the ball who can rotate through the midfield from up forward.

With an incoming father-daughter selection and a forwardline to bolster, the Pies had a mixed off-season. Sarah D’Arcy and Sarah Dargan were packaged up to Richmond in exchange for picks in the later rounds, with Katie Lynch also headed to the Bulldogs. It leaves Collingwood a touch lacking in that forward department, with D’Arcy and Lynch doubling as tall depth lost. Abbey Green was nabbed from North Melbourne to support Sharni Layton in the ruck, while exciting Melbourne forward Aliesha Newman is another good get. With four retirees – Emma Grant, Kalia Bentvelzen, Eliza Hynes, and Machaelia Roberts – only one player (Georgia Gourlay) was delisted, with a decent turnover rate meaning the Magpies will have to gel quickly in order to continue their steep rise. It was hardly the big-name signing period Collingwood had last time out, but should set the club up well in future and for the upcoming draft.

Parting with their first round pick means the Pies will likely only have to pay a second round price for gun father-daughter selection, Tarni Brown. She is daughter of 254-game former captain, Gavin and sister of current players Callum and Tyler. The Eastern Ranges product has long been on the elite level radar, and is clearly cut from the same cloth as her brothers with terrific footy smarts and agility through midfield.

Elsewhere, Collingwood may look to re-stock its forwardline with whatever picks remain. Greater Western Victoria (GWV) utility Renee Saulitis would be a handy fit to replace Dargan with some x-factor, while Rebels teammate Isabella Simmons may also be a good fit at 185cm. Incidentally, both are Magpies fans. Another GWV tall, Maggie Caris could also be the developing ruck type Collingwood is after, while Mimi Hill is a classy midfield option should the Pies look to continue their Oakleigh link. Norwood’s Matilda Zander could prove a smokey having played under Steve Symonds in South Australia. She was poised to play for Collingwood’s VFLW side this year.