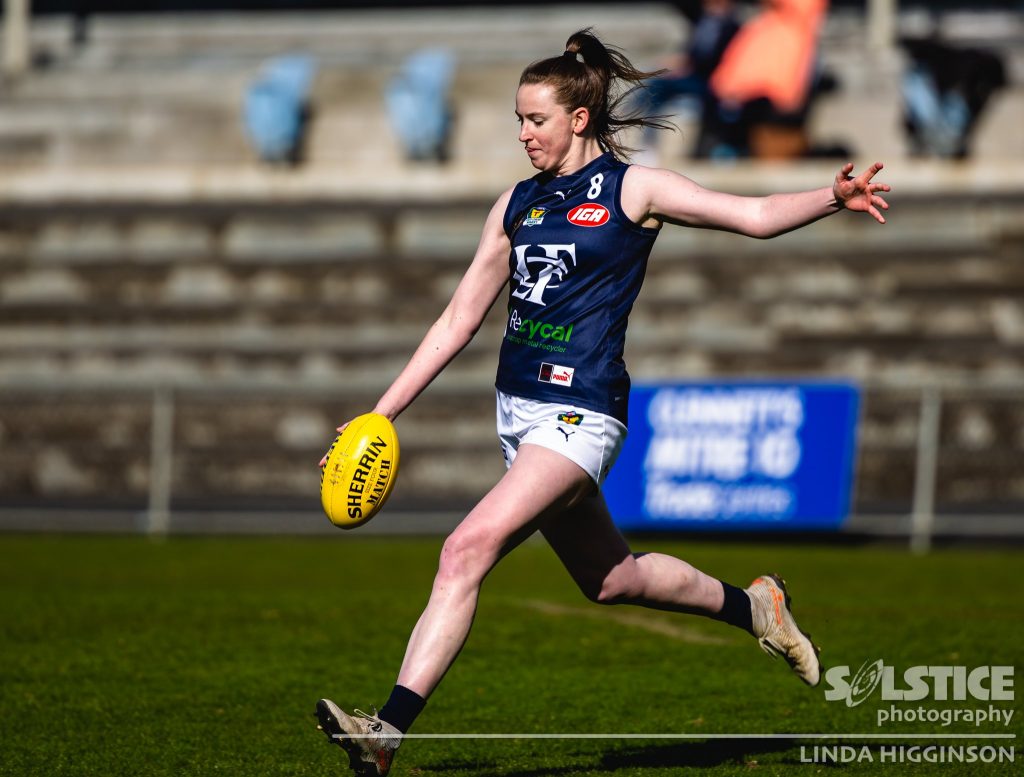 LAUNCESTON has secured top spot in the Tasmanian State League (TSL) Women’s competition with a crucial win over Clarence in both sides’ final matches of the regular season. In the other of two matches played, North Launceston sentenced Tigers to the wooden spoon handed the Tigers an eighth loss and see the Bombers lock up fourth spot ahead of the final round.

The Blues never had it all their own way, leading by two points at quarter time and three at the main break, but neither team could apply too much scoreboard pressure. Launceston kicked a couple of crucial goals in the third term to stretch the lead out to 17 points, before Clarence came home to kick the final goal of the match. It would not be enough for the home side however, as Launceston recorded a memorable 3.7 (25) to 2.3 (15) win.

Daria Bannister booted a couple of goals and was named among the Blues’ best, with Brooke Brown also superb, kicking the other major and was prominent across the ground. Young gun Mia King was named best on ground in the 10-point victory, while Kelsie Hill and Cecilia Cameron were also among the top players on the day. Jessie Williams and Grace Mitchell booted the two goals for Clarence, as Nicole Bresnehan, Natalie Pearce and Charlotte Kenny all shone in the victory.

In the other match, North Launceston won its second game of the season, holding Tigers to one goal in a 33-point triumph. The Bombers kicked 3.4 in the first half and kept the home side scoreless to head into the half-time break 22 points ahead. Tigers gave their fans a glimmer of hope in the third quarter, kicking 1.1 to cut the deficit to 15 points, before the Bombers ran out stronger with their best quarter of the match, kicking 3.0 and getting up, 6.4 (40) to 1.1 (7).

Ella Maurer was best on ground for the Bombers, also converting two goals, while Ruby Slater and Sophie Townsend were also named amongst the best and hit the scoreboard. Zoe Bourne and Hayley Breward impressed in the victory, while Bonnie Farrell and Emily McKinnell kicked majors. For Tigers, Gillian Millar kicked the only goal, while Hailee Baldwin, Bianca Bell and Bianca Phillips were all strong despite the loss.