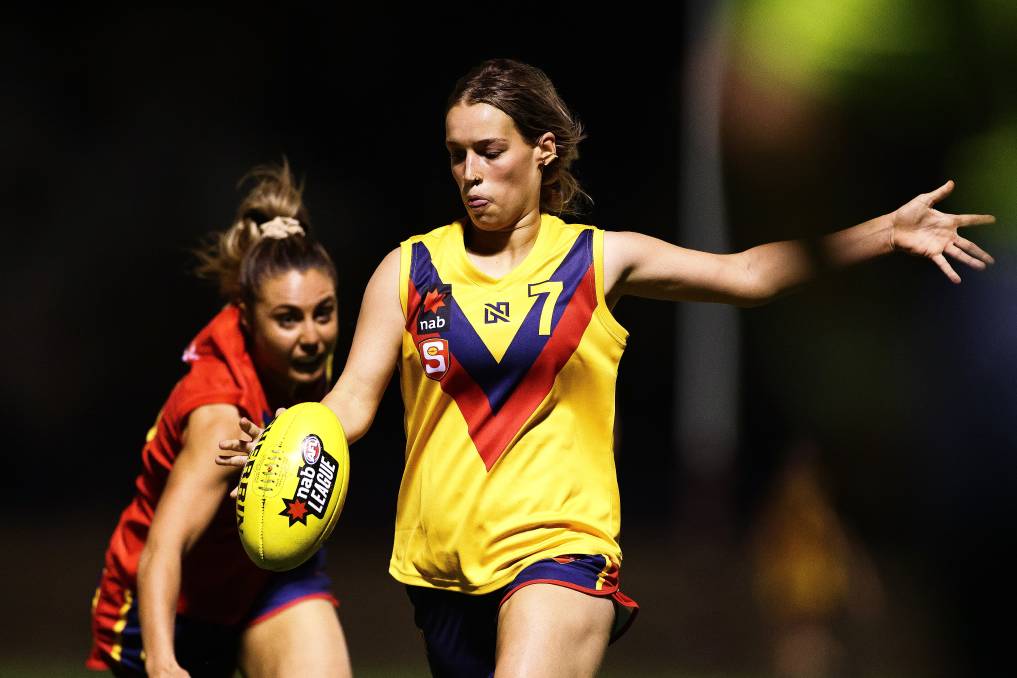 IT was a move that took great courage.

Tahlita Buethke had played netball since she was six years old, but after some deliberation, made the transition to high-level football with South Adelaide. Despite a rollercoaster year for budding AFL Women’s draftees, the 18-year-old has not looked back.

“It took me a long time to actually have the balls to go out to South,” Buethke said. “When I started playing I always got so much joy out of the game. I definitely want to get somewhere in footy but still have lots of work to do yet.”

Having made her SANFLW debut for the Panthers in 2020 and played seven games, the athletic midfielder has in large part justified the faith shown in her as she entered the South Australian junior talent pathway. Described by SA talent manager Robbie Neill as having a “big future”, Buethke’s rate of development has been steep.

She says the elite pathway has aided her growth despite a pandemic-effected season, combining well with the already-present sporting base which has seen her transition to the level seamlessly. It has her dreaming big.

“The South Adelaide Under 17s program helped ready me for the seniors,” she said. “They have developed me so much within this short season due to Covid-19. “The South Australian pathway, with both of them helping, worked so well and this year I have learnt so much about the sport.

“My speed is very helpful and with me playing netball, my marking is pretty good. (I am still) needing to improve on knowing when to take the game on… (but) I like a fast game.”

“Having the opportunity to play for a team like South (was a big achievement), in the next coming years I’d like to to try get drafted.”

Buethke sees the wing as her best position at senior level, and an impactful showing during this month’s AFLW Under 18 All-Stars showcase undeniably boosted her stocks. The raw prospect supports the Adelaide Crows’ women’s side, but says if given the chance, she “would definitely move away” to play top flight football interstate. With a part-time job as a painter in tow, Buethke is also kept reasonably busy during the week – often enjoying a “quick nap” before scooting off to training.

The South Australian’s next major point of call will hopefully be at the AFL Women’s National Draft on October 6.