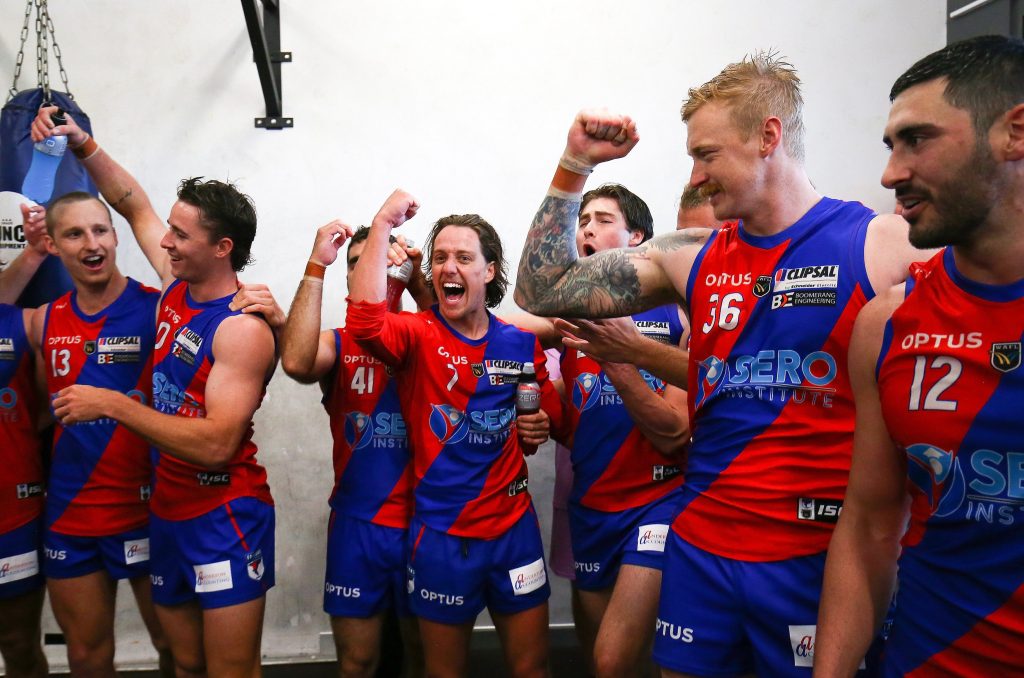 YOUNG talent continues to turn heads at state league level around the nation, and it has been no different across all three WAFL grades upon the competition’s resumption in 2020. As we roll into the second week of finals, Draft Central continues its new weekly preview format, highlighting some of the best up-and-comers who will be out to impress with each passing game. With Grand Final spots up for grabs, stakes are high for the state’s brightest prospects and bonafide stars.

South Fremantle and West Perth play off for the right to play Claremont in the League decider, with the Bulldogs on a mission to add to their minor premiership. The top-ranked side will be made to lean on its second chance after consecutive losses, while West Perth is riding the wave of an 11-point victory in Week One to secure passage to the prelims.

Against a hardened and experienced South Freo outfit, the Falcons will also look to take in its fair share of young talent. 21-year-old midfielder Connor West had a season-low 11 disposals last time out, but laid eight tackles and has what it takes to make an impact amid the finals atmosphere. 202cm bigman Zak Patterson and former Subiaco ball magnet Tristan Hobley have been named on the Falcons’ extended bench, both looking to retain their spots.

Claremont’s Reserves will hope to join their League and Colts teammates in the final week of the season, when they square off against Subiaco on Sunday afternoon. The Lions’ second chance comes into play after a loss to the undefeated East Perth, while the Tigers will hope its winning form counts having beaten South Fremantle last week.

Both sides boast a good array of youth prospects, with brothers Liam and Wil Hickmott among them. The midfielders carry League experience, and make up two of the three centreline selections for Subiaco. Thomas Edwards-Baldwin is another to watch for the Lions, named in the forward pocket to round out a month of Reserves footy after his own League stint. Fellow 21-year-old Koby Fullgrabe also features on the extended bench.

In response, the third-ranked Tigers boast players who can provide a spark on each line. The pacey Isaac Barton looms as one who can open up the game from midfield, while Jye Clark, the brother of Geelong’s Jordan has been named at half-back, and mainstay Jack Buller remains at half-forward.

Subiaco’s Colts will hope to make it a first-versus-second Grand Final, but have to get through the fourth-ranked East Fremantle before attempting revenge on Claremont. Ball-winning quartet Lachlan Vanirsen, Connor Patterson, Jed Kemp, and Matthew Johnson are all coming off strong showings for the Lions, with Kemp and Johnson getting their hands dirty defensively, too.

They’ll all play a key role for Subiaco, especially given the Sharks’ stocks. Bottom-agers Joshua Browne and Corey Warner have risen steeply of late, while Finn Gorringe is enjoying his time across half-back without Jack Carroll. Fellow defensive pair, Brandon Walker and Keanu Haddow have been reliable all season, while Chris Walker will be riding high having been added to the National Combine list.

Other combine invitees to watch include Subiaco defender Blake Morris and forward, Tyler Brockman, while East Fremantle’s Jed Hagan is a 2022-eligible gun who should benefit greatly from the heat of finals football in midfield.

Prelim teams have landed ?
Who will advance to the 2020 @Optus WAFL Grand Final? pic.twitter.com/XXLCMJWjJA