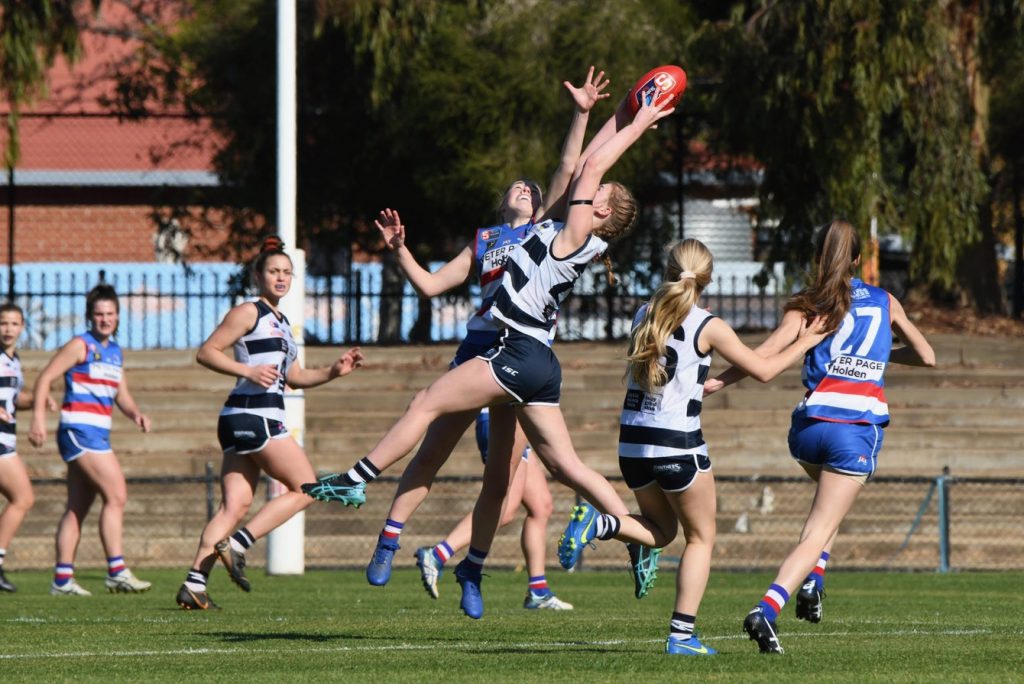 THE AFL Women’s Draft is fast approaching and in the lead-up to the draft, we take a look at each of the AFL women’s sides in pairs and see what they might look for, and who might be available with the selections they have. Kick-starting our series are the two sides who have a monopoly on their states in Adelaide Crows and GWS GIANTS.

Adelaide is in the box seat next season and should be another contender for the 2021 flag. After a 2020 season interrupted by multiple injuries, the Crows will regain two of the best players in the competition in Erin Phillips and Chelsea Randall, whilst saying goodbye to retirees, Jess Foley, Courtney Cramey, Courtney Gum and Sophie Li. Maisie Nankivell also retired to focus on her netball with the Adelaide Thunderbirds, while Nicole Campbell and Jaimi Tabb were two delistings after one season.

In return, the Crows welcomed back a trio of South Australian players with Jess Sedunary (St Kilda), Lisa Whiteley (GWS GIANTS) and Hannah Munyard (Western Bulldogs) all completing trades home. The movements left three available spots on the Crows’ list, and conveniently those picks are 4, 45 and 48.

When it comes to South Australia, it is hard to look past South Adelaide’s Teah Charlton as the standout player from an under-age perspective. She has a bag of tricks and is as dangerous overhead as she is at ground level, knows where the goals are and can play through the midfield or forward line, and even been tested in defence at times. Put simply, in an open draft – ignoring the zoning – she would be taken in the top 10, so expect her to be the likely first selection for the Crows.

With the two remaining picks, Charlton’s Panthers’ teammate Indy Tahau would be the next one to look at, likely to follow her teammate – and last year’s first selection and fellow Panther Montana McKinnon – into the AFL Women’s. Outside the two clear under-age standouts, over-ager defender Amber Ward is a rock in defence and could be called up for a chance at the elite level, whilst South Australian National Football League (SANFL) Women’s leading goalkicker, Ashleigh Woodland has also earned a Draft Combine invite.

Woodland has already tasted the AFL Women’s, after the 22-year-old played four games for Melbourne in 2019 after being a free agent selection in 2018. Putting together a superb season in front of goal for the Roosters, expect Woodland to not only be on the Crows’ radar, but other clubs as well if they have not already looked into the dangerous talent. More mature-age talent that continues to shine at SANFL Women’s level includes Campbell, and train-on players Rachelle Martin and Czenya Cavouras who showed they were in the Crows’ considerations as next best post-draft.

Greater Western Sydney (GWS) GIANTS had a relatively quiet off-season, with just three players retiring in Ellie Brush, Ingrid Nielsen and Maggie Gorham last month. The sole trade the GIANTS made welcomes Katherine Smith to the club, replacing the experience lost by Whiteley heading to the Crows. Smith had been an important player for Melbourne, and the GIANTS also picked up picks 29 and 42, whilst parting with picks 25 and 39 in the process.

With a massive 25 players re-signed to the club and only three departures, it leaves three spots for the GIANTS to select players, holding selections nine, 29 and 42 in the 2020 AFL Women’s Draft, with Pick 53 also belonging to them. Much like the Crows, the pick selections matter little given they can handpick the players who have nominated for their NSW/ACT zone.

The GIANTS had a fairly unpredictable draft last year with a number of surprises, including the rapidly developing Gorham from Canberra with their first pick. This year they have some more young guns through the AFL Women’s National Academy who have put their hand up and earned Draft Combine invites, but as we saw with Brenna Tarrant, players can end up in other states.

Looking at those AFL Women’s Draft Combine invites, there are five who have stood up, four of whom have been Academy members this year. Three of those Academy members have risen through the pathways together in Tarni Evans, Emily Pease and Jayde Hamilton who could all be among the consideration for the top 10 pick. Evans is a contested marking player and one who has been touted as a future star since her Under 18s days, while Pease is a running half-back-cum-midfielder, and Hamilton a contested ball-winning talent.

All three have different skillsets and then you can factor in the other two players to receive AFL Women’s National Draft Combine invites – Abby Favell and Kiara Beesley. Favell is an elite runner with strong decision making skills and a high work rate, while Beesley is a former acrobat who is running around with Southern Power and who has a great blend of strength and speed, and more than capable overhead.

Like last year, the GIANTS could end up picking a handful of local players they have been watching through the AFL Sydney and AFL Canberra competitions, but there is enough talented youth there to put their hands up to go to the next level.