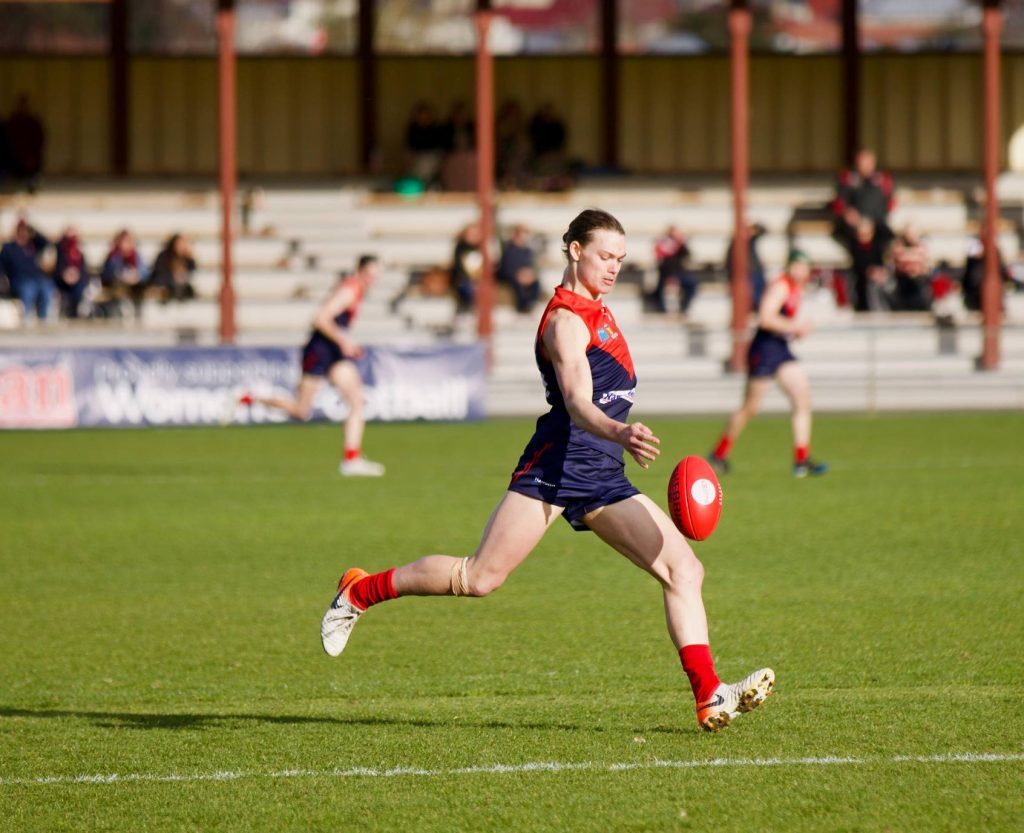 THE PENULTIMATE round of the Tasmanian State League (TSL) home-and-away season got underway on Wednesday, as Lauderdale 10.13 (73) defeated Glenorchy 2.8 (20) on the road. The action picks up again on Saturday with a pair of afternoon fixtures, while Glenorchy is back on Sunday against North Hobart. We take a look at where some of the best Tasmanian youth prospects will line up this weekend, as the finals race heats up.

With one hand on the minor premiership, North Launceston could secure its regular season glory and dash Tigers’ finals hopes in one fell swoop, pending other results. The two sides meet at Kingston Twin Ovals, having last played each other in Round 6, when the ladder leaders got up by 56 points.

After coming in on the bench last week, Oliver Sanders features on a wing for the Northern Bombers, with bottom-age jet Baynen Lowe set to provide a spark up forward. Meanwhile, bigman Jackson Callow misses again through injury. Former Tasmania representative Lachlan Gadomski assumes his usual half-back role for Tigers, while the likes of Oliver Burrows-Cheng and Riley Ashlin will rotate off the interchange.

Clarence will hope to hold onto fourth spot with only two rounds left, but faces a tough task in handling the second-ranked Launceston in Saturday’s other fixture. The Roos came out with a win over the Blues last time out in a match where the conditions wreaked havoc, but doing the double seems improbable.

Oliver Davis again anchors Clarence’s midfield alongside Ethan Jackson, with Noah Holmes injecting even more youth into the spine from full forward. Darcy Gardner was terrific in defeat last week and Baker Smith stood strong, starting at either end of the ground. Launceston’s strong side also features some promising youth, albeit off the bench in the form of Jared Dakin and Isaac Chugg.

In Sunday’s lone hit-out, bottom-two sides North Hobart and Glenorchy duke it out in a game which could well decide the wooden spoon. The Demons currently sit last, but a win would draw them level on points with the Magpies, who have an inferior percentage but have played one less game. Glenorchy is coming off a four-day break, but will hope to defeat North Hobart for a second time this season and keep touch with the top four, remarkably enough.

Sam Collins, and recent combine inclusion Jake Steele form the centrepiece of the Demons’ defence, which would also normally feature Patrick Walker. Jye Menzie will look to impact up the other end, with Will Peppin and Tyler McGinniss rotating off the bench. Just missing out this week are George McLeod, and bigman Hamish Allan, who have been named as emergencies. Meanwhile 19-year-old Ryan Banks-Smith is among Glenorchy’s young talent, one of four changes to the Magpies’ lineup.