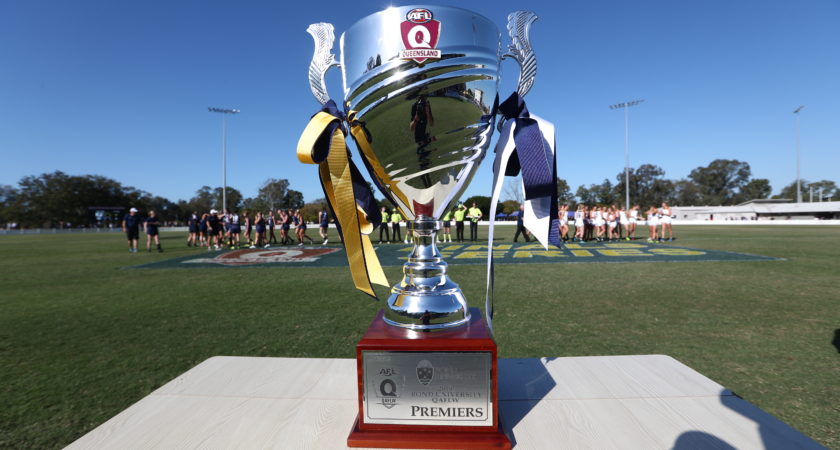 THE big day is almost here, and the two best teams in the Queensland Australian Football League (QAFL) Women’s competition are into the decider with Coolangatta Tweed and Yeronga South Brisbane to face off from 2pm tomorrow at Bond University.

The Grand Final will be a repeat of the 2016 decider, when Coolangatta Tweed – led by best on ground Leah Kaslar – won in a thriller by two points. Inaccuracy cost the Devils in that one, booting 4.11 to the Bluebirds’ 5.7 at Leyshon Park. That was Coolangatta Tweed’s first premiership, with Yeronga South Brisbane’s first of the QAFL Women’s coming a year later when the defeated Coorparoo by 18 points and Emily Bates won best on ground.

The sides have played twice this season with Coolangatta Tweed getting up on both occasions. Way back in Round 3, the Bluebirds won by 19 points, 7.9 (51) to 5.2 (32) with Georgia Breward starring, and Ahlani Eddy and Uma Brennan both booting two goals apiece. With neither side stacked with its AFL Women’s talent at that point, the Round 8 repeat on August 8 is the match to look at.

Coolangatta Tweed won 4.6 (30) to 3.8 (26) in a four-point thriller, which helped the Bluebirds secure a top two spot. A tight tussle all day, Coolangatta Tweed booted the only goal of the third term to edge ahead and then hold on in a tense final term. Four players – Kitara Farrar, Sally Riley, Paige Parker and Holly Mirfield – all booted goals for the winners, while Sam Virgo (two goals) and Adrienne Keeffe (one) were the goalkickers for the losers. Alexandra Hamlyn, Keyshia Matenga and Ebony Peterson shone in the win for the Bluebirds, whilst Lily Bougoure, Dee Heslop and Sarah Duncan were named the best for the Devils in defeat.

The Bluebirds come into the match off the back of four consecutive wins, though granted three of them were against the bottom three sides. A confidence-boosting 22-point win over Maroochydore has the second placed side primed for a title tilt, as they look to make it three wins this season against their opponents.

Lauren James was unstoppable last week slotting six goals which took her to the top of the Bluebirds’ goalkicking with 11, one ahead of Kaslar (10). Farrar (nine), Selina Priest (seven) and Riley (six) have all been prominent, while Hamlyn, Peterson and Kate Surman have been impressive players throughout the season.

For the Devils, they have won four of their past five, with only a defeat to Bond University in the penultimate round of the regular season costing themselves a top two spot. A huge win over the University of Queensland, followed up by high-scoring wins over Coorparoo (nine points) and Bond University (35 points) has them full of confidence.

Lexia Edwards has slotted 14 goals for the Devils this season, four ahead of both Lucy Bellinger (10) and Virgo (10). Courtney McDonnell has eight, while AFL Women’s Draft Combine invitees, Madison Goodwin and Zimmorlei Farquharson both have six majors to their names. Bates has been phenomenal this season, as has Jordan Zanchetta who shared in the QAFL Women’s league best and fairest. Jacqueline Yorston, Vanessa Hart and Lauren Arnell are others who have been strong for the Devils this season.

It is a tough match to call, and should go down to the wire. On our Final Siren Podcast this week previewing the clash, special guest Lily Postlethwaite predicted the Devils to win by around four goals with either Zanchetta or Bates to win best on ground.