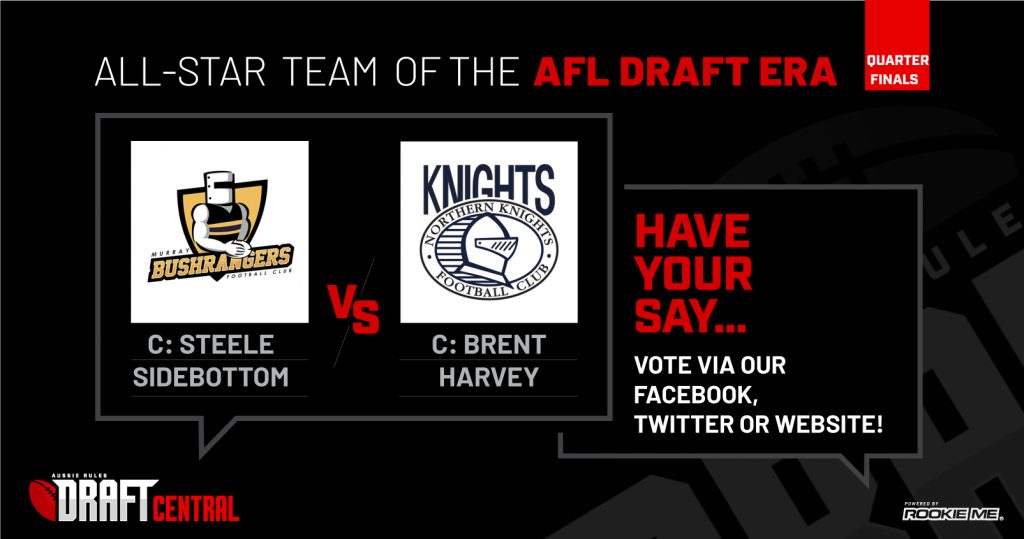 OUR next All-Star Team battle makes for another intriguing quarter final clash, set to play out between Victorian regions, in the Murray Bushrangers and Northern Knights. The two captains voted in by the public as the All-Star Players of the AFL Draft era were current Collingwood star, Steele Sidebottom (Murray) and the AFL’s games record holder, Brent Harvey (Northern).

These clubs are seeded fourth (Murray) and fifth (Northern) respectively, as the gap closes to its narrowest margin yet in our overall draw. The proposed Bushrangers squad outvoted Sturt and the Oakleigh Chargers, while Northern’s path to this stage came through Norwood and Swan Districts. The winner will qualify for the semi finals, set to face either East Fremantle or the Sandringham Dragons.

Both defences are stacked, as one would come to expect at this stage of the draw, with rebounding quality a clear strength across either back six. The Stingrays are well stocked in the running department, as flankers Jack Crisp and Jarrod Harbrow are supported by Joel Smith and Zac Williams on the last line. While Harbrow and Williams possess pure pace to break the lines, Smith and Crisp are reliable users by foot who can create in transition. Add the endurance of Sidebottom and power of Brett Deledio up on either wing, and there threatens to be some serious force behind Murray’s attacking play.

But the Knights are also well stocked, with the Shaw brothers – Rhyce and Heath – both sure to generate some forward momentum out of defensive 50. Fellow former Magpie Ben Johnson has a weaponous left peg, while Chris Johnson provides a good balance to the back six alongside Dylan Grimes, and Nick Vlaustin off the bench. Further afield, the likes of Leigh Montagna, David Zaharakis, and Brent Stanton will run all day between the arcs, with Paul Licuria another who accumulates with ease.

Ultimately, it’s clear both sides have serious run in their legs, particularly in defence. But given Northern’s elite runners further afield allow for a greater balance in the defensive setup, we give the Knights a big tick in that third of the ground.

Northern’s spine has an ominous look about it, propped up by four formidable key position starters. Collingwood fans would get a good hit of nostalgia seeing Simon Prestigiacomo and Anthony Rocca line up at opposite ends, accompanied by Michael Hurley and Lance Whitnall respectively. In terms of starting stocks, particularly in defence, the Knights arguably have Murray covered. Jarrad Waite and Barry Hall stack up well inside forward 50, with Ben Reid and Alipate Carlile up the other end for the Bushrangers.

However, the country region seems to gain an edge in terms of depth, laying claim to some high level bench depth. Ben McEvoy and Justin Koschitzke, who can both rotate through the ruck or at either end of the ground, make for sound back-up, along with Fraser Gehrig hidden in the forward pocket. The ruck duel between Murray’s Steven King and Northern’s Matthew Kreuzer is difficult to split, so it seems Murray has the greater weight of options in the tall department.

As is the case with almost every side seeded in the top 10, the midfields run deep. Northern’s centre bounce starters jump off the page, with Adam Simpson at the core alongside Trent Cotchin and Marcus Bontempelli. Murray’s selection of David Mundy, Clayton Oliver, and Tom Rockliff is solid in its own right, but doesn’t quite compare to what the Knights have to offer. On the outer, Sidebottom and Deledio ensure Northern’s Montagna and Licuria will be in for a tough day at the office, while the options of Jack Ziebell and Steve Johnson linger up forward. Northern also has options, with Harvey and Josh Caddy among those able to add a spark when required. This is a tough one given Murray’s range of options once again, compared to the weight of elite talent on Northern’s side.

As the rankings would suggest, there is hardly anything to split these two sides. Northern was a prolific talent region throughout the 90s and early-2000s, hence why so many of their All-Stars are already household names. Murray has long been a hotbed of talent as far as regional areas go, and it clearly shows in its well-balanced, well-stocked side. In a flip of the coin, and given the areas touched on above, I am taking Northern. 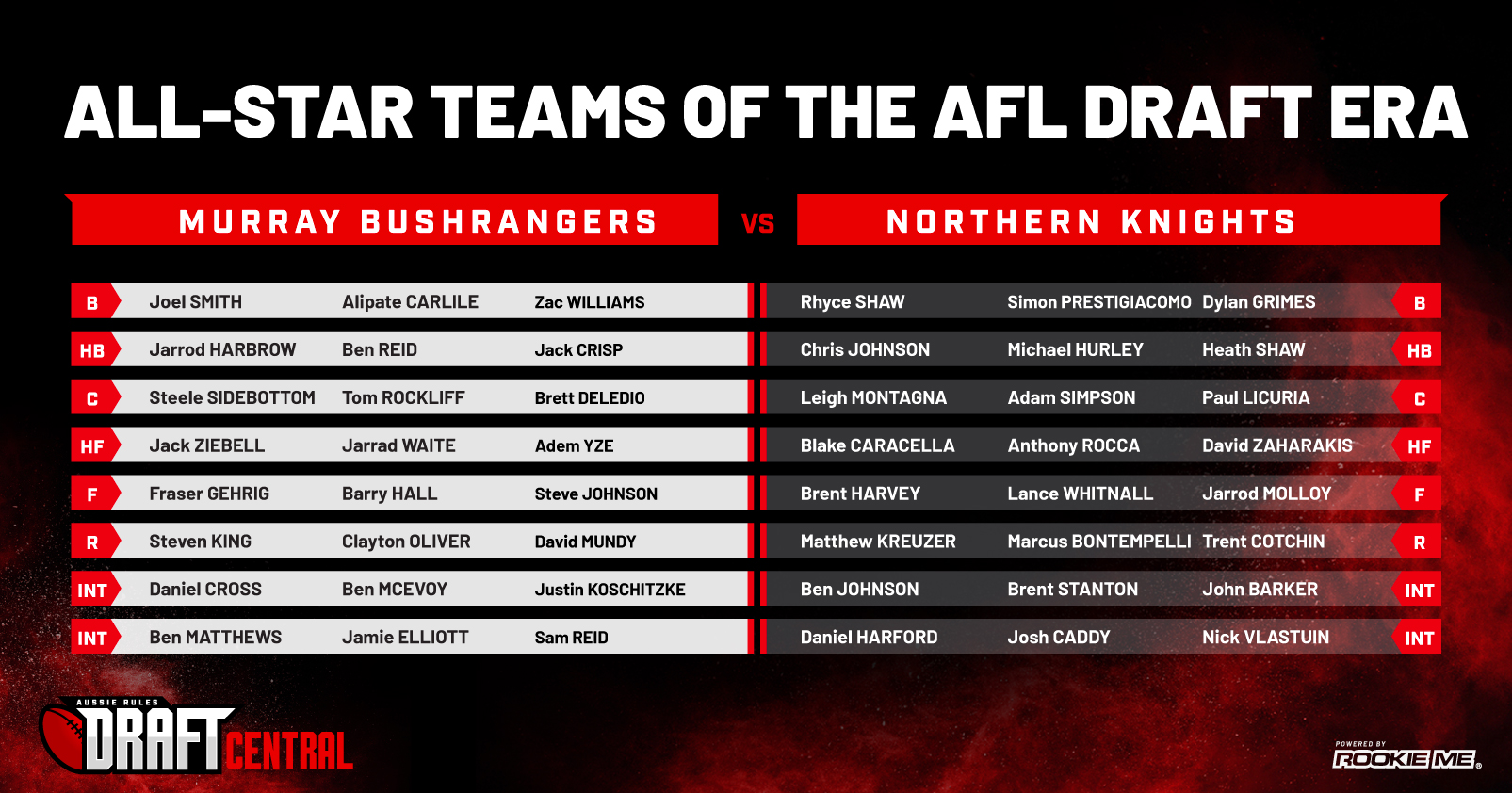