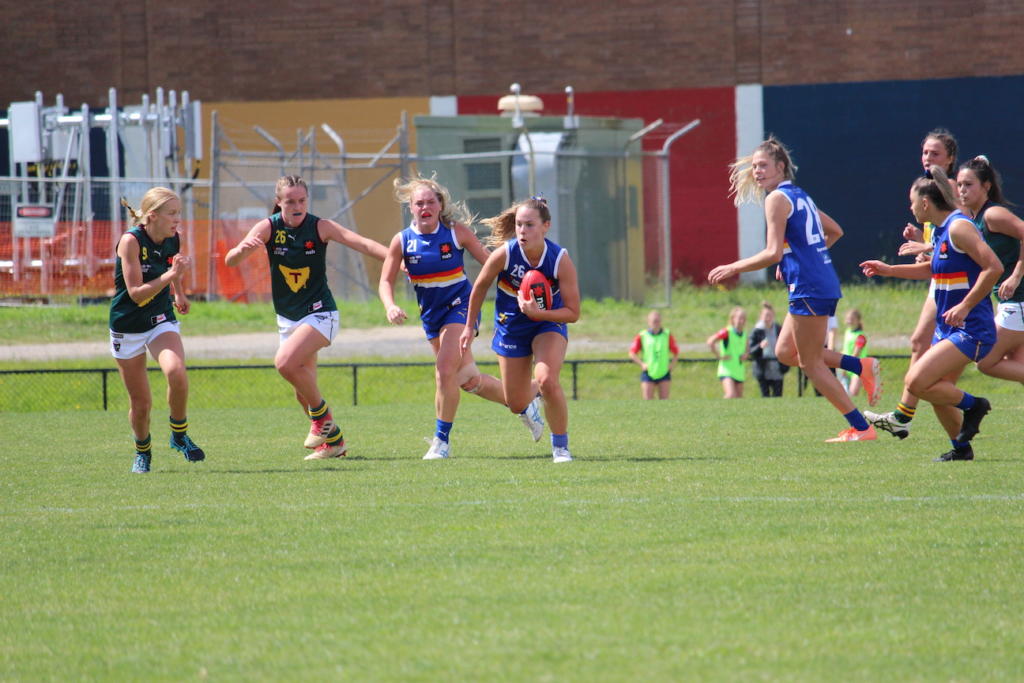 IN a new series focusing on the up and coming AFL Women’s Draft hopefuls, we take a look at some names who would be among their respective states’ top draft prospects for the 2020 AFL Women’s Draft. Next under the microscope is Eastern Ranges’ midfielder Tarni Brown who is tied to Collingwood as a potential father-daughter selection and has some eye-catching traits.

The most talked about prospect in this year’s AFL Women’s Draft from a Collingwood perspective is Tarni Brown. The Eastern Ranges small is looking to follow brothers, Callum and Tyler into the elite level, making it three from three siblings playing at a high enough level they can make it to the top. There have been many iconic photos over the year with their dad Gavin and the trio all decked out in their Collingwood gear, and now next year it looks like it will go from supporter gear to playing attire.

Brown is not dissimilar to her brothers in the style she plays, being such an evasive, slippery player with great speed. She can weave in and out of contests, and as a dual-sport player with basketball, is all too familiar with ankle-breakers leaving her opponent committing to one way as she doubles back and leaves them in her dust. Her athleticism as a whole adds to her natural footballing ability.

She certainly has plenty of natural footballing ability, with her football smarts and vision to spot teammates going forward a handy attribute of the midfielder’s game. Often a winger who has moved more inside in 2020, Brown showed she was more than capable around the stoppages, averaging 24 disposals in her two games this year, whilst still hitting the scoreboard.

While her offensive output is terrific, Brown’s defensive output is just as impressive, being a tackling machine averaging almost five tackles in both her 2019 and 2020 seasons. She can hunt the ball or the ball carrier, and she is anticipated to play at half-forward when she reaches the top level, whilst providing that speed through the midfield rotation. Consistency was always the thing for Brown to develop from last year, and this year, albeit off only a couple of showings, gave an indication she was ready to take her game to the next level.

As someone who is unsurprisingly a Collingwood fan, it is rare when all three siblings can be following the career they love under the one roof, but expect that roof to be the Holden Centre.