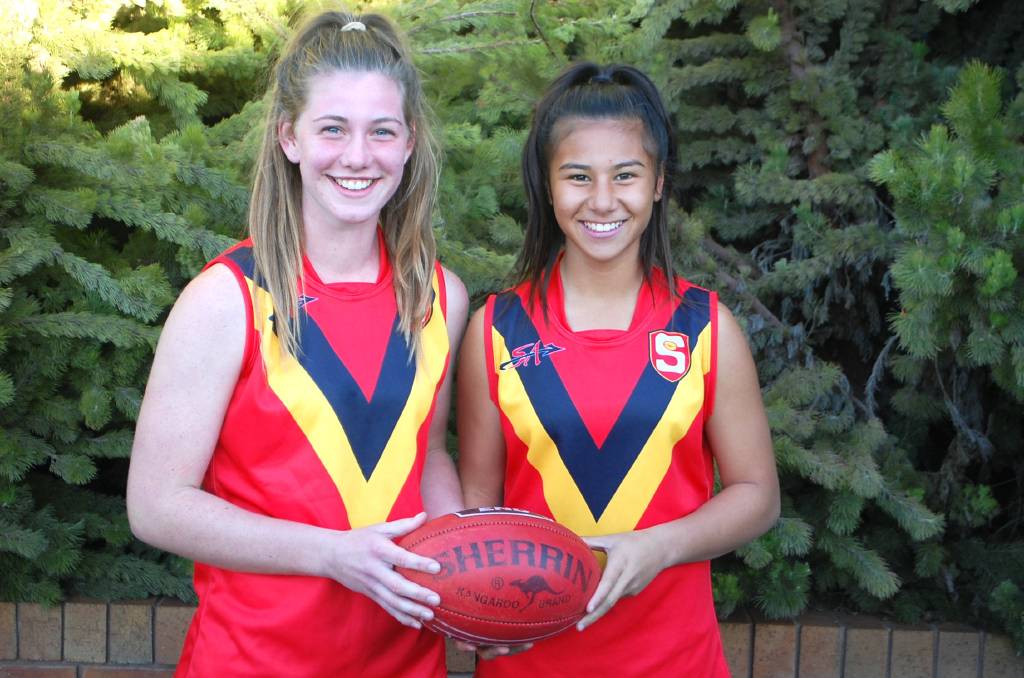 NORTH Adelaide player Andie Zbierski has not always had it easy when it comes to football. Delayed beginnings, recurring injuries and four hour car trips are all parts of her journey, but she says her love for the game has made it all worthwhile.

“I love the adrenaline rush I get from playing and how everyone gets around each other,” Zbierski said. “When one person drops their head, they’ve got the whole team, support staff and coaches to pick them up. We’re all together as a team and even after the game we all come together, it’s such an inclusive environment.”

Due to the limited opportunities to play women’s football when she was younger, Zbierski only started competing four years ago.

“I played my first year close to home at Roopena Football Club in Whyalla,” she said. “I was too old to continue playing there the next year, so I moved to Salisbury Football Club in Adelaide.”

She played a key role in Salisbury’s 2018 Division One Adelaide Women’s Football League premiership. Given the lengths the Whyalla local went through to play in that side, no one could question her passion for playing the game.

“I was driving down to Adelaide with my parents four hours there and four hours back every weekend,” she said. “The drive got a bit boring and repetitive, but it’s not a bad drive.”

Zbierski says she has fantastic parents that are fully supportive of her football career.

“Dad has always taken me out to trainings and also down to one of the ovals near our house to just work on little things and get my skills up,” she said. “Mum would always drive me down to Adelaide for my Salisbury and North Adelaide games. They’re both really passionate about my football and they always encourage me to do the right thing.”

As the only other family member with football experience, Zbierski says her dad is her biggest inspiration. He has supported all of her sporting ventures and offered her important personal guidance during matches.

“Even in the earlier days when I played basketball and netball as well, my dad would always come out, support and give me little pointers,” she said. “I just take that a bit more to heart when dad’s saying it because he knows me, he knows how I play and he knows exactly what he needs to say to me to get me to understand.”

Zbierski started playing for North Adelaide’s SANFLW side at the beginning of 2019, and she has learnt a lot about the senior style of football.

“They play very differently to country football, which is what I first got taught,” she said. “The main differences are the structures and extra level of competitiveness. Even Division One compared to SANFLW is a big difference, but once you get the hang of it, it’s really good.”

Due to recurring injury issues, Zbierski’s love for the game took a hit last year and she decided to take some time away from football after the 2019 SANFLW season.

“I had a couple of back injuries, a few repetitive groin strains and some ankle injuries that took a toll on me,” she said. “I was beating myself up because I wasn’t 100 per cent and I wasn’t playing games. Not training for a few months and moving to a different club for fun definitely helped.”

That new club was Division One’s Old Ignatians. Zbierski moved there at the beginning of this year in the hope that she could play a full season away from senior level.

“I moved to Adelaide at the end of 2019 to pursue my football career, and there’s a few girls that live at a college with me who play for Old Ignatians,” she said. “I asked mum if I could move to that club because I didn’t really play last year, it’s not a proper season because of COVID and I want to go out and just play for fun to get my love back for the game.”

While she didn’t play any SANFLW games for North Adelaide this season, Zbierski continued to spend time at the club working with their strength and conditioning coaches to get her body right.

“I did a lot of agility and changing direction training to help my ankles, and I did extra strength work through different circuits that didn’t put anything too heavy on my back,” she said. “I also did some running with a focus on changing pace and slowing down.”

Thanks to this extra effort put into looking after her body, Zbierski was able to play a full season of amateurs for the Old Ignatians in 2020. She played predominantly as a ruckman, a role that she has excelled in since her first year playing football.

“Back home at Roopena I was pretty much the tallest one out there, so since then ruck has always been my preferred position,” she said. “I would say rucking is my biggest strength, along with my tackling.”

Since she usually has a height advantage, Zbierski is strong defensively despite her lack of experience regarding how to play that role.

“Down in Adelaide I am probably average height and I was chucked in the deep end playing centre-half back during a few games this year,” she said. “I haven’t previously been taught much defensive craft, so I definitely need to work on that during pre-season.”

Zbierski has a career plan that entails one more SANFLW season before moving up to the big league.

“I hope to play a full season at SANFL level next year,” she said. “After that, I want to put my name down to be drafted for AFLW.”