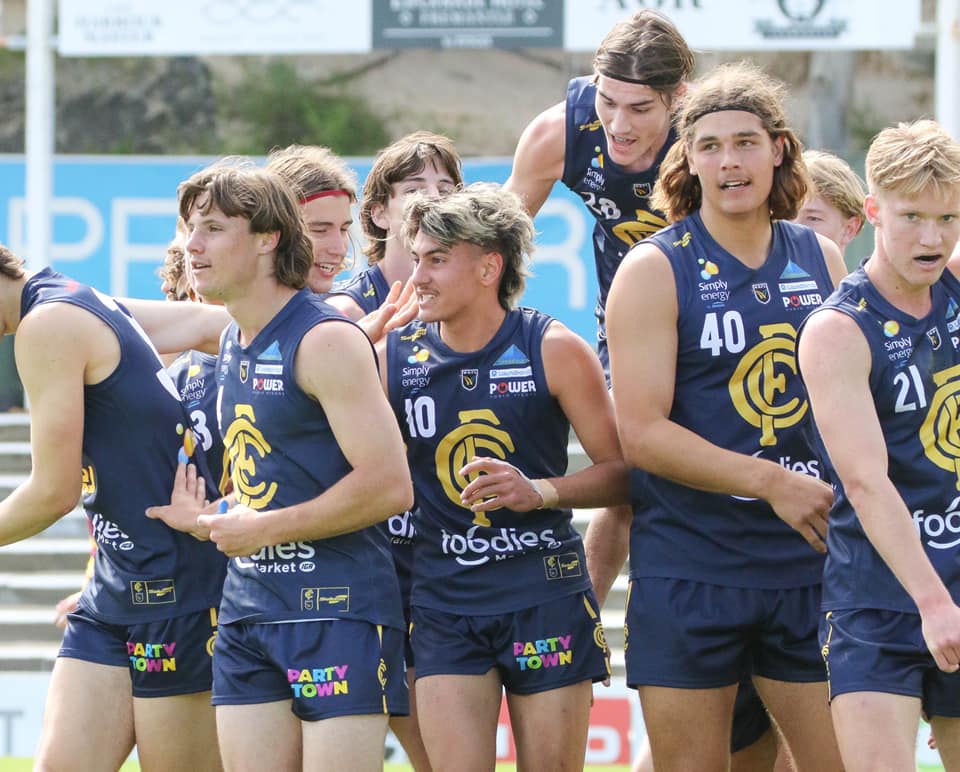 It was Jake Willson who kicked the opening goal of the game, when he was able to burst away from a contest and drill through the goal. Minutes later, Jed Kemp snapped through Subiaco’s first goal of the game. Matthew Johnson laid a strong tackle, which saw Jaxon Bilchuris pick up the loose ball, before banging through his first goal of the morning. After receiving a 50m penalty, Joel Western kicked a goal after the quarter-time siren to give Claremont a five-point lead.

In the early stages of the second quarter, Western remained cool under duress and was able to spot up Jacob Van Rooyen inside 50, who duly converted his set shot. Kieran Gowdie then snapped through another goal for Claremont. Late in the quarter, Jacob Evitt ran onto a loose ball, before running into an open goal, to bring Subiaco to within 11 points at half-time.

After the main break, Bilchuris took a strong overhead mark, before he snapped through his second goal. Logan Guelfi then dribbled through a goal that pushed Claremont’s lead to seven points at three-quarter time.

Van Rooyen kicked the first goal of the final quarter, after receiving a 50-metre penalty. Moments later, Zac Mainwaring snapped through his first goal. Ezekiel Bolton and Matthew Johnson both kicked goals to bring Subiaco to within nine points. However, just before the full-time siren, Mainwaring converted an extremely difficult chance from the half forward flank to ultimately seal victory for Claremont.

Next week, Subiaco hosts East Fremantle in the Preliminary Final.