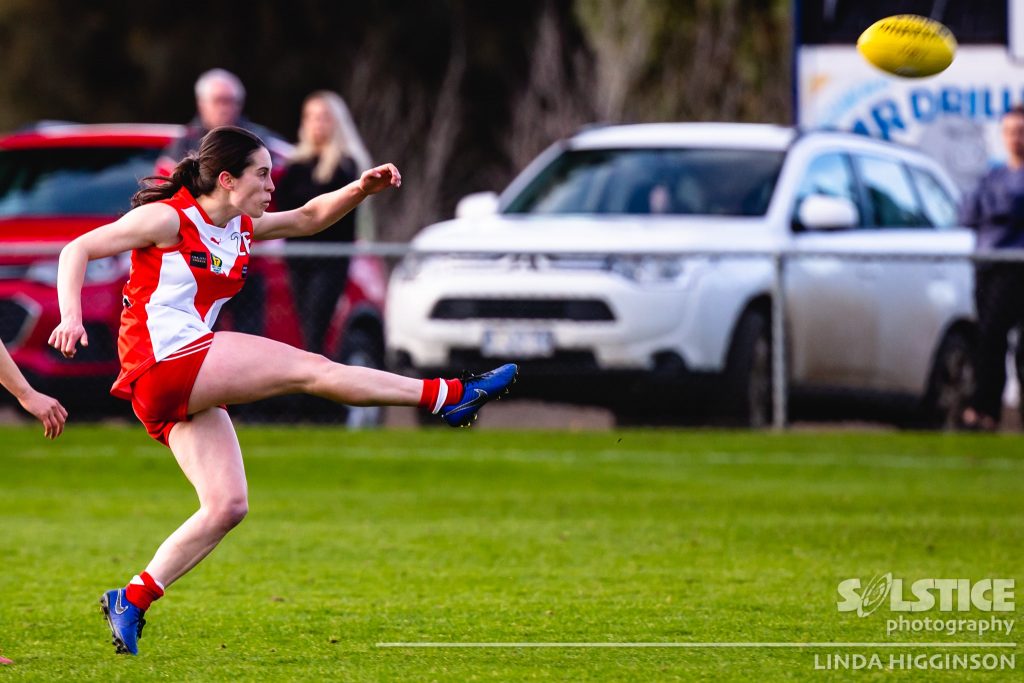 CLARENCE has risen to the top of the Tasmanian State League (TSL) Women’s table after a comprehensive 83-point win over last placed Tigers in the standalone game of Round 10. In a dominant performance from the first bounce to the final siren, Clarence always looked in control and only got better as the game rolled on to win 13.6 (84) to 0.1 (1).

The Roos led by 12 points at quarter time and then 33 points at the main break, booting five goals from nine scoring shots to just one behind at the half. They added three more goals to the total by the last change, extending the margin out to 52 points, before coming home with a wet sail to really open the game up and pile on 5.1 to run out easy winners. They kept Tigers scoreless after quarter time and only the one scoring shot to 19 for the game.

Jacinta Limbrick snagged five goals in an impressive performance up forward, as partner-in-crime Jessie Williams again had a big day out in front of goal with four majors. Amy Edmand kicked a couple of goals, as did Hannah Smith who was named Clarence’s best in the victory. Along with Limbrick, Hannah Smith made the opposition pay forward of centre to be among the top Roos, whilst Tahlia Bortignon, Charlotte Kenny, Vanessa Delpero and Maddison Robertson were also nominated in the Roos’ best.

For the losing side, they had some regular performers stand up with Mikayla Absolom named best-on. Lily Ellis, Mimosa Middleton Miller, Meg Purdon also stood out, while Paige Flakemore and Hailee Baldwin also made their way into the Tigers’ best.

The loss all but means the Tigers will miss out on finals, yet to win a game in seven attempts, with the top four teams to play finals. At the other end of the scale, Clarence has firmed for a top two spot, but needs to still beat Launceston next week to secure top spot, with a loss to see them drop back to second due to the Blues’ higher percentage.

Tigers take on fourth placed North Launceston and would need a massive win to overtake the Bombers. A final round standalone match between the Bombers and Glenorchy will set the scene, who need to win in that match to have any chance of a home final in the opening week.