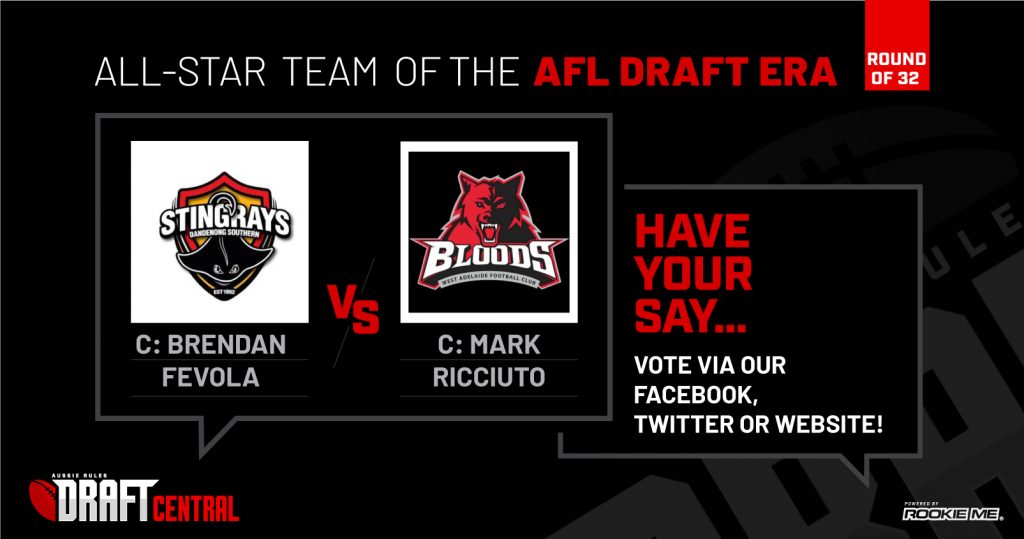 These clubs are seeded sixth (Dandenong Stingrays) and 11th (West Adelaide) respectively, forming another Round of 16 clash in our draw. The winner will qualify for the quarter finals, set to face the Port Adelaide Magpies.

The Stingrays have a number of strengths, but it is hard to look past the spine. With Trent Croad and Justin Leppitsch holding down key defensive positions and Tom J. Lynch and Fevola being the twin towers up forward, they have enough talls to control the airways. Further to that, they have one of the best small forwards of all time in Stephen Milne, and a ridiculously deep midfield with Matthew Boyd, Luke Parker and Nathan Jones providing the hardness, and Lachie Whitfield, Adam Treloar and Dylan Shiel providing the run.

The West Adelaide starting 18 is very strong, particularly in midfield and defence. Ben Rutten and Sam Fisher form a stingy key position pairing down back, supported by the likes of Rory Laird and Beau Waters among the six. It gets even better in the engine room, led by skipper Ricciuto, who is joined by fellow Brownlow medalist Adam Cooney on the ball. Adelaide 300-gamer Tyson Edwards is also among the action, while Shaun Rehn was a straightforward choice for the ruck duties.

The Stingrays do not have too many weaknesses in the line-up with a real honest group of players across the field. If you were to be picky, you would say another small forward or two would be handy, because aside from Milne and Shane Savage – who realistically has been turned into a defender – the Stingrays are relying on their midfielders to rotate up forward.

Scott Welsh featured as an 188cm centre-half forward for the Bloods, though he has swapped with Rhys Stanley up forward, and pure excellence of Tony Modra. While the starting 18 is very solid, West Adelaide’s bench depth is decent, but does not feature as many world beaters.

Both these sides have elite key position talent and would have some dream matchups across the field. Dandenong has a bit more depth and a better balance across midfield and in defence, while the Bloods have a more potent small forward line. Expect the Stingrays to win, but it would be close. 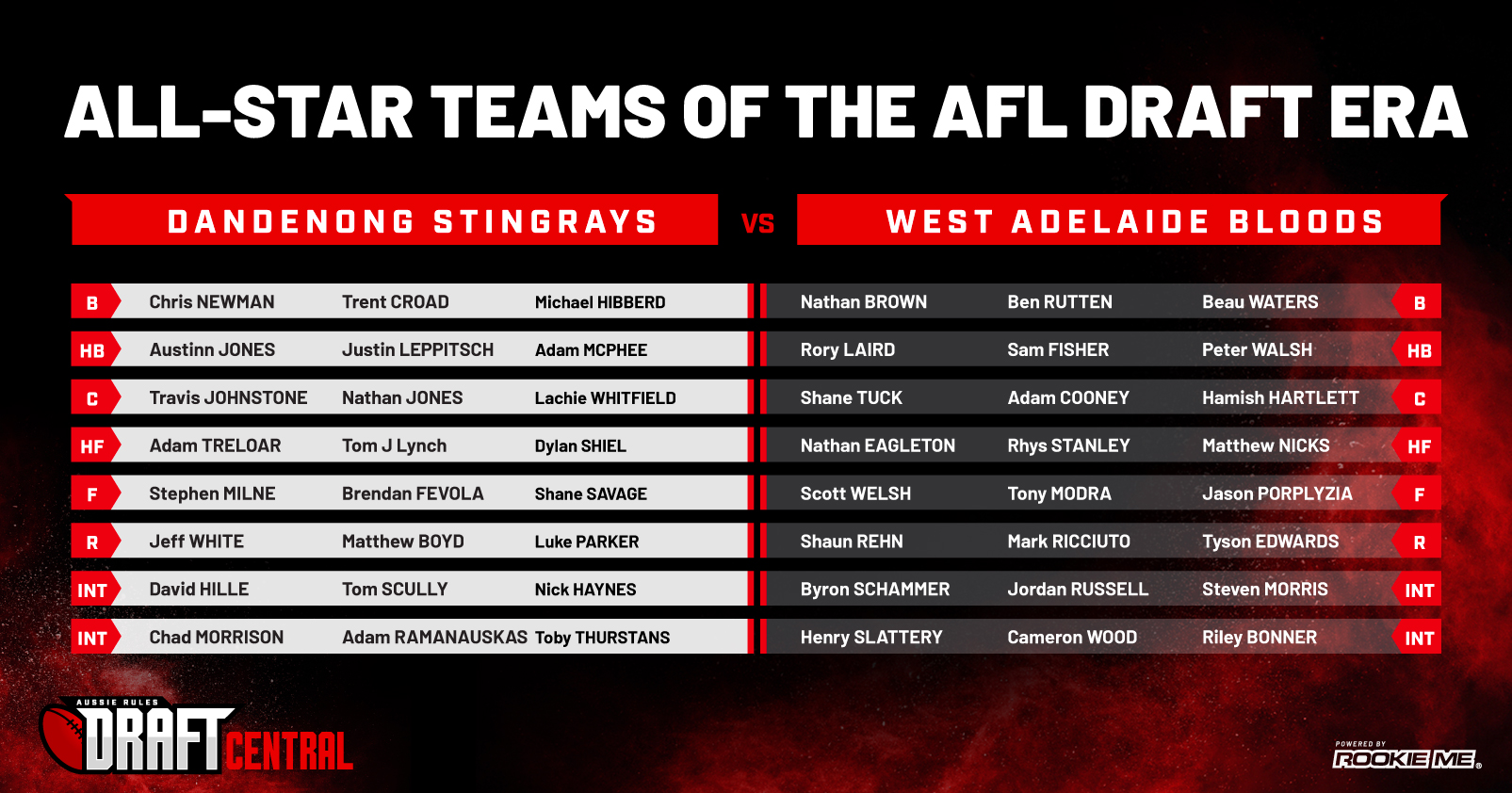