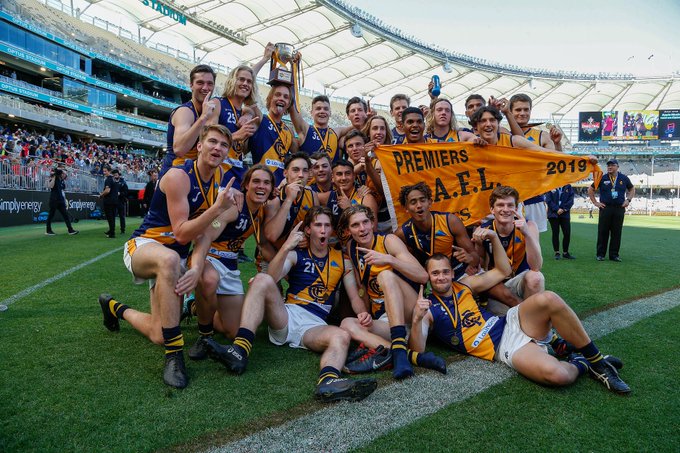 YOUNG talent continues to turn heads at state league level around the nation, and it has been no different across all three WAFL grades upon the competition’s resumption in 2020. As we roll into finals, Draft Central continues its new weekly preview format, highlighting some of the best up-and-comers who will be out to impress with each passing game.

Having helped secure Perth’s first finals appearance in over two decades, young trio Logan McDonald, Conor McPartland and Nathan O’Driscoll will look to drive the only Demons’ side to have made the postseason across all three grades. The latter two have been named in either forward pocket, while O’Driscoll will again get a crack through midfield. McDonald finished the regular season as second-highest League goalkicker (21 goals), while McPartland also brings form as one of his side’s best in last week’s miraculous defeat of South Fremantle. Regan Clarke has been squeezed out of the side as an emergency.

West Perth boasts some young talent which may provide X-factor, with 202cm 20-year-old Zak Patterson rotating off the bench, while Connor West looks to provide some dare from midfield. 2018 Mel Whinnen medalist Tristan Hobley‘s move from Subiaco seems a timely one in hindsight, as he lines up at half-forward while his former club is forced to watch on after a lacklustre season.

The Falcons are also in action at Colts level, up against East Fremantle at Provident Financial Oval. Heath Chapman and Kellen Johnson will finally get to team up in defence, while 19-year-old Callum Johnson slots back into the midfield with fellow over-ager Brady Alvaro. The Sharks will be without Jack Carroll through injury, seeing Finn Gorringe take on some extra responsibility off half-back alongside Brandon Walker. Both 2022-eligible prospects Kane Bevan (West Perth) and Jed Hagan (East Fremantle) are others to keep an eye on.

Despite a sharp fall at League level, Subiaco remains in the hunt among the Reserves and Colts grades. The Lions take on East Perth in the twos, boasting brothers Wil and Liam Hickmott across the centreline, while exciting 21-year-old Thomas Edwards-Baldwin takes his place up forward. The Royals will have reliable defender Jacob Msando at their disposal, while Jack Cooley and Harley Sparks provide value from the bench.

The Lions’ Colts matchup comes against a strong Claremont outfit, with the game’s midfield battle set to provide a high standard. Prolific Subiaco ball winners Jed Kemp and Lachlan Vanirsen are complimented well by tall bottom-ager Matthew Johnson in the engine room, while Claremont lays claim to leading disposal getter Logan Young, who is joined by Joel Western and Cam Anderson under the ruckwork of Kalin Lane. A couple of quality defenders will also line up at either end in the form of Blake Morris (Subiaco) and Jack Avery (Claremont).

The Tigers await battles with South Fremantle in their League and Reserves games, making for a couple of highly-anticipated finals fixtures. South Fremantle, who were undefeated until the League final regular season round, will have to combat the likes of Claremont’s Callan England and Anthony Davis, while fellow youngsters Max Spyvee and Tyron Smallwood are also sure to create some headaches for the Bulldogs’ defence.

Twenty-year-old Kye Barker is an emergency for that game, but lines up in the back pocket for the Reserves. He’s joined by midfielders Jacob Warne and Manfred Kelly in the team, while Claremont’s young contingent includes the pacy Isaac Barton in midfield, as well as Jye Clark and Jack Buller.