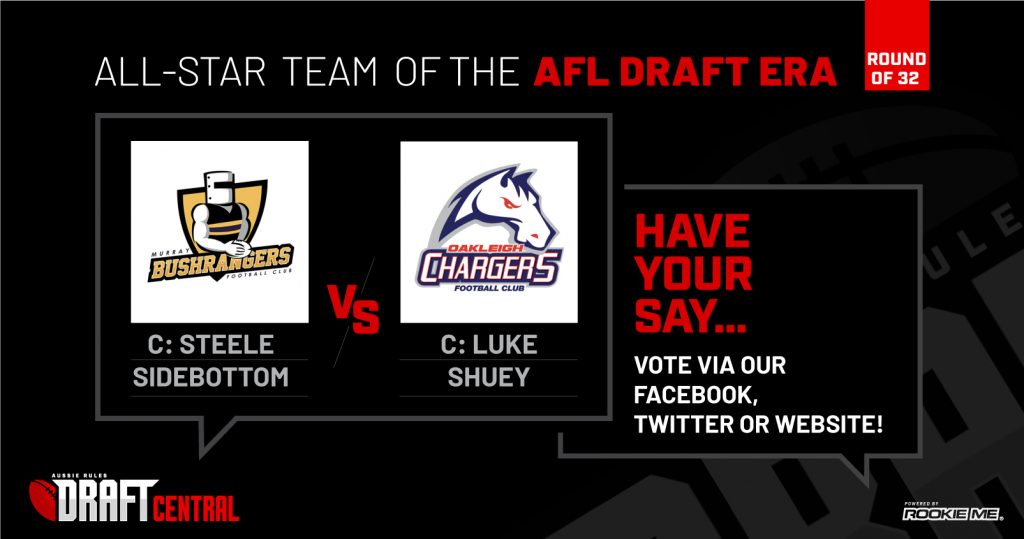 These clubs are seeded fourth (Murray) and 13th (Oakleigh) respectively, forming another Round of 16 clash in our draw. The winner will qualify for the quarter finals, set to face the winner of Northern Knights and Swan Districts.

Where do you start with the Bushrangers? The balance they have across the field is ridiculously good. They have a nice balance of midfielders, plenty of depth at key positions, and a plethora of hard and skilful midfielders. That is before you get to a forward line containing Fraser Gehrig, Barry Hall and Jarrad Waite who provide a three-prong attack to die for. The midfield of Sidebottom, Clayton Oliver, David Mundy, Tom Rockliff and Brett Deledio is just perfect for matching up on any other midfield.

The Chargers have an elite midfield that bats really deep, from the inside talents of Jack Macrae and Dan Hannebery with Marc Murphy, to the outside run of Shuey and Andrew Gaff. The forward line is damaging with the likes of Robbie Gray, Toby Greene, Jordan De Goey and Jack Billings joining Luke Power. With Darcy Moore as centre half-back and Josh Gibson coming across as the third tall, the defence should have great intercepting ability, whilst Todd Goldstein will control the ruck.

The battle of the midfields would be unbelievable, though the Bushrangers would back their defence in against a dynamic Chargers’ forward line.

There really is not one on paper for the Bushrangers. Genuinely their depth goes beyond the squad of 24, with the initial team featuring Josh Fraser who could also come in and replace one of the rucks going around. The only question mark might be the durability of some players with the Reid brothers – Ben and Sam – as well as Jamie Elliott and Justin Koschitzke all having their injury troubles over the years.

The Chargers lack a little in defence, with Bret Thornton the second best key position player, and the depth for small defenders being a little weaker than other sides. Their forward line is undersized, though still provides X-factor, but would need to use the ball well with a lack of height in there.

In this match-up you would expect the Bushrangers to stretch the Chargers’ backline, but at the same time, the speed of the Chargers forward line would trouble the taller defenders there, meaning there is every chance one of the Bushrangers’ key position stocks would drop out and a small come in. 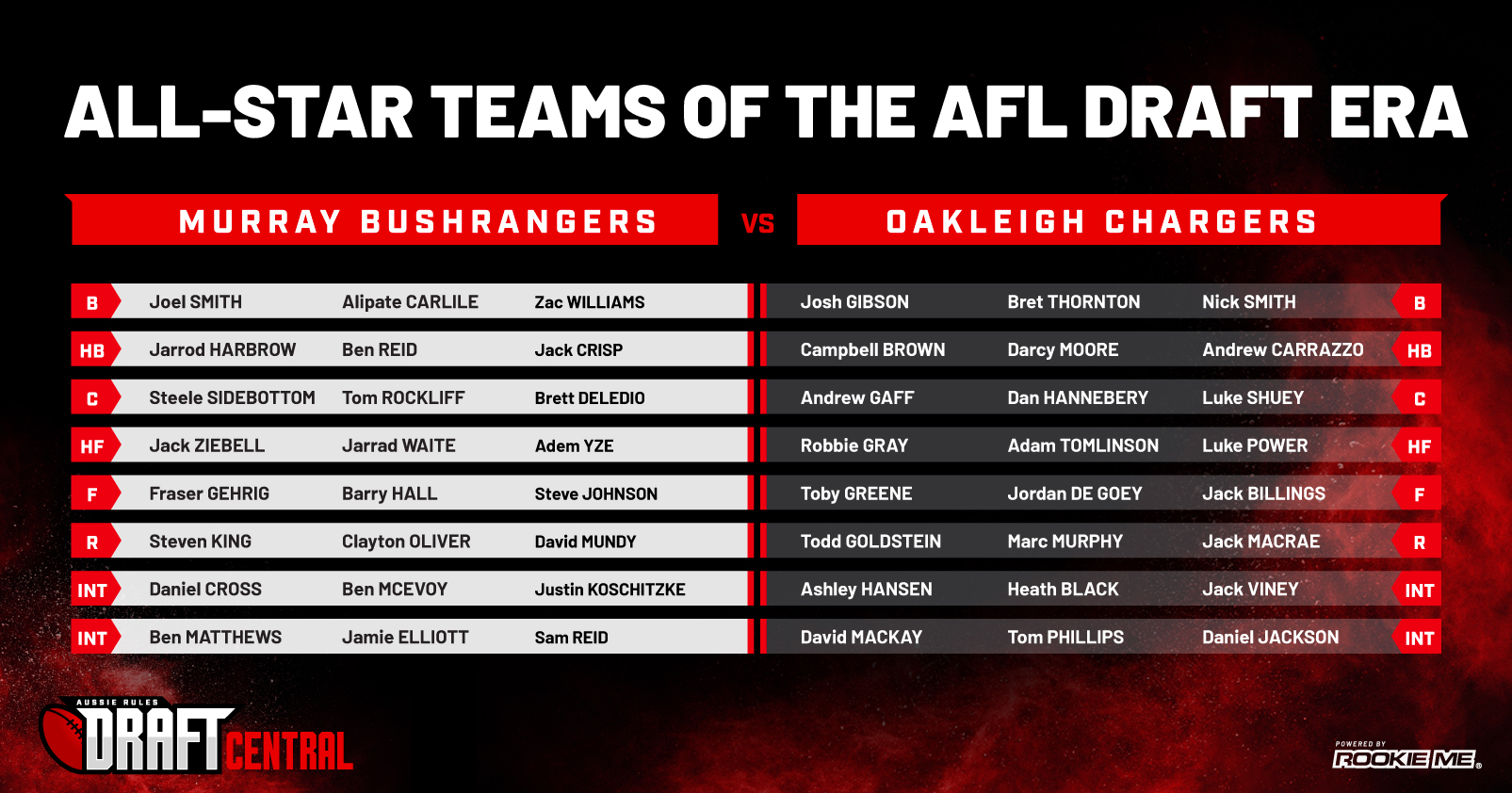 Which team would you pick?
Created with Quiz Maker