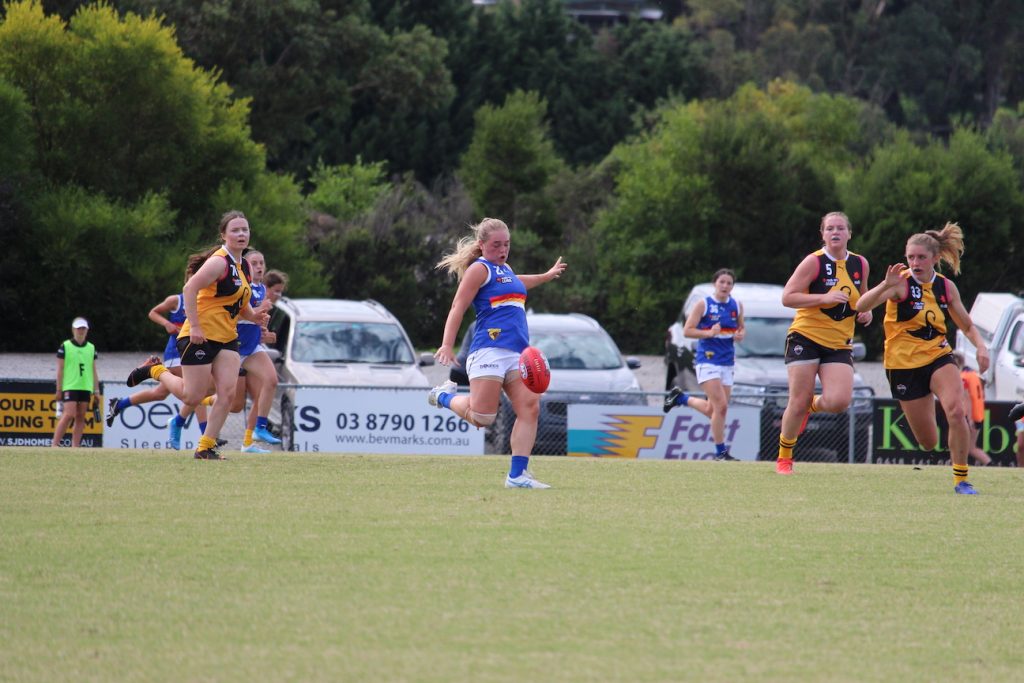 IN a new series focusing on the up and coming AFL Women’s Draft hopefuls, we take a look at some names who would be among their respective states’ top draft prospects for the 2020 AFL Women’s Draft. Next under the microscope is Eastern Ranges’ midfielder Olivia Meagher who was named captain at the Ranges for the 2020 season and always puts in a four-quarter effort.

A pocket rocket who despite standing at just 157cm, strikes fear into opposition midfielders with her tenacity and ability to just hunt the ball and the ball carrier. Meagher will fly the flag for her teammates and lead by example with her fierce determination to grab the loose ball or bring down an opponent. In our recent Final Siren Podcast with Northern Knights’ Jess Fitzgerald, the Knights’ co-captain described Meagher as “terrifying on-field, but one of the nicest people you’ll meet off it”.

Among her key strengths with her defensive pressure are her clean hands and her work rate, which sees her get knocked over and get straight back up again. Most of her disposals are won at either the coalface or because she has simply outworked her opponent to get to possessions on a wing or half-forward. She is able to spot up targets inside 50 and even hit the scoreboard in 2019.

Named Eastern Ranges captain in 2020, Meagher has that natural leadership ability too that stands out on the field. She is a player that teammates love to play alongside because not only do you know she will provide a four-quarter effort, but she will consistently dig in when the chips are down and continue to fight, which she continued to show this year like at Beaconsfield when the Ranges were losing to Dandenong Stingrays.

At her size, Meagher is the kind of player who will likely play as a pressure player around the ground, but you can imagine if she played as a forward, she would worry opposition defenders as they looked over their shoulders regularly. The fact she has the traits that can lend themselves to multiple positions – her clean hands and defensive pressure – means she is able to slot in wherever needed, which is a great ability to have when chasing your dream at the highest level.