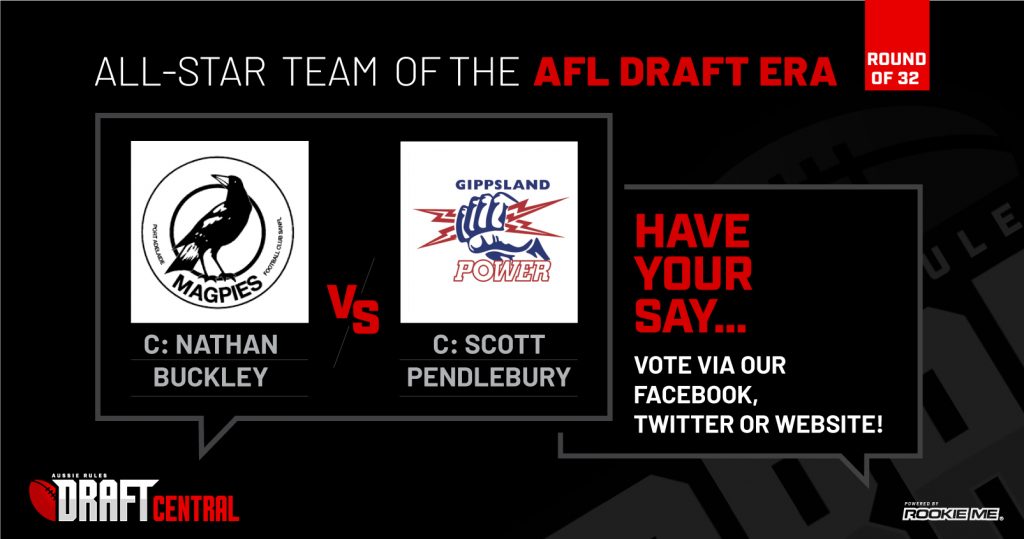 OUR next All-Star Team battle is between a South Australian club in the Port Adelaide Magpies, and a Victorian region in the Gippsland Power. The two captains voted in by the public as the All-Star Players of the AFL Draft era were Collingwood greats, Nathan Buckley (Port Adelaide) and Scott Pendlebury (Gippsland).

These clubs are seeded third (Port Adelaide) and 14th (Gippsland) respectively, forming another Round of 16 clash in our draw. Port defeated Peel Thunder to earn its place in the stage, while Gippsland got the nod over South Adelaide. The winner will qualify for the quarter finals, set to face either West Adelaide or the Dandenong Stingrays.

It’s a near-pointless task identifying the strengths of our proposed Port Adelaide Magpies side, because it is ridiculously good across all three lines. The defence is terrific, headed by the Wakelin brothers – Darryl and Shane – while Brownlow medalists Gavin Wanganeen and Andrew McLeod feature on one side, and are accompanied by 300-gamer Corey Enright and Graham Johncock on the other.

There’s such a great mix of skill and solidity in that bunch, and same goes for the midfield group. The brawn of Buckley and Scott Thompson is complemented well by the presence of Craig Bradley, with the trio boasting nearly 1000 games of AFL experience between them. A bit of x-factor is also evident as Byron Pickett lines up on the wing, while Alan Didak takes his place up forward.

Gippsland’s midfield combination makes for arguably its strongest line, with Pendlebury at the heart of it alongside fellow premiership Magpie, Dale Thomas and Essendon captain, Dyson Heppell. Their presence pushes Brendon Goddard out to the wing, making for a versatile mix of engine room operators. The rebounding quality in defence is also prevalent, led by former Bulldogs skipper Robert Murphy and current Carlton co-captain Sam Docherty, while Jason Gram and David Wojcinski take up either pocket. Needless to say, the side is also made up of plenty of leadership material.

Picking out weaknesses in the Port Adelaide side is like splitting hairs, though one slight issue may emerge against even stronger sides. While quite capable as a premiership player, Scott Lycett is billed to carry the ruck duties largely alone, and would even be tested against the Power as Leigh Brown supports Nathan Vardy.

While Brown takes his spot deep in Gippsland’s forwardline, the Power’s lack of a couple more true key position players could be costly. The 191cm Sean Dempster and 194cm Mark Stevens slot in up either end, and are surrounded by plenty of class.

You simply cannot go past the Port Adelaide Magpies in this matchup, with their class across the board simply too much for the Power. The Magpies match, if not beat Gippsland’s greatest strengths, and will go deep in this tournament. 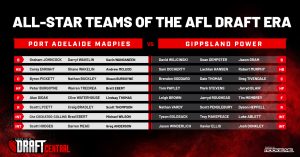 Which All-Star Team would you pick?
Created with Quiz Maker LMS