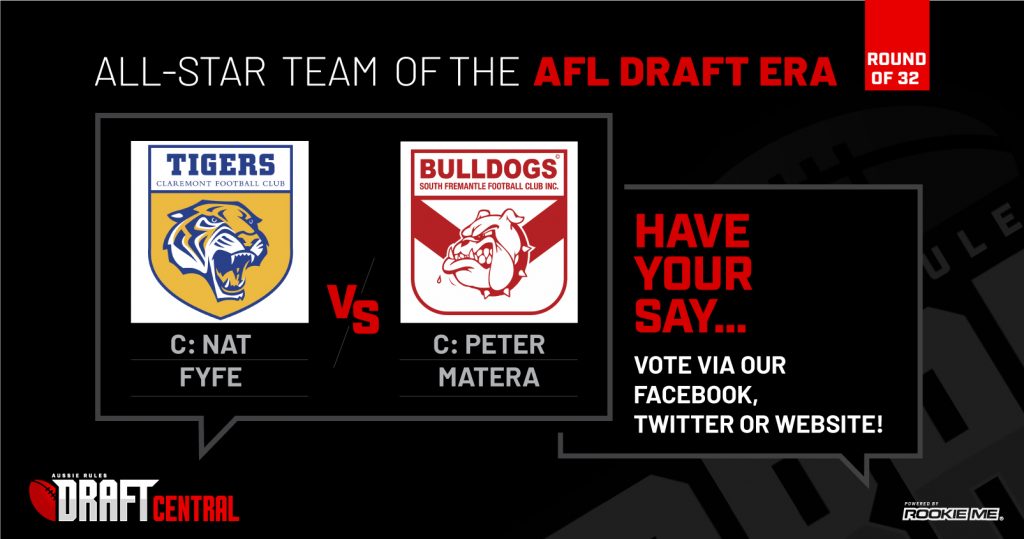 OUR next All-Star Team battle is between two West Australian clubs, in the Claremont Tigers and South Fremantle Bulldogs. The two captains voted in by the public as the All-Star Players of the AFL Draft era were Fremantle captain, Nat Fyfe (Claremont) and West Coast great, Peter Matera (South Fremantle).

These clubs are seeded seventh (Claremont) and 10th (South Fremantle) respectively, forming another Round of 16 clash in our draw. The winner will qualify for the quarter finals, set to face the Geelong Falcons.

Claremont’s defence and midfield jump off the page most significantly, though South Fremantle is arguably just as strong in both areas. The Tigers boast premiership Eagles of differing eras in Jeremy McGovern and Ashley McIntosh at the key position posts in defence, while Guy McKenna and Heritier Lumumba complete up a terrific half-back line, and the pockets are filled by the very capable Alan Toovey and Eric Mackenzie.

Glen Jakovich and Darren Gaspar make for another talented key position defensive pairing, with James Clement in tow, and John Worsfold joined by the ‘Miracle on Grass’ hero, Ash McGrath across half back for South Fremantle. The Bulldogs’ midfield also stands up to Claremonts, with their on-ball trio of Tim Kelly, Peter Bell, and Clinton Jones stacking up well against Claremont’s Fyfe, Tom Mitchell, and Matt De Boer.

While top 10 clubs often boast few chinks in their armour, there is one glaring hole in South Fremantle’s ruck department. Cam McCarthy, an undersized key forward as it were, fills that spot, up against a formidable opponent in Michael Gardiner. The bench depth on either sides doesn’t quite match up to the starting standard either, but that is to be expected.

This is a tough one to call, but despite what our seeding system may suggest, we fancy South Fremantle in this matchup. Despite the ruck fault, the Bulldogs’ midfield is strong inside and out, Their forwardline boasts over double the amount of goals of Claremont’s, while the back six matches up quite well too. 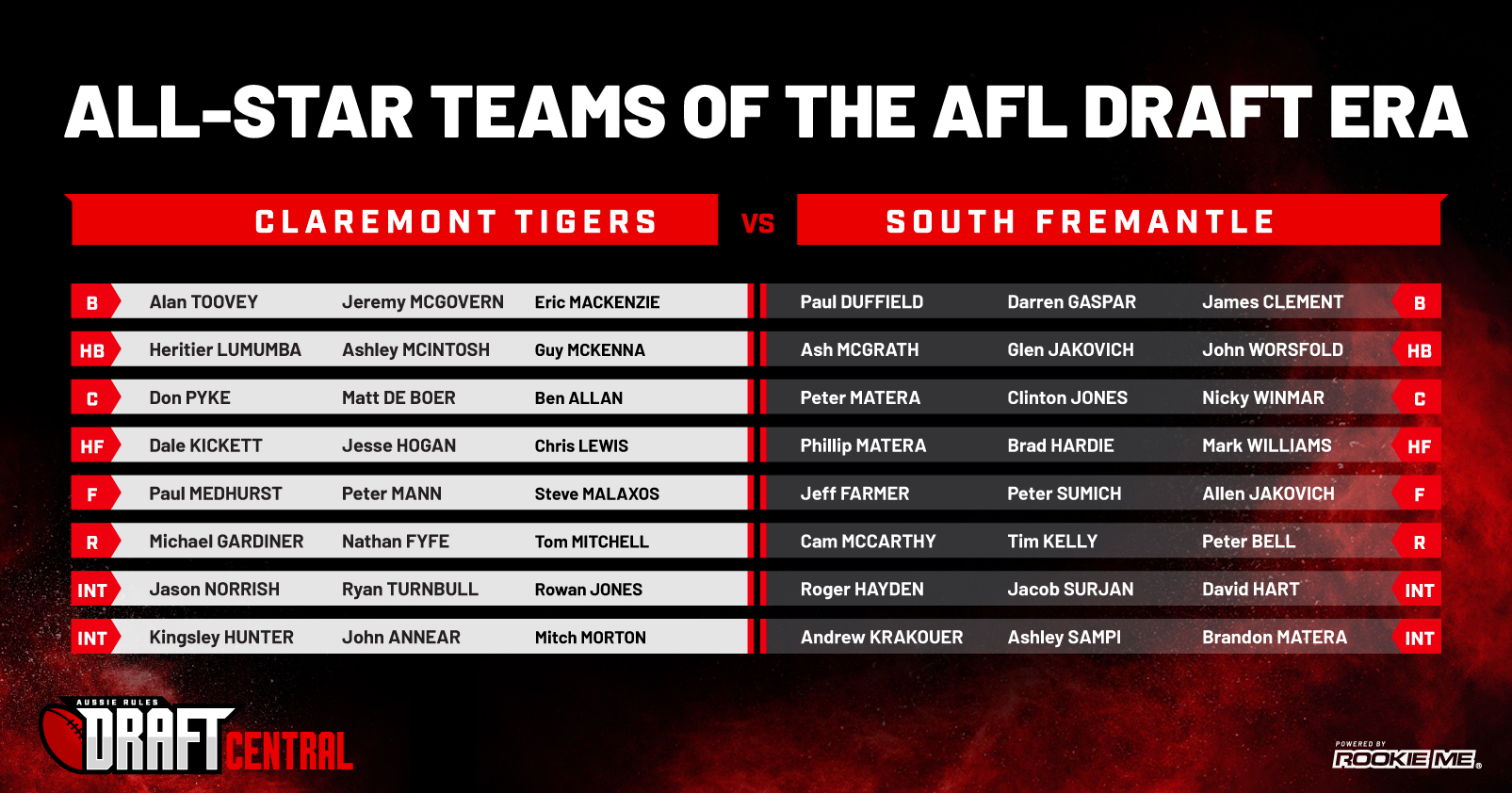