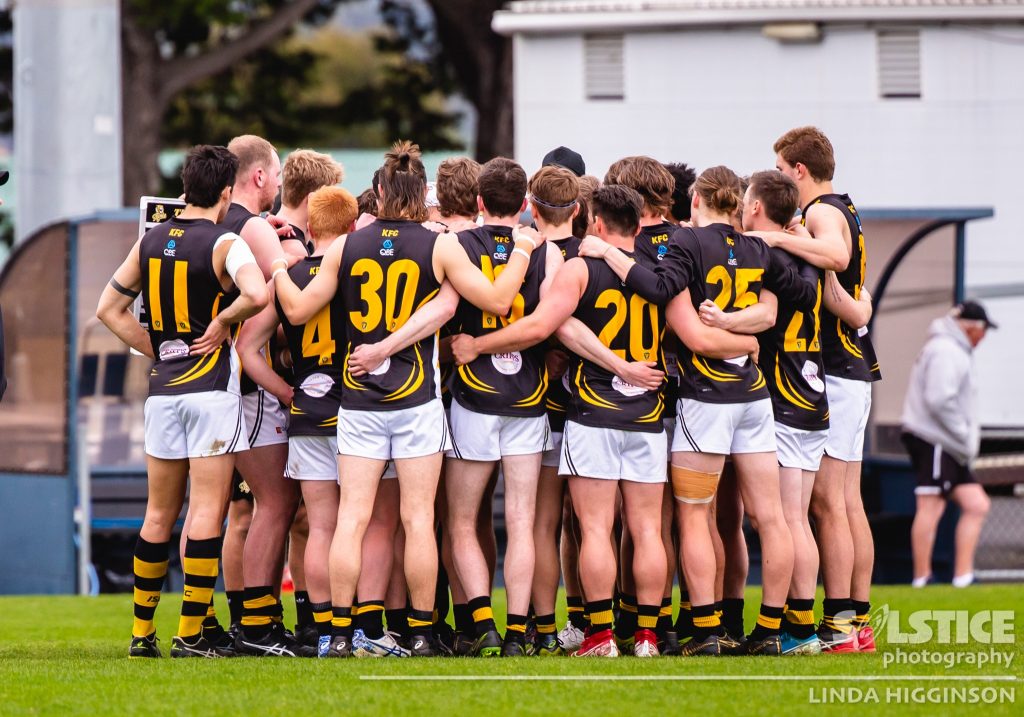 NORTH Launceston has gained top spot on the 2020 Tasmanian State League (TSL) ladder again after Launceston lost its third game of the season to slip to second on the table. With most of the AFL Draft hopefuls injured or playing school football this weekend, we focused on the game between Lauderdale and Launceston, and then wrapped up the other matches.

Lauderdale came from behind to defeat Launceston at Lauderdale Oval on Saturday afternoon, defeating the Blues 18.7 (115) to 7.10 (52). After Launceston kicked the first three goals of the match Lauderdale responded in emphatic fashion for the rest of the game as they claimed a 64 point win.

Tigers remarkably kept their finals hopes alive with back-to-back upset wins in Round 9 leaving North Hobart and Glenorchy in their wake. The Tigers won both games on the road by a combined 15 points, defeating the Demons in a mid-week fixture by five points, then toppling the Magpies on the weekend by 10 points.

Heading to school footy on the weekend, Sam Collins played on Wednesday night and helped himself to 17 disposals, six marks – two contested, three tackles and five one percenters, whilst fellow draft hopeful, Jye Menzie (12 disposals, six marks – two contested – and one goal) also player. Jayden Charlton stood out with 20 touches as at elite 90 per cent efficiency and 50 per cent contested rate, also having eight clearances, three marks and two inside 50s. Sam Caswell (14 disposals, two marks, seven clearances, two inside 50s and a goal) was the other Bomber to stand out in the loss.

In the other match of the weekend, North Launceston went outright top on the TSL ladder with a nine-point win over Clarence. The Bombers had to come from a four-point half-time deficit to win in a tight one, led by Brad Cox-Goodyer (23 disposals, five clearances, seven inside 50s and a goal) and Jay Foon (23 disposals, seven marks and nine rebounds). Josh Ponting (19 disposals, six clearances, six inside 50s and eight tackles) was lively, whilst bottom-ager Baynen Lowe booted two goals from 14 disposals.

For the Roos, Chris Nield was unstoppable up forward, slotting five straight goals from eight disposals and five marks – two contested – while Keegan Wylie was a standout through the middle with 21 disposals, four marks, 10 rebounds and a goal. Jarrod Harper was next best with 15 disposals, three clearances and three inside 50s, while Keren Howlett tried hard for 10 disposals, four clearances, three tackles and three inside 50s.