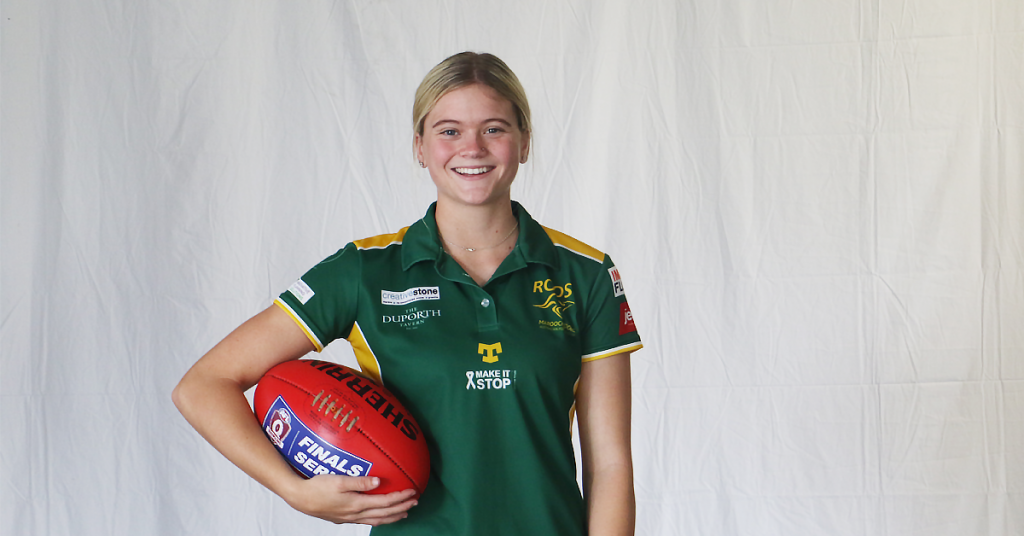 MAROOCHYDORE and Yeronga South Brisbane are through to the semi-finals after winning their respective elimination finals on the weekend in the Queensland Australian Football League (QAFL) competition. The Roos accounted for University of Queensland by 53 points in a one-sided contest, while the Devils knocked off a title contender in Coorparoo by just nine points.

In what was a low-scoring start, Maroochydore led by just six points at the first break, then piled on four goals to zero in the second term to race out to a 31-point advantage. By the final break the margin was 51 points with a further three goals added to the total. Both sides added two goals in the final term – which included the Red Lionesses only two majors of the game – which meant Maroochydore got up 10.9 (69) to 2.4 (16).

Shannon Campbell booted five goals in the big win for the Roos, as the home side had six individual goalkickers. Also named among the Roos best were Brisbane AFL Women’s young guns, Lily Postlethwaite and Isabel Dawes, as well as Ashleigh Hales, Jacqueline Dupuy and Maggie Harmer. For the Red Lionesses, Dakota Davidson finished her season off with another two goals, while Mia Teubler, Jamie Stone and Nat Grider were all named among the visiting team’s best.

In the other game, Yeronga South Brisbane kicked five goals to zero in the third term to set up a memorable nine-point victory over Coorparoo. The Kings actually led by a point at quarter time and three points at the main break, having edged ahead when the siren sounded in each quarter. That soon changed with the Devils booting 5.2 to 0.1 in the third term to race away to a 28-point lead, and whilst they only managed 0.2 to the Kings’ 3.3, it was a big enough advantage to get home, 8.10 (58) to 7.7 (49).

Lexia Edwards snagged three goals in the win, while Jordan Zanchetta and Emily Bates both kicked a goal apiece and were named among the bests. Also named in the bests were Devils talents, Jade Pregelj, Lauren Arnell, Madison Goodwin and Emmii-Lee Zanker-Close. For the Kings, Tori Groves-Little and Jamie Stanton both snagged two majors, as Tahlia Hickie, Ally Anderson and Jess Wuetschner used their AFL Women’s experience to snag a goal apiece. Meg Muir and Charlotte Edmunds were also named among the Kings best in the loss.

Next week the Devils will face the top of the table Bond University for a spot in the grand final, while the Roos will take on second placed Coolangatta Tweed in the other semi-final.