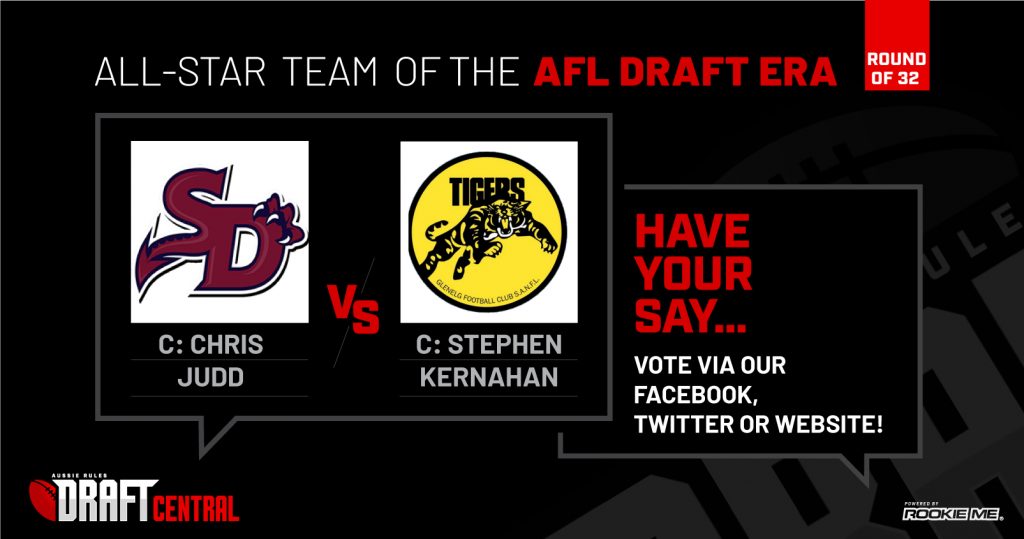 OUR next All-Star Team battle is between a Victorian region in the Sandringham Dragons, and a South Australian club in the Glenelg Tigers. The two captains voted in by the public as the All-Star Players of the AFL Draft era were Chris Judd (Sandringham) and Stephen Kernahan (Glenelg).

These clubs are seeded eighth (Sandringham) and ninth (Glenelg) respectively, forming another Round of 16 clash in our draw. It is our closest matchup yet, with just one place separating the two sides. The winner will qualify for the quarter finals, set to face top seed East Fremantle.

Needless to say as we enter the top 10 realm, both of these sides boast a bunch of high-end AFL talent across each line. Sandringham lays claim to one of the best midfields of the lot, led by Judd who is supported by the likes of Josh Kennedy and Luke Ball, while Jobe Watson is pushed out to a wing alongside Zac Merrett. That’s not to mention Andrew McGrath at half-back and Josh Kelly at half-forward, with Tim Taranto and Angus Brayshaw also waiting in the wings. Scary depth.

Glenelg’s defence is arguably its best line, with the versatile Rod Jameson lining up at full back and Chad Cornes in front of him, while former Carlton greats Andrew McKay and Bryce Gibbs line up at half-back. Ironically, McKay’s daughter Abbie, and son Charlie have both recently come through the Sandringham program. Andrew Mackie is also a key part of the back six, which is rounded out by Tom Logan.

Both teams are a touch undersized at full back, though both players would arguably fare no worse as super competitors. Jason Blake (189cm) takes up the role for Sandringham, while Jameson (185cm) is Glenelg’s man. Apart from that factor, finding weaknesses is like splitting hairs.

It is a tight one, but Sandringham is hard to look past here. There is some serious firepower on both sides, but with such a deep midfield a forwardline to match the Bays, and greater bench depth, it is the Dragons who we feel come out on top. 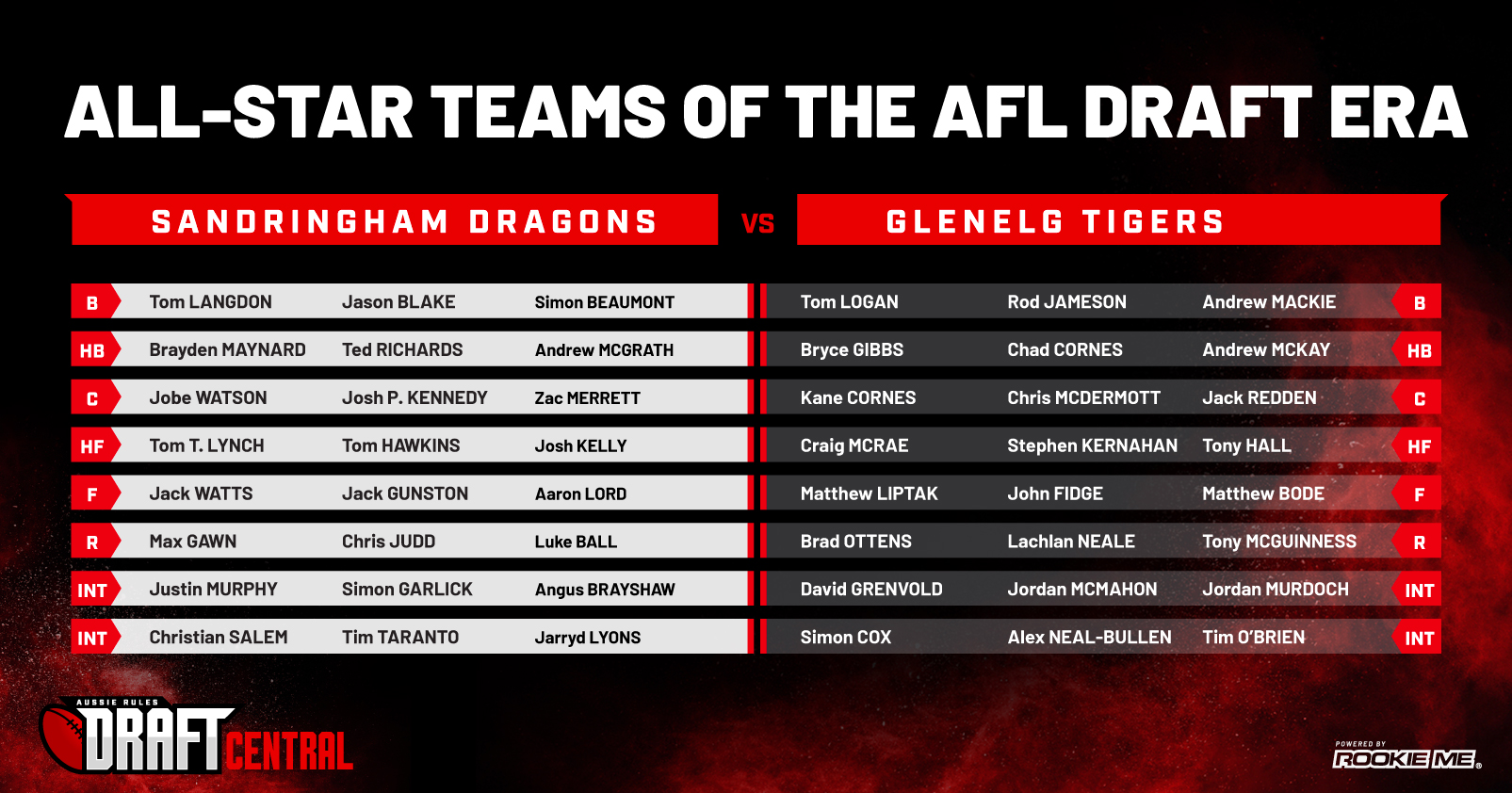 Which All-Star Team would you pick?
Quiz Made here