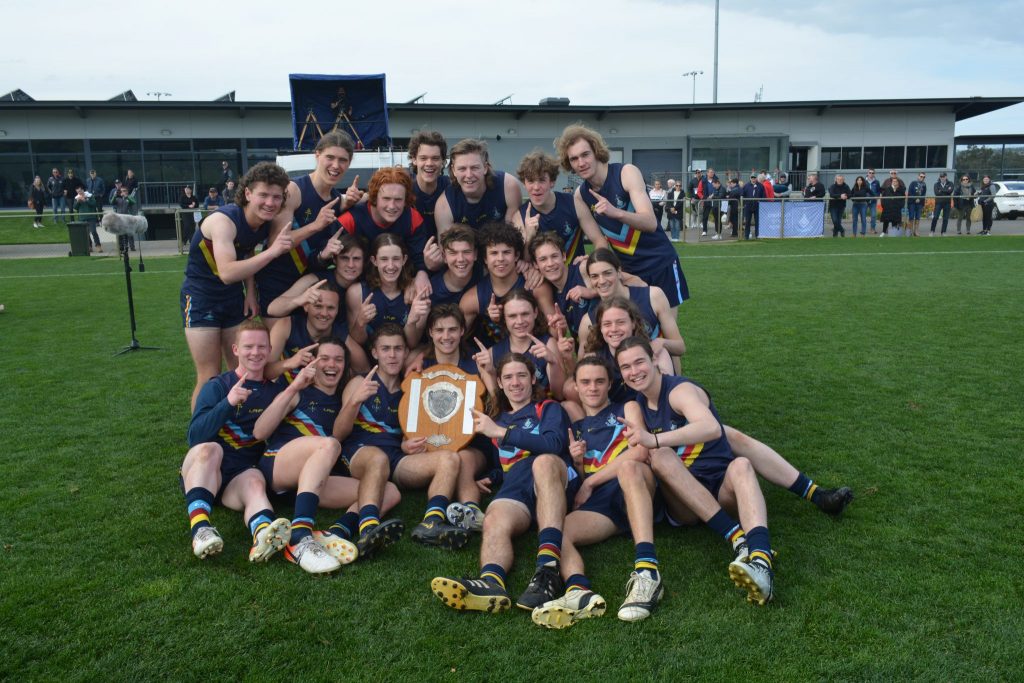 Whilst St Patrick’s was missing bustling key forward and co-captain Jackson Callow, Guilford Young was also without fellow AFL Draft Combine invitee and Academy member Patrick Walker. It meant the remaining AFL Academy members – Oliver Davis, Sam Collins and Banks – ran out for the winners, while a host of developing talents including Holmes, North Hobart’s George McLeod, and Clarence’s Baker Smith also impressed in the win. For St Patrick’s the players to watch coming into the match were Oliver Sanders and Isaac Hyatt who had both had impressive showings at Tasmanian State League (TSL) level lately.

Despite not possessing the majority of state league talent and missing Callow as a target up forward, it was St Patrick’s that took an early lead into quarter time. Guilford Young owned forward half possession, but missed a few chances and it took until Lincoln Arnold kicked a great goal off the hands of Davis to register the first major of the game. Six minutes later, Declen Chugg put through a running goal and his effort was matched 90 seconds later by captain Bailey Gillow who made no mistake.

The Hobart-based side came out firing early in the second term as Lachlan Rowlands capitalised from the set shot, but it was all St Patricks from there. The green and gold side piled on four of the next five goals, with Chugg kicking a second, while Oliver Chugg, Zach Morris and Angus Jeffries all capitalised with majors. Only ruckman playing the role of rover, Ryan Hapka managed to get one against the momentum, roving Holmes’ marking contest in the square midway through the term to capitalise with quick thinking.

Trailing by 14 points at half-time, Guilford Young needed something special, and that someone was Holmes who booted five of the last six goals of the game. The bottom-age contested marking specialist missed a few chances in the first half, but he was kicking them from everywhere in the second, as he and Arnold (second goal) made the opposition pay. His five goals proved a match winner and he was clearly the best on ground to help Guilford Young to its first SATIS title in 18 years.